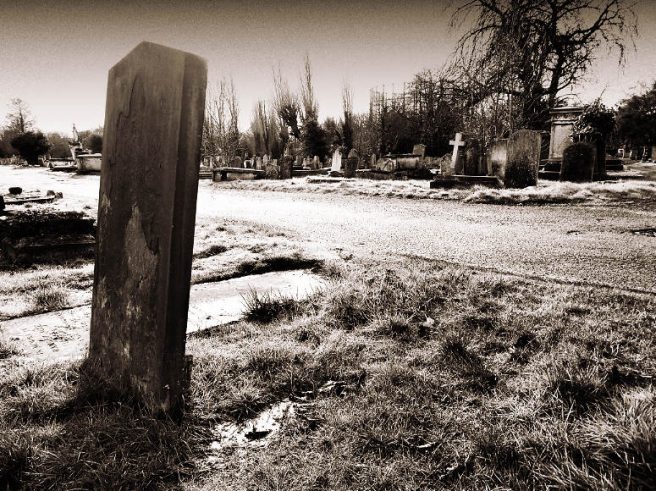 On Monday the 7th of September 1835 a sombre meeting was convened at the Masons’ Arms in Titchborne Street, which runs north west off the Haymarket end of Piccadilly.  Sixteen men gathered to carry out their civic duty as jurors at a coroner’s inquest.  The coroner, with jurisdiction over the county of Middlesex, was Thomas Stirling, who was advanced in years but renowned for his penetrating judgements.  The subject of the inquest was the death of William Henry Duncan Stanynought, who had been killed on the previous Friday by his father, Henry Stanynought. 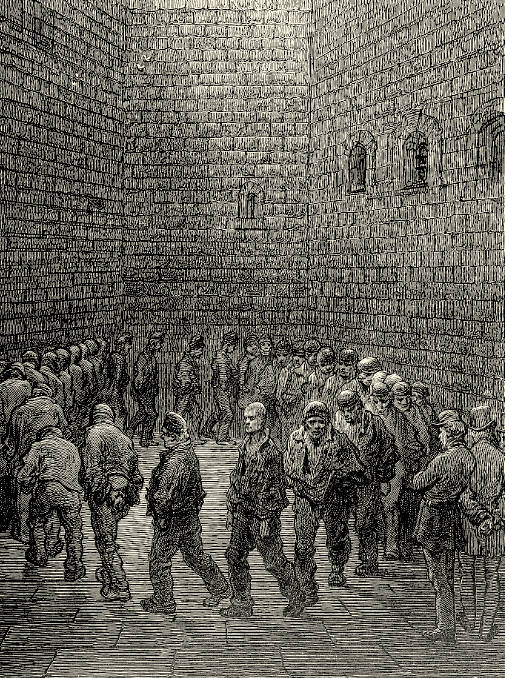 Newgate prisoners in the exercise yard.  Image in Gustave Doré and Blanchard Jerrold London: A Pilgrimage (1872) between pages 136 and 137.

Stanynought, aged thirty-seven, was a bookseller with premises at 84 Connaught Terrace, just off the Edgware Road.  You may have read the tragic story of his filicide in my previous posts—of his mental deterioration following the deaths of three of his children and the consequences of his faltering grip on reality.  At the time he was labelled—with grim precision—the very worst sort of murderer.  But one cannot help feeling that the truth of matter is more complicated than the label suggests.  Both Henrys—victim and perpetrator—were caught up in one and the same nightmare.

Of course, as a necessary part of the procedure, the jury viewed the body of the dead child.  We have a medical account of its condition, but there is nothing to be gained by recording the details here.  The implements with which death had been inflicted and suicide attempted—the boot-jack and the knife—were produced.  The schoolmaster, John Finch, and the shopman, William Jerams, were called as witnesses.  They agreed that Stanynought had never recovered from the death of his daughter Ellen.  Finch opined that Stanynought had not displayed any symptoms of insanity in their last conversation, which had taken place on the Thursday evening only hours before he had fatally assaulted his son.  A third witness, a doctor by the name of Thomas France who had examined Stanynought in the aftermath of the assault, was convinced that he was insane, for no sane man would kill his own child.  He knew the family, so he was happy to affirm that the boy had been dearly loved by his father, whose calamitous loss of reason had been a thing of the moment, a sudden and inexplicable affliction.

HIS MAJESTY’S PLEASURE
The jury accepted the possibility that Henry Stanynought had been labouring under “temporary mental delusion” at the time of killing.  However, the coroner concluded that he had been guilty of wilful murder, and referred the case to the Central Criminal Court.  Two weeks after the inquest at the Masons’ Arms, on Monday the 21st of September, a jury at the Old Bailey decided that Stanynought had indeed been in “a state of mental derangement” at the moment he acted.  The judge sentenced him to confinement “during his Majesty’s pleasure” in an asylum for the insane, but, acceding to the pleas of his friends, allowed him in the first instance to be sent to Newgate Prison. 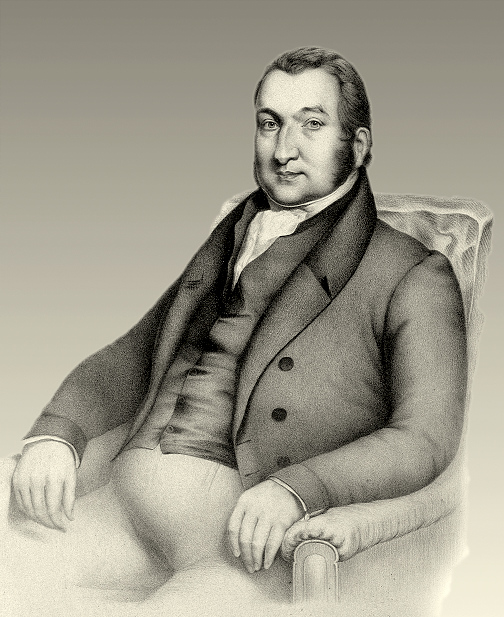 In Newgate, as the weeks passed, Stanynought’s condition improved.  The wound he had inflicted on himself with the knife gradually healed.  He asked for books to be sent from 84 Connaught Terrace, and for three or four hours a day he would read, and write letters to his many relatives, some of whom came to visit him.  On the whole his state of mind appeared stable, but in recognition of the very great mental strain he was under he was closely watched both night and day.  He suffered bouts of depression, and on one occasion, when his attendant was momentarily distracted, he seized a large toasting-fork hanging by a fire, and plunged it into his left side.  However, the wound was not fatal, and his life was saved by the prison surgeon.  He was judged too high a risk—as indeed were a number of the criminally insane at Newgate—and efforts were made to have him removed to an asylum.

VERY DESPONDING
Accordingly the wretched man was sent to Peckham House, a private asylum under the management of Mr Peter Armstrong.  The transfer had been arranged by Dr France, and payment to the asylum was undertaken by Lucy Stanynought’s brother, Edward Collins, a prosperous brewer.  And so on a cold Monday in the middle of November, with autumn rain falling in London, Lucy’s husband was delivered to Peckham House, where he was received by the head keeper, William Ludlow.  On the same day Lucy gave birth to a son, who was given the name Charles.

Ludlow would later claim that Stanynought was treated with “the utmost care and attention” that his distressing circumstances made necessary.  He was never left alone, and Ludlow and another keeper watched over him at all times, and accompanied him whenever he walked around the premises. However, Thomas Stanynought, writing to Dr France, told a very different story.  On arriving at the asylum his brother “was immediately placed under bodily restraint”, and this extreme measure, which was in due course dropped, had clearly exacerbated his condition.  Surrounded by patients displaying their own distressing symptoms, he had sunk even lower.  Thomas went down to Peckham at the start of December.  He was saddened by Henry’s condition—he found him “very desponding”—but was able to rally his spirits with a promise that he would arrange a further transfer.

The asylum at Hanwell in Middlesex.  Image in The Illustrated London News 20 May 1843.

Thomas wanted Henry removed to Dr Martin Allen’s asylum in Epping.  Lucy supported the proposal, but it was blocked by the Home Secretary, Lord John Russell, who considered Allen’s establishment unsuitable.  The government line was that Stanynought should be sent to Sir William Charles Ellis’s asylum in Hanwell.  However, Ellis himself thought that Epping was the better option, and he managed to persuade Russell to give his permission.  And in all likelihood this would have proved to be a humane outcome for Stanynought, and a source of comfort to his long-suffering wife, had it not been for a final tragic turn of events.

MR STANYNOUGHT! MR STANYNOUGHT!
On the 29th of December—a Tuesday—Stanynought played bagatelle with Peter Armstrong.  He had done so on many previous occasions, which perhaps gave the staff at Peckham House a false sense of security.  However, their complacency was not shared by a visiting doctor, Peter Smith Manico, who had seen Stanynought every day for the last two weeks.  He had detected so pronounced a “gloomy despondency” in the patient that he recommended that a very close watch be kept on him. 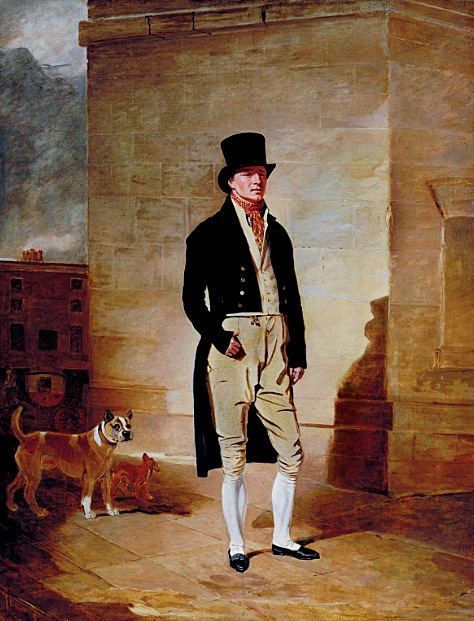 The next day dawned cold and cloudy.  At half past six, on the ringing of the early bell, Stanynought and two other inmates came down to breakfast in the coffee room, accompanied by Ludlow.  At about ten to seven he told Ludlow that he wanted to use the water closet, which was nearby in the garden.  Ludlow, sitting in the breakfast room, watched as he closed the door behind him.  Five or more minutes passed.  Ludlow, beginning to suspect that something was amiss, went up to the door.  “Mr Stanynought!” he called.  “Mr Stanynought!” he called again.  Getting no response Ludlow pushed the door.  As the door appeared to have a heavy weight pressing against it, Ludlow had to force it open.

What Ludlow now saw shocked him.  High up was a clamp stapled to the wall and supporting the pipe that supplied water to the closet.  Stanynought had prised the staple free of the wall just far enough to attach his belcher—a long neckerchief—and in this way he had made a noose for his neck.  He had jumped from the seat of the closet.  The noose was not tight, but Stanynought’s weight had forced it round his neck, enough to choke him.  His body had slumped against the door, with his feet just touching the floor.

When Ludlow tried to release Stanynought from the belcher, the clamp gave way, and he was able to lower the body to the floor.  He went in search of the house surgeon, and he, a young man by the name of Richard Kay Morton, came running to help.  Morton bled the inanimate Stanynought by opening the jugular vein, but his efforts were as belated as they were futile, for the wretched man was already dead. 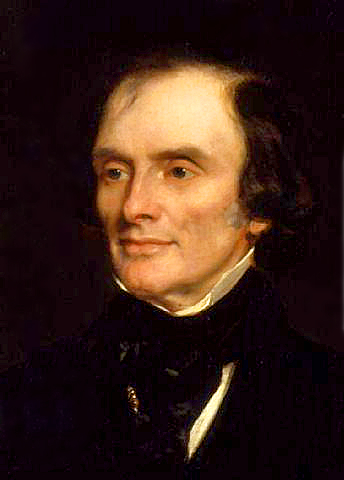 AN UNFORTUNATE CIRCUMSTANCE
Just as we began with an inquest, so we must end with one.  In both cases the body was that of Henry Stanynought.  The two Henrys were separated by age, one a man of thirty-seven, the other a boy of ten.  But they were bound one to the other in the circumstances of their lives—as father and son—and bound again at the very end in the tragedy of their deaths.

The second inquest, held at Peckham House on the day after Stanynought’s death, was presided over by Richard Carter, the coroner for the county of Surrey.  On the afternoon before, only hours after the body was discovered in the water closet, Armstrong had communicated the news to the Home Secretary.  His letter was brief and to the point, referring to his “painful duty” to report the suicide, and his earnest hope that an inquest would establish that no blame for “the unfortunate circumstance” was to be laid at the door of any of his staff.

The jury duly absolved Peckham House of any responsibility for the tragedy.  Thomas Stanynought was present throughout, and agreed with the verdict.  He saw his brother buried in Kensal Green early in January 1836, and one wonders what life thereafter must have been like for a man who had seen two nephews and a niece die very young of natural causes, and his own brother kill a third nephew before hanging himself in the most sordid of circumstances.

HERE LIE
Only two or so weeks after the burial Lucy Stanynought advertised for a lodger.  She listed the advantages of the address in Connaught Street—near the parks, a short walk from Oxford Street, omnibuses to the city every three minutes—but it is hard to imagine why anyone who read the newspapers would want to live in the room above the shop.  There was a bit of fuss over Henry’s will, which had not been formally drawn up by a lawyer, but had been written by Henry himself on a sheet of paper one day in 1833.  Lucy managed to have it proved—this was in 1839—but even then the only property that came to her was household furniture and stock from her husband’s business. 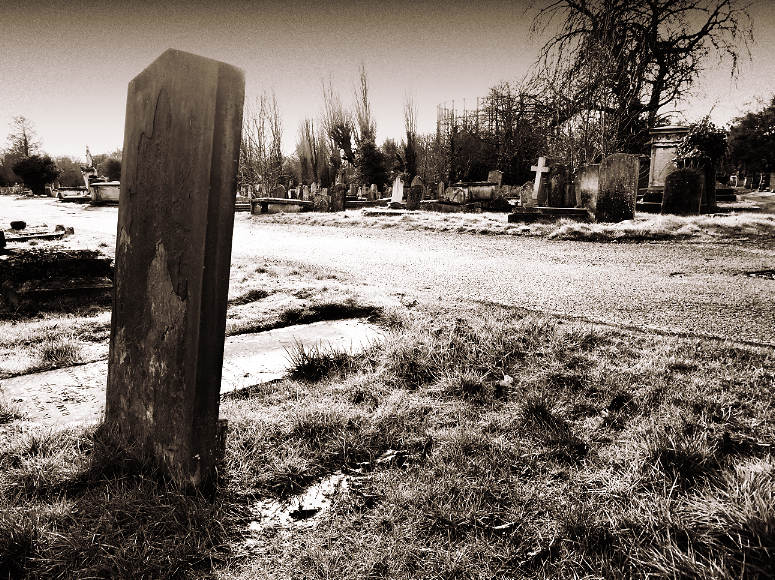 She died on the 11th of December 1868 at the age of seventy-two.  She never remarried, and at the time of her death she was living in Porteus Road, on the other side of Edgware Road from Connaught Terrace.  She too was buried in Kensal Green.  She has a grave of her own, but she has not been entirely separated from her family, for her name appears on the sad and featureless headstone beneath which lie Francis and Edward, and Ellen, and Henry William Duncan, and Henry.