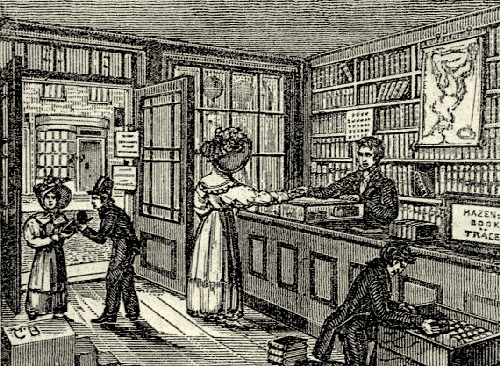 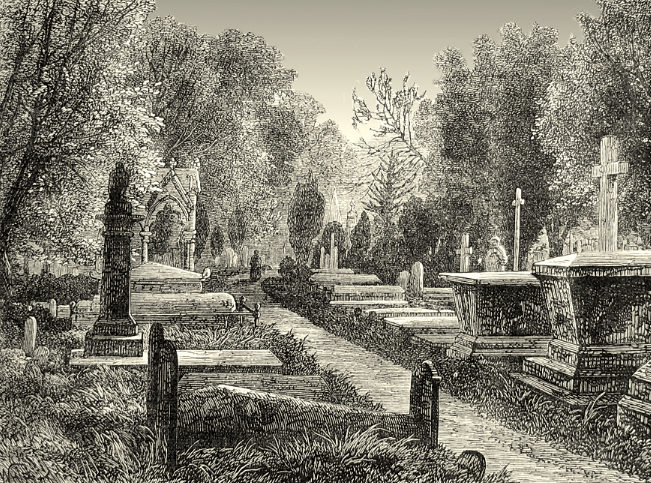 In Kensal Green Cemetery there is a grave where five members of the same family lie buried.  The headstone is rather featureless.  The passing of the years has stained it with a dark patina, and the shifting soil has allowed it to tip slightly to one side.  There is nothing about it that would make you stop.  Countless visitors to the cemetery must have walked past without giving it a second glance.

The name of the family is Stanynought, and the five occupants of the grave are four children and their father.  They all died between the years 1832 and 1835, very much before their time.  The two youngest children, Edward and Francis, each lived only a matter of months.  Ellen was four years old.  Henry—properly Henry William Duncan—was ten.  Their father—also called Henry—was thirty-seven.

Such a concentration of deaths is, of course, a terrible affliction for any family.  But in the case of the Henrys, father and son, the way death came about was, frankly, beyond terrible.  I am not exaggerating when I say that researching and writing the story of these two deaths has been a distressing experience.  If you choose to read on, please be aware that you will be saddened and shocked by the events I am about to describe.

THE RESPECTABLE MR STANYNOUGHT
Henry Stanynought was born on the 4th of May 1798.  His father and mother, Joseph and Sarah, lived in Lambeth, and he was baptised there in the church of St Mary.  His family would appear to have been respectable, for on his death in 1820 his father bequeathed to his children a “large mansion” at Padwell in Essex, together with sums of money.  His early movements are hard to detect, but it is possible that he was the Henry Stanynought who enlisted in the Coldstream Guards in 1815, in a company that was present at the Battle of Waterloo.  However, we can be certain that he married a Lucy Collins at the church of St Mary Magdalene in Richmond in 1824, when he was twenty-six, and she twenty-eight.  He was tall, and well-built, and it was said of him that he had a respectable appearance.  One can easily imagine that he had a rather soldierly bearing.

The Stanynoughts were in Italy when their first child—Henry William Duncan—was baptised in 1825.  But when their first daughter, Lucy, was born two years later, in 1827, they were living in Paddington.  Depending on the source you are consulting Henry Stanynought’s occupation was a newspaper agent, or a bookseller, or a librarian—a librarian in the early nineteenth century being to all intents and purposes the owner of a bookshop.  He is also described as a cashier to the British Press newspaper office, and it would seem that in addition to his business in the book and newspaper trade he made money as a coal merchant, operating from the same premises in the Edgware Road.

The Tyburn Turnpike in 1813.  © British Library

To be precise, those premises were at 84 Connaught Terrace, where the Edgware Road issues into Oxford Street at the north eastern corner of Hyde Park, hard by the Tyburn Turnpike.  Here more children were born: Emma in 1828 and Ellen in 1830 and the short-lived Edward and Francis in 1832 and 1833 respectively.  The Stanynoughts considered themselves genteel, and over the years they placed more than one advertisement for domestics in the newspapers.  They described their house as small, and they assured applicants that clothes were sent out to be laundered.

But the early deaths of Edward and Francis were not the only tragedies the Stanynoughts had to endure, for we have seen that Ellen also died young, at the age of four.  She had contracted scarlet fever, as indeed had her brother Henry.  But whereas Henry survived, she did not, and in the spring of 1835 her distraught parents buried her in the cemetery in Kensal Green alongside her two little brothers.

A TRAGIC INHERITANCE
We can piece together a picture of the bookseller of Connaught Terrace from details that emerged in the aftermath of the tragic death of his eldest son.  He lived with Lucy and their children above the shop at no. 84.  He employed a shopman by the name of William Jerams, and a young assistant, James Stacey.  He was a man of regular habits who made it his practice to go down to the shop every morning at eight o’clock.

Two further acquaintances of Henry Stanynought are known to us.  One was John Finch, of 6 Winchester Row in Marylebone.  Finch was a school master—little Henry was a pupil of his—and he had known the boy’s father for some time.  The other person known to Stanynought was a doctor by the name of Edgar Barker, who lived at no great distance from Connaught Terrace at 40 Edgware Road.

Now it was generally agreed that Stanynought was of unstable mind.  The testimonies of those who knew him tell us only that he was the victim of a “nervous” disorder.  Stanynought had no illusions about his condition, and he freely admitted that his father had been similarly afflicted, as had his grandfather, who had died in an asylum.  Certainly he believed that the condition was hereditary, and, as will become clear, this belief was the ultimately the cause of the tragedy.

UNFIT FOR THIS WORLD
Without a doubt, though, his precarious state of mind was destabilised by the death of little Ellen.  He had been very fond of her, and he fell into a depressive state that was all too obvious to those around him.  John Finch would say later that he “never recovered” from the loss—that a great change came over him.  And William Jerams, who had daily contact with him, insisted that from that time he began suffering from delusions, that these came out in the way he acted and in the way he spoke, and that he had an increasingly uncertain hold on factual matters.

But the most reliable witness to his deteriorating state of mind was Henry Stanynought himself.  He claimed that happiness had passed him by.  He considered that he was unfit for this world.  And it was his fervent hope that his dear wife Lucy should “never know the hundredth part” of the misery he had been obliged to endure.

More than anything, though, he was tormented by the fear that his son would suffer as he had suffered.  No-one shared his fear.  Finch, for example, who knew the boy well, and thought highly of him, had never for a moment had reason to worry about his mental stability.  Stanynought saw it differently, though.  If he had inherited his nervous disease through the male line, then he would inevitably pass it down by the same terrible mechanism to his own male offspring.  “To see my poor boy so weak and so nervous,” he wrote in a letter to his wife, “so unlike the rest of the world, makes me truly miserable.”  But by the time he committed these despairing thoughts to paper, it was too late.  The tragedy—or at least the first part of the tragedy—was already over. 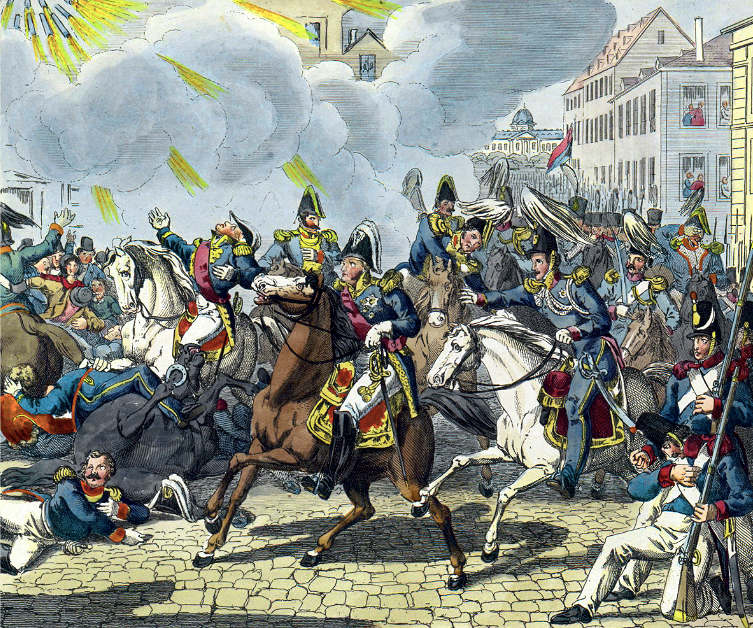 The assassination attempt on Louis Philippe I on 28 July 1835.  Image by Peter Carl Geissler.

INTO THE ABYSS
London had a dry summer in 1835.  One warm day gave way to another.  From time to time clouds gathered over the capital, but for the most part the skies were clear, and the weather fair.

August saw a spate of fires in the capital.  On the night of the 3rd several houses close to one another in Charterhouse Square in Smithfield went up in flames.  The first to catch light was the home of an anglican minister.  On the following night the hayloft of a coach painter living in Great Rupert Street, near the Haymarket, was found to be ablaze, and soon other houses were roaring and crackling.  At the same time there were fires in Cripplegate Buildings along London Wall, and in Willow Walk in Southwark, in Hackney Road and in Barnes.  Towards the end of the month a tallow manufactory in Barnet suffered the same fate, and several neighbouring properties were burnt to the ground.

Not far from Great Rupert Street, at 28 Coventry Street, an extraordinary exhibit had been opened to the public, showing Giuseppe Marco Fieschi attempting to assassinate Louis Philippe I and three of his sons in the Boulevard du Temple in Paris.  A model of the “infernal machine”, the twenty-five rifle barrels fired simultaneously from a third-floor window above the boulevard, completed the display, which could be visited from nine in the morning until ten in the evening on payment of a one-shilling admission fee.

Among the visitors to the exhibition was Henry Stanynought.  He had invited his friend, John Finch, to go along with him.  When the schoolmaster turned down the offer, Stanynought went on his own.  The date was the 1st of September 1835, a Tuesday.  Whether the violent images in the rooms in Coventry Street tipped him over the edge, or whether he was already falling into the abyss, is a question we will never know.  But what we do know is that on that very same Tuesday the wretched bookseller of Connaught Terrace performed a terrible and tragic act of his own. 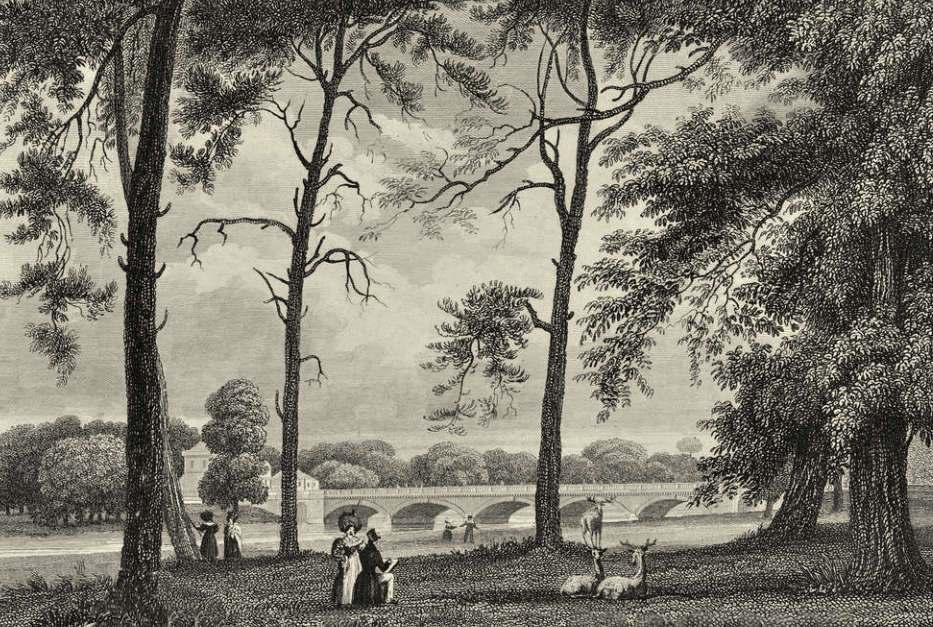 DARKNESS DESCENDING
At the time Stanynought’s wife Lucy was out of town.  She was heavily pregnant, and had gone down to Gravesend in Kent, although why she went there, and who she stayed with, is not clear.  She had taken their three children with her, but she had been there only a few days when her husband travelled down from London, and took little Henry back with him.

Reaching London the two Henrys walked along Connaught Terrace in the warmth of that late summer’s day.  A few streets away, in Hyde Park, other families were strolling among the trees, the children happily clutching their parents’ hands.

They arrived back to an empty house.  The maid servant was with Lucy and the other two children in Kent, and William Jerams had gone home.  Taking the boy with him Henry went up to a room above the shop  He was in torment, and he believed that little Henry was too.  And as he closed the door of the room darkness descended upon his madly racing mind …  TO BE CONTINUED