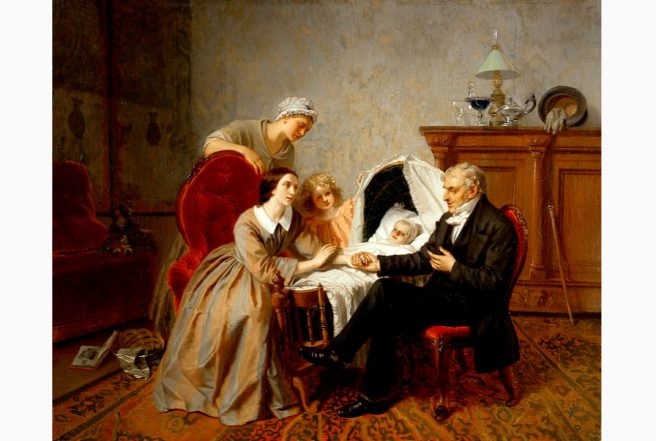 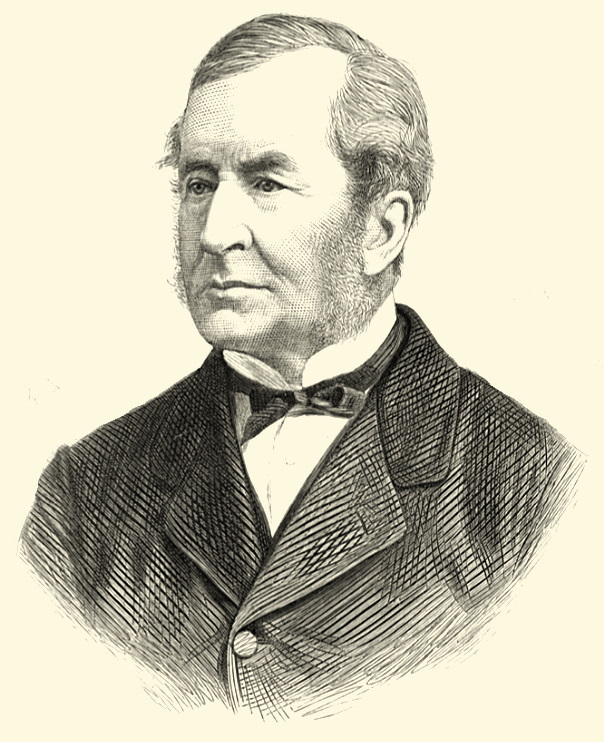 If you read my most recent article, which can be accessed on the London Overlooked website by following this link, you will remember that in 1863 a young woman from the St Giles workhouse, Bridget Corrigan, was preyed on by a scurrilous army officer who gave his name, falsely, as James Smith, and his occupation, also falsely, as a hospital doctor.  Convincing Bridget that he could find her employment as a wet nurse, Smith lured her to a brothel in Pickett Place in the Strand, where he assaulted her.  He then made off.

Bridget, accompanied by her mother, went straight to the police station in Bow Street, where she reported the details of her ordeal to Inspector Robert McKenzie.  The three of them went to the brothel in Pickett Place so that Bridget might point out the room in which she had been assaulted.  McKenzie then circulated her description of her assailant among colleagues in other constabularies, as a result of which the man who called himself James Smith was brought in for questioning, and identified in a line up by his victim.  He made two appearances before the Bow Street magistrate, Thomas Henry, in the course of which some remarkable facts emerged. 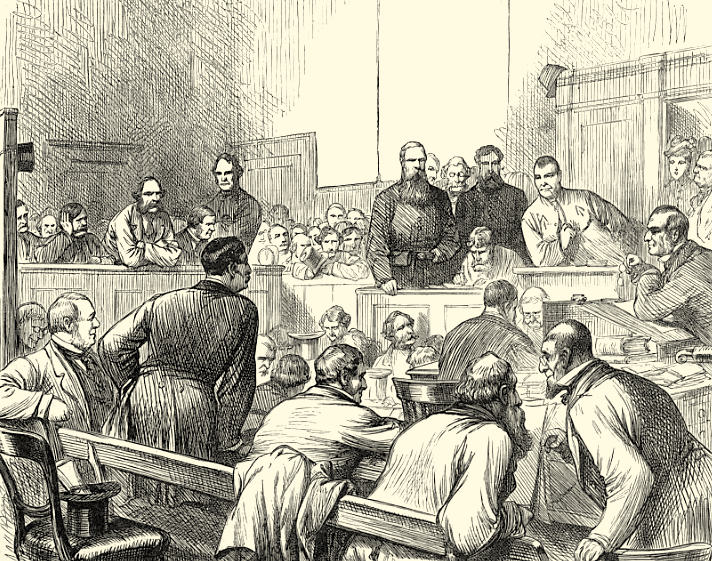 The Bow Street court in action.  Image in The Illustrated London News 25 August 1877.

FIGHTING BACK
The first revelation was that Smith had a number of other charges of assault against women to answer.  One of these charges dated as far back as October 1858, when a married woman by the name of Ann Graham reported to the Marlborough Street police court that she had been indecently assaulted.  Smith’s modus operandi matched the 1863 incident, for Ann had been pregnant at the time, and her assailant had approached her as a medical man.  The case was settled out of court with a payment of five shillings to the victim of the assault.

Other young pregnant women had suffered similar experiences.  In April 1862 Smith had lured a shirt maker, Mary Marshall, from her place of work in Conduit Street to the Strand, where she fought back against his advances, at one point threatening him with a pair of tongs, but was so traumatised that she entered her confinement very prematurely, giving birth to a child who immediately died.  Then in February 1863, in a house near the Haymarket in Oxendon Street, he had attacked a young inmate of the Marylebone workhouse, Hannah Bird, who had only escaped his lecherous attentions by feigning labour pains.  Finally, when he was arrested on the 23rd of May, he had just assaulted yet another young woman, Maria Whelan, in the brothel in the Strand.  The arresting officer, Police Constable Collington of the “F” or Covent Garden division, caught him as he was making off from the house. 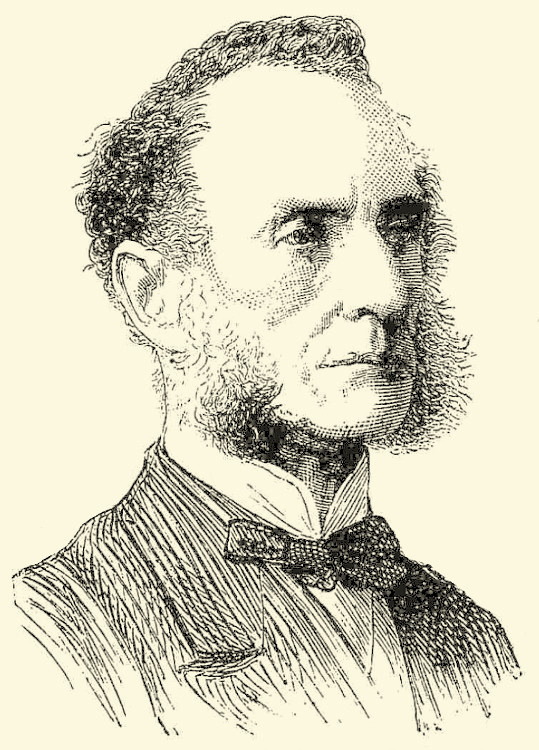 THE BLACK SHEEP
The second revelation was in connection with Smith’s identity, which was clearly a matter needing to be looked into, given that he had already used an alias when questioned by the Marlborough Street police in 1858, identifying himself as Frederick James.  Well, Inspector McKenzie did indeed look into it, and he discovered that James Smith was not James Smith after all but Arthur Robert Willoughby Wade.  He got this extraordinary information from the superintendent of the Surrey constabulary, John Page, who lived in Dorking.  Wade too was based in Dorking as an adjutant in the 3rd Surrey Rifles.

He was the son of Thomas Wade, a colonel of the Black Watch, and Anne Smythe, who hailed from County Westmeath in Ireland.  Like his father he served in the army, and it is believed that he held first a lieutenancy and then a captaincy in the Seaforth Highlanders, both of these ranks being purchased rather than earned.  He was not exactly a model soldier, and in his late twenties he was ejected from the regiment for liaising inappropriately with a fellow officer’s wife.  When he married in 1865, his wife had already given him two illegitimate daughters, who were born in quick succession not long after his attack on Ann Graham.

We know several other things about Arthur Wade.  Firstly, he was the brother of the distinguished sinologist Thomas Francis Wade, who spent many years in China as a British diplomat, before taking up an appointment as the first Professor of Chinese at Cambridge.  Then again, the mathematician and philosopher Alfred North Whitehead, who also had Cambridge connections, married a legitimate daughter of his with the rather remarkable name of Evelyn Ada Maud Rice Willoughby Wade. 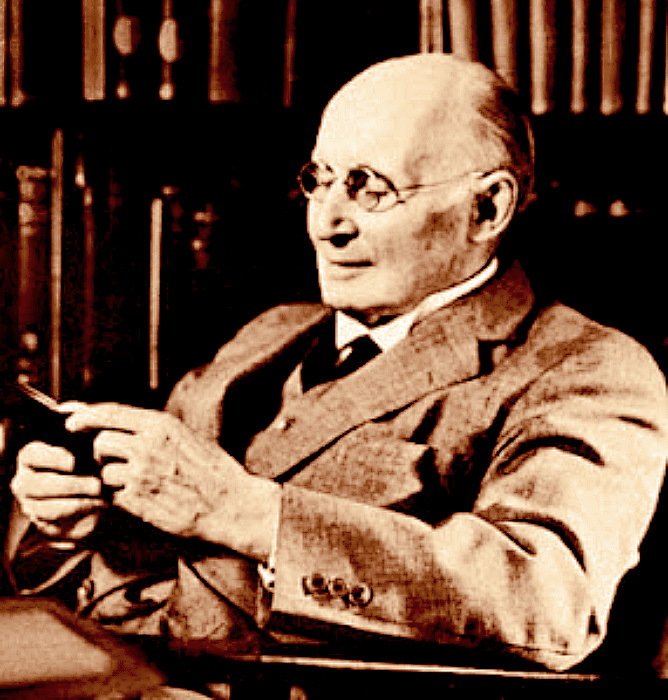 Finally, we know what he looked like.  He was quite tall, and slight.  He had a thin face with a fair complexion.  He had curly light hair, and at the time of his arrest he wore a moustache.  He liked people to think that he was a lot younger than he actually was.

HIS CRIMINAL CLUTCHES
Last week’s article made it clear that the real story revolves around a medical officer of the Strand workhouse, Joseph Rogers, and a young inmate, Louisa Nathalie, and the time has come to turn our attention to them.  Louisa, who was German, had previously lived in America, but for complicated personal reasons she had come to London, where, destitute and desperate, and heavy with child, she had sought refuge in the workhouse.  And it was there in 1863, early in the afternoon of  Sunday the 1st of February, that she fell into the criminal clutches of Arthur Robert Willoughby Wade.

Her experience closely paralleled those of the other young women who had been assaulted by Wade.  Presenting himself quite mendaciously as a doctor, the ex-army officer had tricked her into accepting a position as a wet nurse for “a lady of title” who lived at an address in Eaton Square in Belgravia.  In fact there was no such address, and the message, which had been brought to the workhouse by a female accomplice, was a fake.  However, the master of the workhouse, Thomas Thorne, was sufficiently unsuspecting to give Louisa permission to go and meet her future employer. 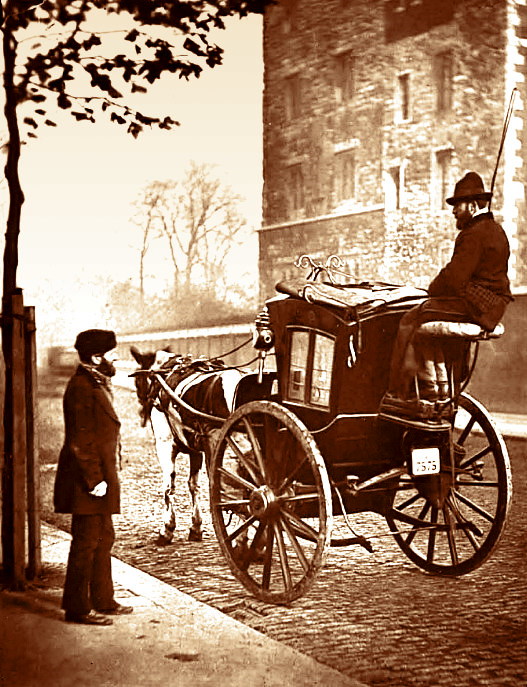 Photograph of a London cabman.  Image in John Thomson and Adolphe Smith Street Life in London (1877) between pages 4 and 5.

The so-called servant of the non-existent lady led Louisa out into Cleveland Street, where she was met by Wade and escorted to a cab parked round the corner in Clipstone Street.  Wade instructed the cabman to drive them to Wellington Street, adding that he wanted to go via Charlotte Street.  The Charlotte Street route would avoid the workhouse: Wade clearly did not want Louisa to be spotted with him.

BAD FAME
The cabman, Joseph Hearne, remembered the episode.  He had been hailed in Leicester Square by Wade and a female companion—his mysterious accomplice—who alighted in Clipstone Street and walked down into Cleveland Street.  Meanwhile Wade disappeared into a public house, saying that he needed to get change for a sovereign.  When he emerged he was smoking a cigar.  He walked round the corner, coming back with a poorly dressed young woman, who Hearne thought he might be taking home to nurse his wife.  Hearne dropped them at the corner of Wellington Street and Exeter Street, and watched them, wonderingly, as they entered the Fountain Tavern in Exeter Street, which he described as “a house of bad fame”.  About a week later he overheard a hackney carriage attendant talking about enquiries being made in connection with the Fountain, and, recognising the strange couple from their description, he went to the police to report what he had seen. 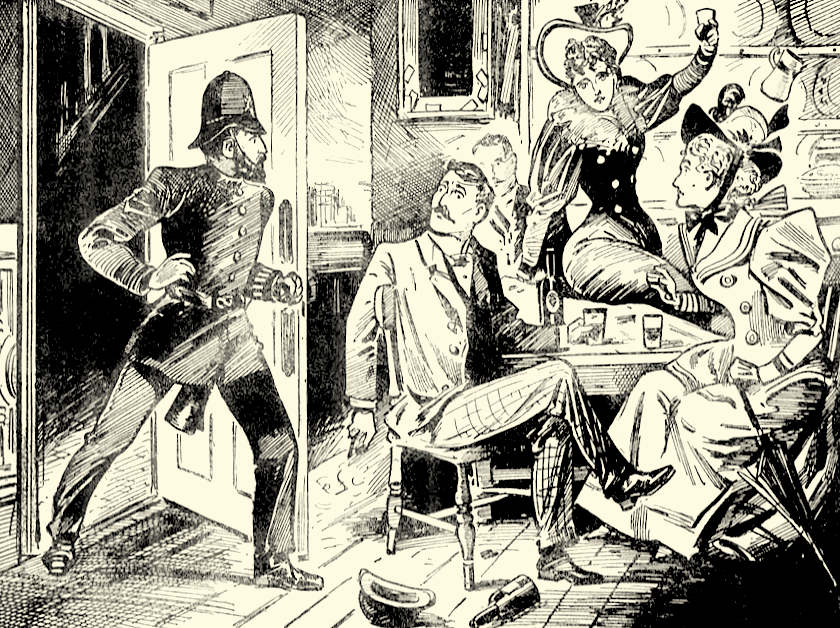 A police constable bursts into a room in a house of bad fame.  Image in The Illustrated Police News 2 October 1896.

Of course, Hearne could only guess what had occurred inside the Fountain.  But Louisa supplied the details herself when she was called as a witness at the Bow Street hearing.  Speaking through an interpreter—Police Constable William Reimers of the “A” or Whitehall division, who spoke German—she described how Wade took her to the “hotel” in which her fictional employer was supposedly staying.  He led her to a room, where he forced himself upon her.  When eventually he left he locked Louisa in the room.  She tried to force the door open, and in doing so she attracted the attention of a woman in the neighbouring room, who came out and unlocked the door.

VINDICATING PUBLIC MORALITY
Louisa returned to the workhouse in Cleveland Street.  She was in such distress that Thorne went to Eaton Square to make enquiries, and was disconcerted to discover that the story of the “lady” looking for a wet nurse was a cynical fabrication.  He and Louisa were interviewed at Bow Street by Inspector McKenzie, following which he wrote a letter to the guardians of the Strand Union to inform them what had happened.  He expressed the urgent hope that “in vindication of Public Morality” Wade would face criminal prosecution. 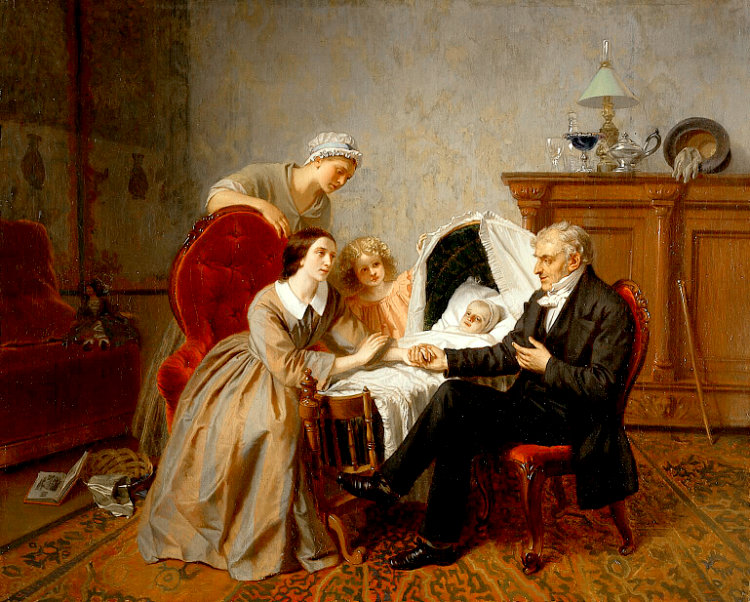 The kindly manner of the doctor.  Oil painting by Emile-Carolus Leclercq dated 1857.

As indeed he did, for the Bow Street magistrate considered it a “very serious” case, and committed Wade for trial at the Old Bailey.  Meanwhile, poor Mary Marshall brought herself before the same magistrate, requesting assistance.  As a result of the detailed account she had given of the 1862 incident, her Conduit Street employer had dismissed her.  McKenzie told the court that he had looked into the matter, and could vouch for Mary’s good character.  Thomas Henry awarded her a sovereign from the poor box.

But Louisa’s story did not end here.  Three weeks after her ordeal, while still residing in the workhouse in Cleveland Street, she entered her confinement.  And it was at that point that Dr Joseph Rogers—a real doctor—took her under his wing … TO BE CONCLUDED

The Good Doctor: Part On

Death in the Dials: Part Two