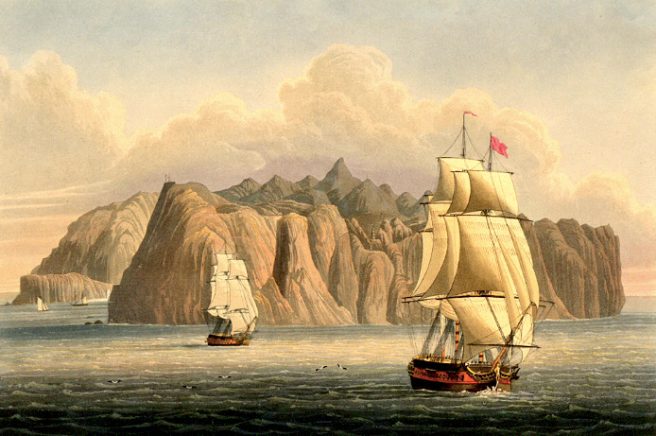 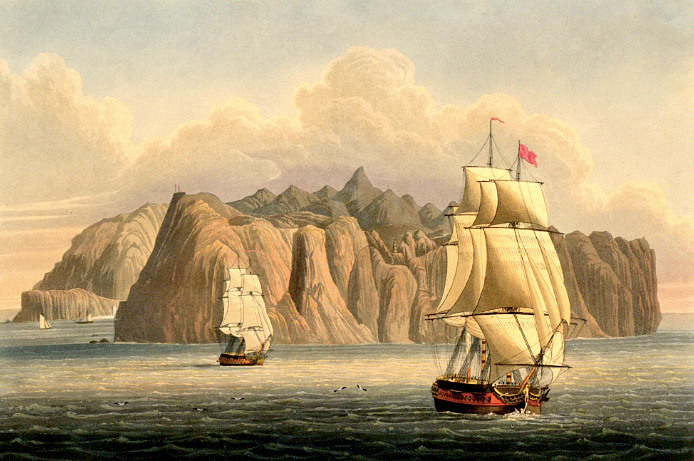 If you read my recent two-part article on the trial of the six navvies in January 1848—they were driven by extreme hunger to steal a loaf of bread in Marylebone—you will remember that Lloyd’s Weekly London Newspaper made some trenchant points about the case.  In particular Lloyd’s argued that the problem of crime was exacerbated by the failure of the workhouses to recognise genuine cases of destitution, and it referred to an incident involving two workhouse officers that shed useful light on the issues raised by the experience of the navvies.  This second case—and again it is a London story—is well worth looking at for its own sake.

I will give a detailed account of the case in due course, but the gist of it is as follows.  In the same year and month as the Marylebone incident—January 1848—a woman applied to the workhouse in Whitechapel for relief.  Her application was refused.  Not only that but she was roughly handled by two officers of the workhouse.   So distressed was she by this experience that she took the two officers to court. 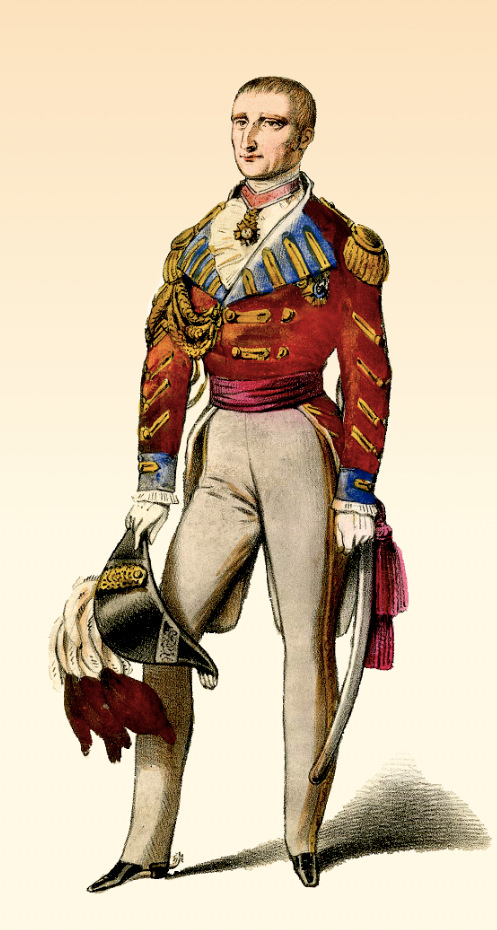 The woman, who was about fifty years of age, was called Margaret Layton.  She was of African heritage, and had come to England from Saint Helena, where she had at one time been enslaved.  And it is with Saint Helena, far off in the South Atlantic, that the story begins.

HIS FINAL HOME
Saint Helena has a long history of occupation and colonisation by Europeans.  In the sixteenth century the Portuguese realised that the island was valuable as a stopover on the long haul across the ocean, with trees in abundance and a plentiful supply of fresh water.  By importing livestock and crops they made it a vital port of call for ships sailing between Europe and the East Indies.  Later the Dutch laid claim to the island, but in due course they switched their attention to the Cape of Good Hope, and in 1659 control passed to the East India Company, who were granted charters of government first by Cromwell and then by the restored Stuart monarchy.

The British administrators had to deal with many problems—not only in the cultivation of the land but also in the governing of a population destabilised by short-stay visitors on shore leave from ships—but by the end of the eighteenth century Saint Helena was thriving.  Such prosperity was made possible by the coerced labour of people imported from the African continent.  In 1792 legislation banned all such importation.  In 1818 the governor, Hudson Lowe, introduced a reform whereby children born to an enslaved mother at any point after Christmas Day of that year were free but apprenticed, and fully free once they reached young adulthood.  In December 1826 the Company set the process of emancipation in motion, and, starting in 1827, liberty was restored to the resident population of eight hundred enslaved people.  Emancipation would continue until 1834. 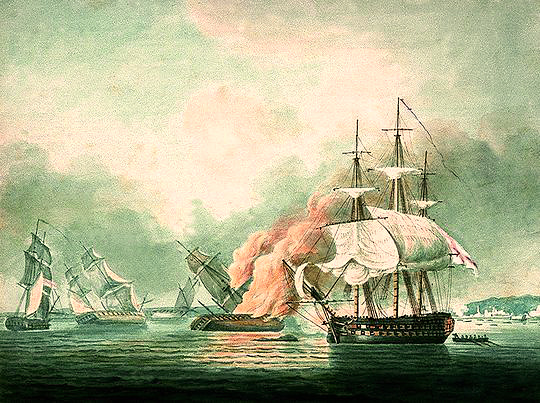 When the exiled Napoleon Bonaparte landed on Saint Helena, after sundown on the 16th of October 1815, he was accompanied by the second battalion of the 53rd (Shropshire) Regiment of Foot.  The battalion, assigned for two years of garrison duty on the remote island, had embarked from Portsmouth on the 3rd of August on board HMS Bucephalus, Ceylon and Northumberland.  These three ships were joined by five others to escort the defeated general and his entourage to his final home.  At the time he was being held on board HMS Bellerophon at Plymouth.  On the 4th Bellerophon sailed out to meet the escort, and three days later on the 7th, at about one o’clock in the afternoon, Napoleon was transferred to the Northumberland, under the command of Rear Admiral Sir George Cockburn.

A GOOD SOLDIER
On the very day the 53rd departed from Portsmouth, a young soldier by the name of William Layton joined its ranks from Albany Barracks, a depot on the Isle of Wight where regiments recruited men for foreign service.  He was twenty-three years of age, and hailed from the Covent Garden district of London, where he had previously earned a living as a copperplate engraver and printer.  Why he enlisted with the army is not quite clear, but unemployment is as likely a reason as any other.  The 53rd was pursuing a vigorous policy of recruitment at the time, and it may be that William was attracted by the prospect of regular pay, and of escape from the hardships of the Georgian capital.

A street in Saint Helena.  Image in George Whalley Mellis Views of St Helena; illustrative of its Scenery and Historical Associations (1857) plate 2.

William served with the 53rd on Saint Helena for two years, until in July 1817 the regiment was ordered to return to England.  The general condition of peace that prevailed in Europe after the long period of the Napoleonic Wars justified a reduction in the size of the army, and the regiment was disbanded on its arrival in Portsmouth in October.  But William stayed in the South Atlantic, transferring to another outfit, the second battalion of the 66th (Berkshire) Regiment of Foot, which had been sent out to guard Napoleon.  When Napoleon died in May 1821, and the 66th was sent home, William once again asked for a transfer.  He now joined a reserve infantry regiment, remaining on the island until March 1836, when he was discharged with a recommendation for a pension.  His discharge papers stated that had been “a good soldier”.

As we know, the woman at the centre of the Whitechapel workhouse incident, Margaret Layton, came to England from Saint Helena.  What we can now add is that it was on Saint Helena that she met William.  There is evidence to suggest that they were formally married in December 1825.  But we have seen that Margaret was an enslaved woman, and that it was only two years later, in 1827, that emancipation of the enslaved population of the island began.  The nature of her association with William before, and indeed at the time of, their marriage must remain a matter of speculation.  But of one thing we can be sure, and that is that they had three daughters and a son, all of whom were born on Saint Helena, the oldest in 1826, and the youngest in 1835. 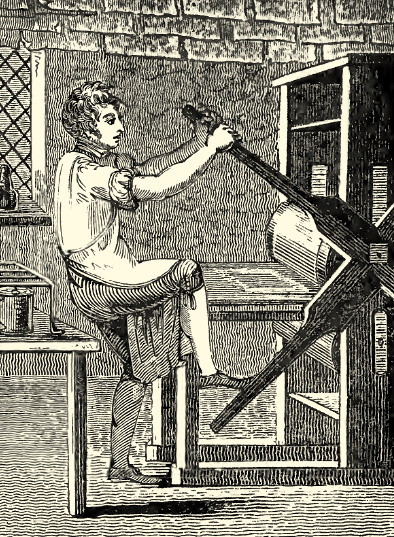 A copperplate printer at work.  Image in Tabart’s The Book of English Trades, and Library of the Useful Arts (1827) between pages 102 and 103.

CLOUDY AND COLD
The Laytons came to England after William had been discharged from the army.  When the 1841 census was taken they were living off Brick Lane in Quaker Street.  Here, in Spitalfields, they were crammed into a single room in a lodging house.  In all likelihood William struggled to find steady work, and the outrage that was perpetrated against Margaret, early in 1848, was caused in part by the the fact that he was regularly unemployed.

So what exactly happened?  The day in question—the 11th of January—was a cloudy and freezing cold Tuesday.  The setting was the workhouse in Charles Street.  Some time between nine and ten o’clock a middle-aged women—her name Margaret Layton—approached the gate.  She was married to a man who found it nigh on impossible to earn a decent living, and she was the mother of four hungry children.  She—they—needed help.  And there she was confronted by two parish officers.  One—John Waterman—was the gate-keeper at the workhouse.  The other—John Findlater—was the relieving overseer of the Whitechapel Union.  And neither seemed pleased to see her … TO BE CONCLUDED

The Case of the Marylebone Six: Part One

Missing Mother, or, A Chapter in a Coffee House History