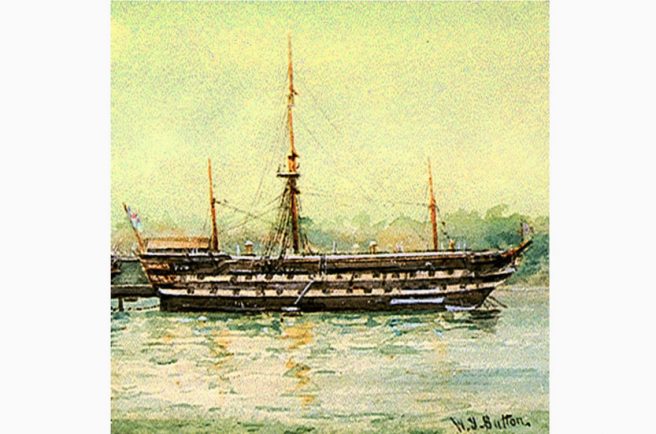 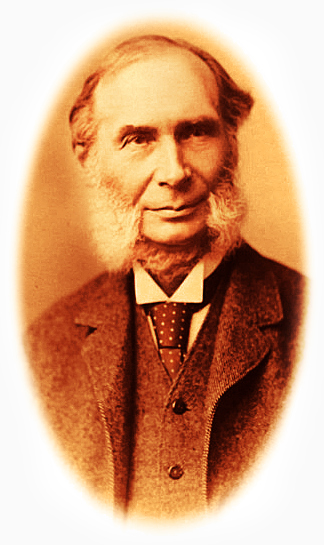 If you have read any of my previous posts on the boys of the Shoeblack Society—Peter Carpenter and Robert Watts and George Roby—you will be aware of the inspirational role of Martin Ware in the lives of these young Londoners.  He was a barrister by profession, but he was a philanthropist by nature, and his concern for children whose fortunes he hoped to turn around was informed by a powerful Christianity that was always compassionate but never sentimental.

When he died in 1895 Ware received fulsome tributes in the form of newspaper obituaries and death notices.  He had lived a full life.  “Like as a shock of corn cometh in,” suggested one obituarist, quoting the Book of Job, “in his season.”  His fruitful association with Lord Shaftesbury and the Ragged School movement was highlighted.  At his funeral, alongside the deputations from the British and Foreign Bible Society and the Pure Literature Society and the Reformatory and Refuge Union, were six boys, representatives of the very many London shoeblacks to whom he had devoted so much energy over so many years.  He would have been moved.

The pages of the journal Ware kept in his capacity as secretary of the Brunswick Street Ragged School are full of insights into the actions and beliefs of this remarkable man.  At one point, for example, he was aware that a boy by the name of Charles Tygate was having a rough time.  His father was a night cabman—his mother was dead.  “The boy has no one to look after him,” Ware noted, “and appears to feel lost and helpless.”  When the young shoeblack stayed off work, claiming that his blacking box was in poor shape, Ware made a comment about his “curious temper” but took the matter no further.  We would now say that he gave the troubled boy a bit of space. 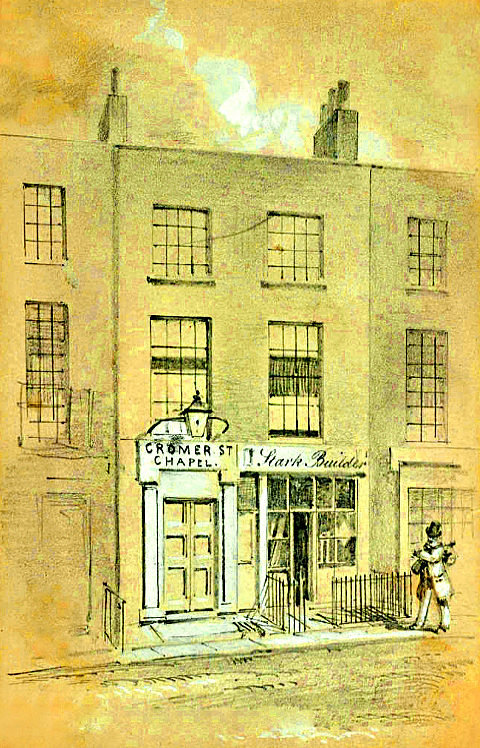 HITTING THE BOTTLE
On a Sunday evening in the winter of 1861 Ware wrote in his journal for the first time about a boy called Marcus Worley.  He would mention him on and off for the next six years.  In doing so he opened a window on a life that many poor Victorian children must have led.

Marcus was thirteen at the time.  He had been born in Hoxton, which in the mid-nineteenth century was a solidly working-class area of the capital lying between the Regent’s Canal to the west and Hackney to the east.  There were many slums, and one imagines that conditions for the residents of Hoxton were difficult in the extreme.

Marcus’s father, William, was a Londoner.  His mother, Emma, originally came from Manchester.  They had nine children—Marcus was their third—in the space of about fifteen years.  William Worley was a copperplate “painter” by trade, engraving images on metal plates from which prints could be run off.  He was a temperamental man, and, as Ware’s journal clearly testifies, his dangerous changes of mood had a serious impact on his family.

Ware knew about the problem because Emma Worley had come to the Shoeblack Society hoping to enrol Marcus.  She gave him a vivid insight into the life she and her family were having to lead.  They lived in Peace Cottages, a narrow shabby street just to the north of the Foundling Hospital in Bloomsbury.  Only a stone’s throw away, in Cromer Street, stood a Baptist chapel, and a drawing from the 1850s survives.  We have every reason to believe that it was Cromer Street that Ware was referring to when he noted in his journal that Marcus “goes to the Baptist chapel” with his mother.

William Worley was a drinker who had drunk his way to ruin.  At one time he had premises in Liverpool Street, but all that had ended, and he was reduced to buying prints at auctions, and taking them round other people’s shops.  He was in and out of the workhouse, and only four months before Emma Worley’s interview with Ware he had spent ten days in the union building in St Pancras, which was in King’s Road near the Great Northern Railway depot.  When he hit the bottle he became violent.  In these drunken episodes he had been known to drive his wife and children out into the street, and there had been times when Emma had done the same to him. 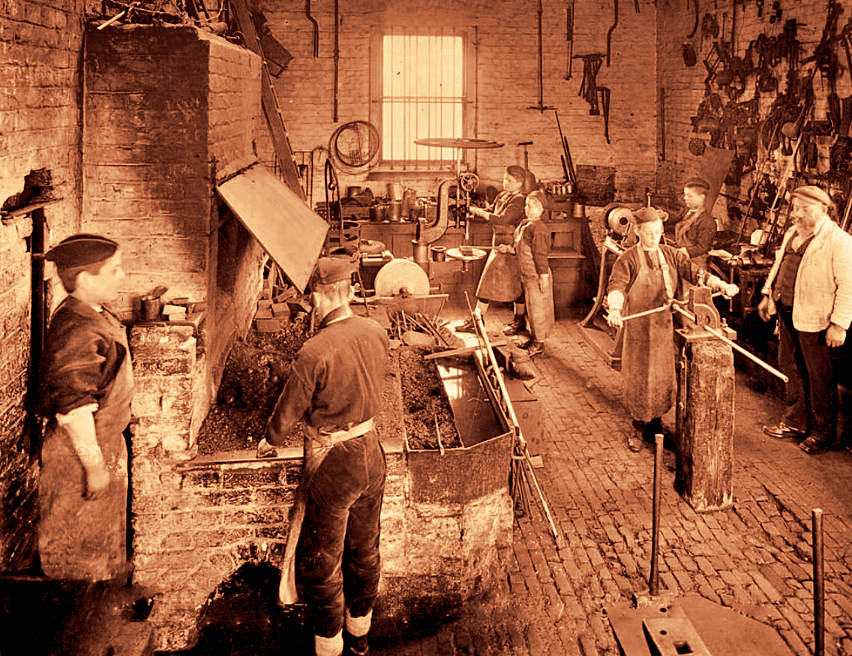 HOME FROM HOME
A few days after Emma Worley’s visit Ware went down to Peace Cottages.  He was struck by William Worley—“a fine looking man”—but the odour of violence was unmistakable.  There was clear tension between this domineering father and his son, and Ware recorded that Worley had tried to force Marcus to go out with his blacking box but that Marcus had refused.  Although the journal does not spell out the reason for his refusal, it would appear that the boy’s clothing was inadequate, for Ware also noted that he took him a pair of trousers later in the week.

On that particular occasion Marcus was staying with a Mrs Allen, who is otherwise unknown, and it is a reasonable assumption that he had left the family home.  Ware decided that he should not go back—“his father threats him so badly”—and he sent him to lodge at the industrial school in Constitution Row at the top end of Gray’s Inn Road.  These establishments, which had emerged in the 1850s following an Act of Parliament, were to all intents and purposes reformatories, where children aged between seven and fourteen could be given a degree of education and work-related training.  As a rule the residents had been thrown out of their homes, like Marcus, or had committed offences.

Marcus was still in Constitution Row when the 1861 census was taken in April.  He is listed as a shoeblack and not as a scholar, which suggests that he had been sent to the school not so much as a punishment as a way of putting a roof over his head.  He is the sole lodger, and it may well be that Ware had come to some arrangement with George Weeks, the master of the school, who lived on the premises with his own family.  One way or another Ware was looking out for young shoeblack. 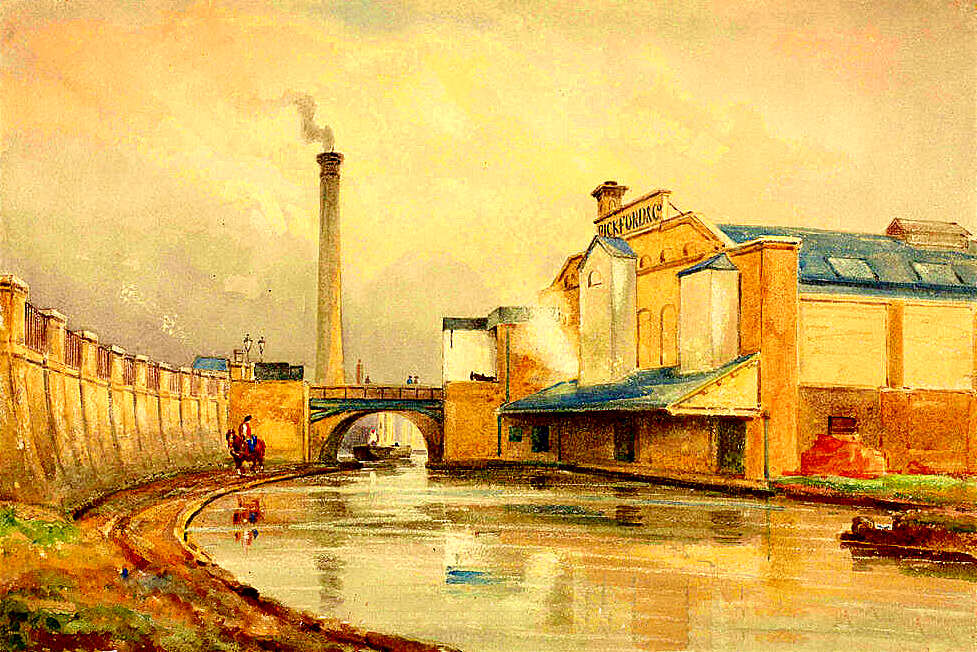 Although there is no evidence that Marcus ever returned to his parents and siblings, we see glimpses of their lives in occasional entries in Ware’s journal.  Emma Worley was having a hard time, applying for a court order to force her alcoholic husband to support their children.  Later that year she was ill—“Mrs Worley is in the sick ward of St Pancras workhouse” —but she recovered.  By contrast William Worley’s health problems were chronic, and at one point he was admitted into the insane ward of the workhouse with delirium tremens.  The parents had a fright when another of their children, ten-year-old Robert, nearly drowned.  He had been bathing in the Regent’s Canal, and had to be fished out unconscious.

Marcus too had his moments.  He was obviously a handful, which makes one wonder what impact his troubled relationship with his father had had.  Even Ware, who comes across as unusually forbearing, had his limits, and he was driven to suspend the boy from the Society for three days.  He worked briefly at a hotel—as a shoeblack?—but the hotel closed.  And then, early in 1863, when he was fifteen rising sixteen, he took a step that changed his life.  He signed up for the Royal Navy. 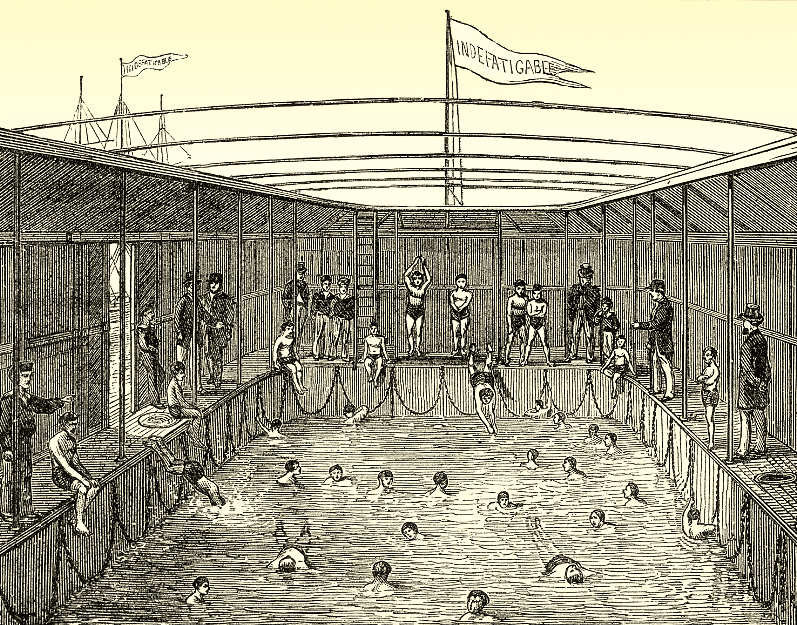 The swimming pool on the training ship HMS Indefatigable at Liverpool.  No doubt this activity had less to do with enjoyment than with survival at sea!

HOPING YOU ARE WELL
In the spring of that year Marcus went down to Davenport on the Devon coast to start his training.  There had been some opposition from his father, who had not wanted him to enlist, but Ware had interceded on his behalf.  He was sent on board HMS Implacable, a training ship for young recruits under the command of Samuel Brooking Dolling, who had seen active service in the East Indies.

The training ships gave homeless boys a regular education as well an introduction to the routines of life on board.  Marcus had in fact been receiving literacy instruction from Ware, and in a letter that he wrote to his mentor following a bout of sickness he expressed his gratitude in a touching way:

Dear Sir, I write to you hoping to find you well as it leaves me at present I should have wrote to you before but I have been ill with the typhus fever but I thank God I am better and strong again.  I should have come up at midsummer but I was ill but I hope to come up to Christmas.  Give my respects to all my mates at the Bible Class which I hope they keep it up.  Give my respects to etc.

Marcus did indeed visit in December when he was on leave, and he was present a few weeks later at one of the “big boys’ treats” that Ware mentions frequently in his journal.  (You can read about these “treats” in my post on magic lantern shows.) 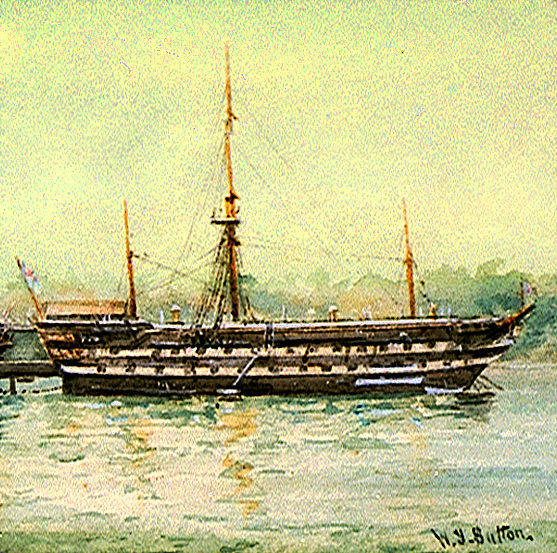 CARRYING THE SCARS
But the day came when Marcus finally went to sea.  We can track his movements through a handful of journal entries.  We know, for example, that he was on HMS Pelican, a seventeen-gun sloop which went out to join the Mediterranean Fleet under the command of Henry Wandesford Comber.  The Pelican was operating in waters around Malta, and it would appear that Comber was a hard man to get on with.  Marcus later transferred to HMS Arethusa, a fifty-gun frigate that still carried the scars from service in the Crimean War.  Later still he was on HMS Invincible.  But in due course he disappears from the pages of Ware’s journal, and the remaining glimpses of him are few and far between.  By the time he was in his mid-thirties he had retired from the navy.  He is listed in census returns as a naval pensioner, a lodger, and single.

Marcus carried on for many years, dying in his eighties in 1931.  He straddled the nineteenth and twentieth centuries, wandering the slum streets of the Victorian capital as a boy, and, as an old man, living through the First World War and very nearly experiencing the Second as well.  He is now all but forgotten, but his was a rather remarkable life.