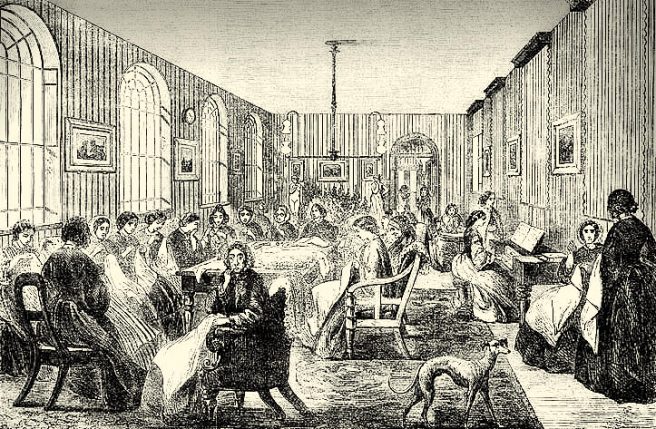 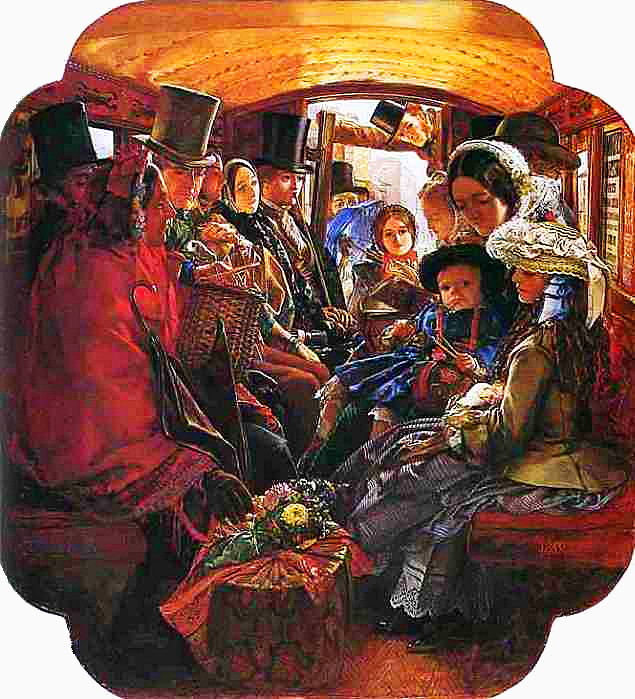 Sometime in 1850 a nineteen-year-old medic called John Blair Wills fell in love at first sight with a beautiful girl he spotted on a London omnibus.  Following the girl home he asked her mother, who was very surprised, for her daughter’s hand in marriage.  He explained that he had good prospects and was of respectable stock: his late father had been a dissenting minister in Basingstoke, and his mother, a lady of property, lived in Clapham with his brothers and sisters.  Mrs Catherine Sarah Maxwell—usually known as Kate—refused his request.  The reason she gave was that a marriage would not be possible, as her daughter was merely twelve years of age.  Nursing his disappointment John returned to Clapham. 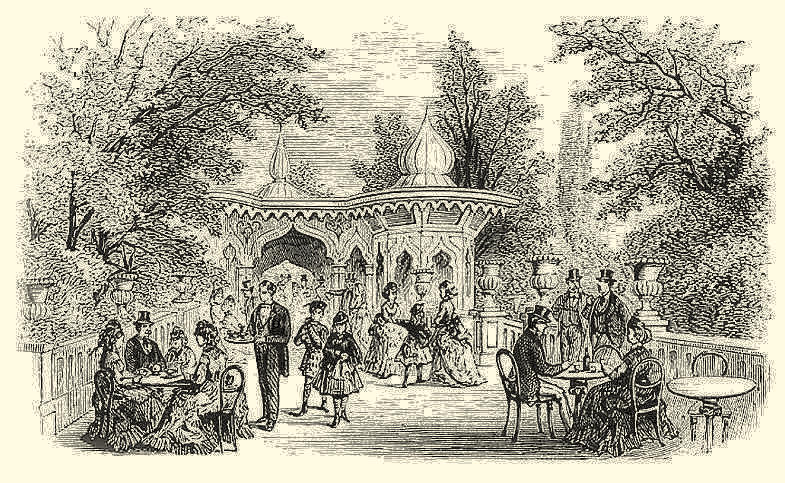 In the years that followed John decided to switch from medicine to architecture, which as it happened was the chosen profession of his older brother James.  Then one day in 1855, while taking his leisure in the Surrey Gardens, quite by chance he saw the lovely girl again.  The charming Miss Mary Ann Maxwell, who was now not only more beautiful but also of a marriageable age, agreed to wed John Blair Wills as long as her mother gave her permission.

Mary Ann Maxwell, who was sometimes known as Marian or Marion, was born in Ilford in Essex, and baptised on the 8th of March 1838.  Her father William Steven—or Stevens or Stephen or Stephens—Maxwell was a farmer.  He appears to have died by 1851, leaving Kate with three children, namely Mary Ann, William and Charles.  Kate is later described by contemporary newspapers as living in Bath as housekeeper to a rich family, but all the records found so far show the family living in Greenwich and other parts of south London. 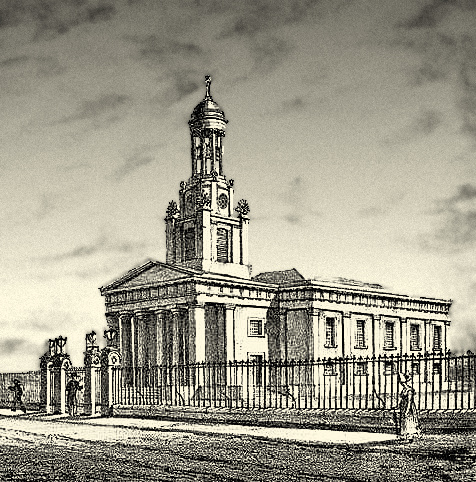 Kate Maxwell duly gave John Blair Wills permission to marry Mary Ann, who was then barely seventeen years old, and on the 24th of March 1855, at St Mark’s Church in Kennington, they were pronounced man and wife.

Their initial happiness was not to last.  A daughter was born in the summer of 1856, and soon after Mary Ann became ill with what is described as milk fever.  Her condition was obviously more than the average case of mastitis, as she was sent to the Bethlehem Hospital—what was commonly known as Bedlam—in St George’s Fields in Southwark. 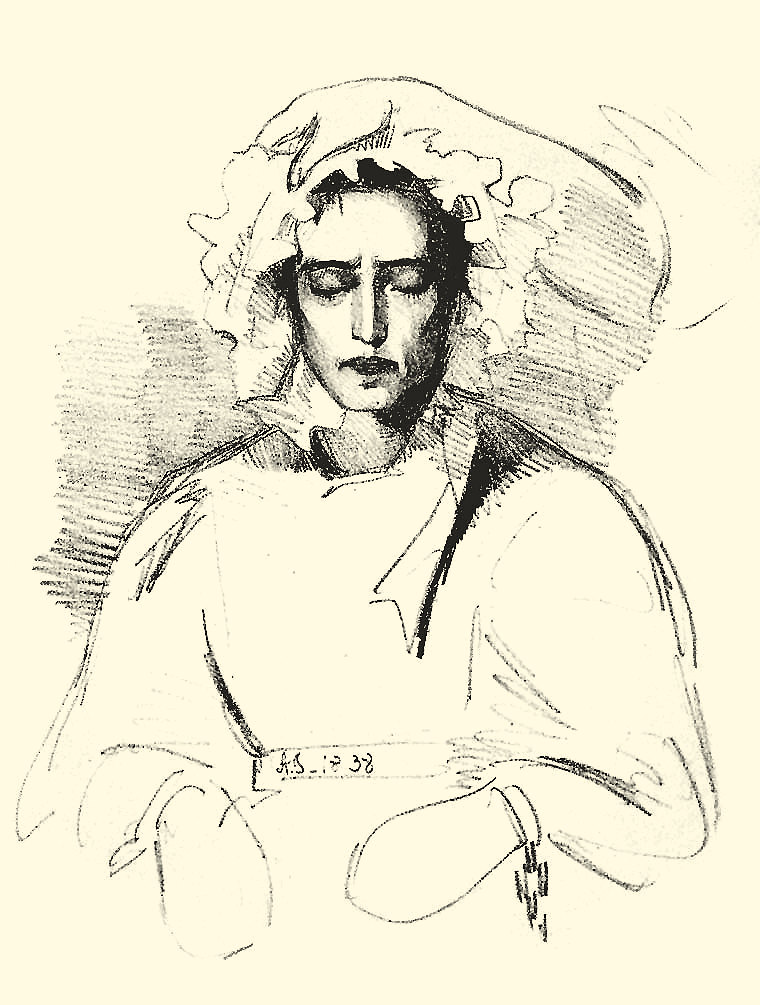 Generally doctors recommended that women be treated at home.  The treatment might include purgatives, warm baths and opiates.  Restraint might be employed if a woman was violent.  Dr Alexander Morison, who worked at the Bethlehem Hospital, warned in his Outline of Lectures on the Nature Causes and Treatment of Insanity that “removal from home, in cases of recent delivery, may not be practicable and, where not required by the features of the case, is hardly advisable.”  A year later the hospital decided that Mary Ann should be discharged to her family—although it was admitted that she was not completely better—perhaps because nobody was paying for her keep.

THE MISSING HUSBAND AND BABY
Mary Ann must have been surprised to find James Fenton, her moustachioed brother-in-law, waiting to take her home on Monday the 3rd of August 1857.  James may have been a stranger to the girl, as he appears to have travelled to Australia, where he married a woman called Caroline Grinyer in 1856, and only returned to the family home as a widower in 1857.  Back in her mother-in-law’s house Mary Ann asked the obvious question: Where were her husband and daughter?  No answer was forthcoming from her mother-in-law—Janet—or from her brother-in-law. 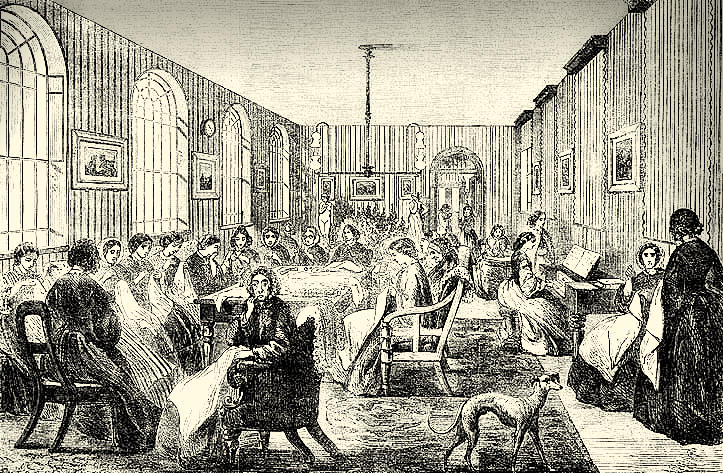 After a few days of demanding an answer she was summoned by John Blair Wills to an address in the City.  He coldly told the poor girl that he did not want her, and that she was not actually his wife, as he had been married to a woman called Ann Good since 1851.  This terrible and shaming news would have devastated Mary Ann, not only because she would be judged as someone guilty of fornication, and living in sin, but also because her poor child was illegitimate.  Helpfully John Blair Wills suggested a solution, namely that the best thing she could do was to marry his brother James Fenton—he of the moustaches—who seemed to be quite fond of her.  To prove that there was no reason for them not to marry, John produced his and Ann’s marriage certificate from 1851.  Although some might think that Mary Ann was sullied, she was still a free woman, and, as James was a widower, they could make a bad situation better.

James’s motives in all this are hard to discern.  Possibly he was genuinely in love with Mary Ann: her physical charms are frequently mentioned.  Perhaps he was completely under John’s thumb, and was just doing what he was told.  He was obviously aware that there was something not quite right, as he registered the marriage as between him and “Marion Wells”, a spinster aged twenty—Mary Ann was in fact nineteen.  He also lied in saying that Mary Ann’s mother had given her permission for the nuptials.  On Friday the 21st of August 1857—barely three weeks out of a lunatic asylum, not yet cured, abandoned by her seducer, deprived of her child—Mary Ann married James.  Ironically a week later The Matrimonial Causes Act made it legal to get a divorce in the United Kingdom without needing parliamentary approval.

THE MURKY TRUTH IS REVEALED
The murky truth began to be revealed when Mary Ann’s family were told of the new marriage and objected to it.  They challenged John’s claim that he was not legally married to Mary Ann, and questioned the propriety, even if they were not married, of marrying the brother of her seducer and father of her child.  Not surprisingly Mary Ann was taken ill again, and was admitted to the infirmary attached to the Lambeth Workhouse.  When James was asked to pay for his wife’s treatment, he refused.  Mary Ann must have felt that she had not escaped Bedlam after all when she was told that a second Wills brother denied being her husband, not because he was already married, but because she was.

John’s claim to have married in 1851 was found to be untrue.  His marriage to Mary Ann was not bigamous: she was his legal wife and her child was legitimate.  But in the meantime, encouraged by the blackguardly John Blair Wills, she had contracted a bigamous and incestuous relationship with his brother James Wills.  The 1835 Marriage Act made it quite clear that even marriage to a dead woman’s sister was illegal—so marriage to a living man’s brother most certainly was as well.

When James was summoned before the court for making untruthful statements, it was obvious that he was not the most wicked of the Wills brothers.  While Mary Ann had been locked in Bedlam in 1856—not in 1851—John had made the acquaintance of a young woman called Ann Good née Matthews, and in April 1857 he had married her.  Ignoring the fact that he had a living wife, he had described himself as a widower, indicating that he had no intention of returning to Mary Ann.  To complicate matters further, Ann said that she was a widow.  She was not.  Her husband Edgar, a policeman, was also still alive.  In 1858, not to be outdone, Edgar himself appears to have married bigamously!

So we have three bigamous marriages—John to Ann, James to Mary Ann, Edgar to an unknown woman—and an incestuous marriage—James to Mary Ann.  No wonder the newspapers of the day reported this case in detail.  When summoned to court, neither John nor James appeared, and they forfeited the one hundred and sixty pounds bail that they had put up for James. 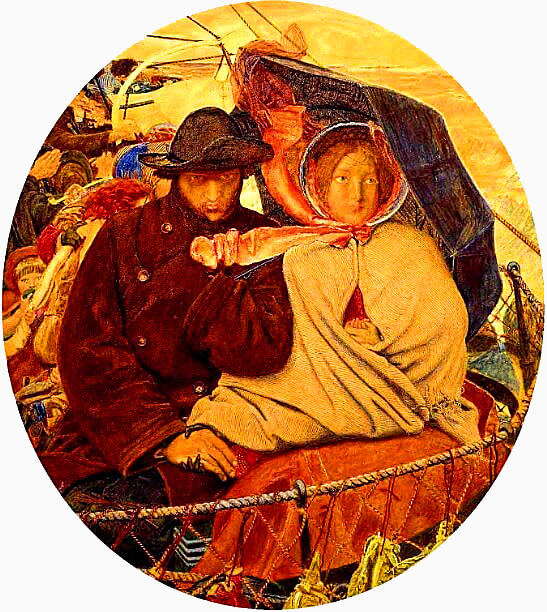 AFTERMATH
What happened to John Blair Wills is a bit of a mystery.  The newspapers said that he travelled to Philadelphia by way of New York on the 22nd of November.  Taking the name of John Goddard, and passing himself off as a surgeon, he was accompanied by a woman, who answered to the description of Ann Good, and a three-year-old child.

James Fenton Wills avoided connection with the scandal by returning to Australia.  He married his third wife Maria in 1862, and with her he had three children.  He probably never saw his mother Janet again.  To avoid the scandal she moved north of the river to Upper Holloway with her daughters. She died in 1875, leaving under four hundred and fifty pounds.

The deserted and destitute Mary Ann was visited in Lambeth Infirmary by Lord Raynham and his mother, the Marchioness of Townsend.  Touched by her terrible experiences, and representing a charity, Raynham gave her an allowance of ten shillings a week.  Afterwards Mary Ann went back to live with her mother in Norwood: the Bath connection may have been put about as a red herring to protect the family’s privacy.  In 1861 they were living in Crown Cottage in semi-rural Norwood, where Kate was working as a dealer in fancy glass and china.

One might think that after all that had happened to her Mary Ann would not trust another man enough to marry him.  But she was made of sterner stuff, and some time later she met a widowed solicitor by the name of Thomas Hill.  Possibly family connections played a part, as Mary Ann’s maternal grandfather and Thomas’s father-in-law were both shipwrights. Then again Thomas might just have spotted her in the street, as Mary Ann is always described as being exceedingly attractive.

In 1865 Mary Ann became Thomas’s wife.  They travelled to Jersey and married by licence, perhaps to avoid any unfortunate publicity, or possibly because Mary Ann was actually still married to John—I have not found any evidence of a divorce or annulment.  Mary Ann was stepmother to Thomas’s five children, and three years later she had a son of her own, Thomas Herbert Maxwell.  Sadly Mary Ann did not live a long and happy life.  She was dead before 1881, when Herbert was only twelve years old.