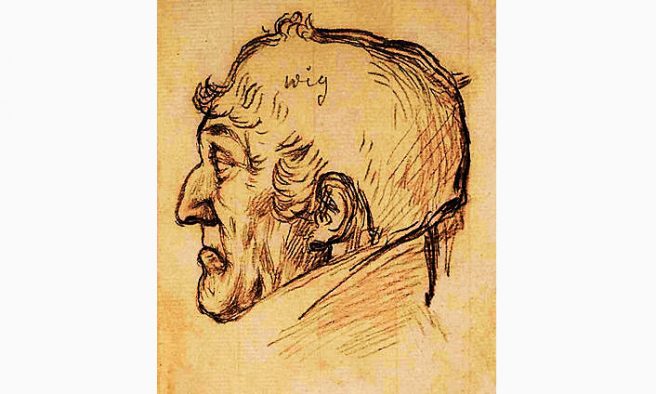 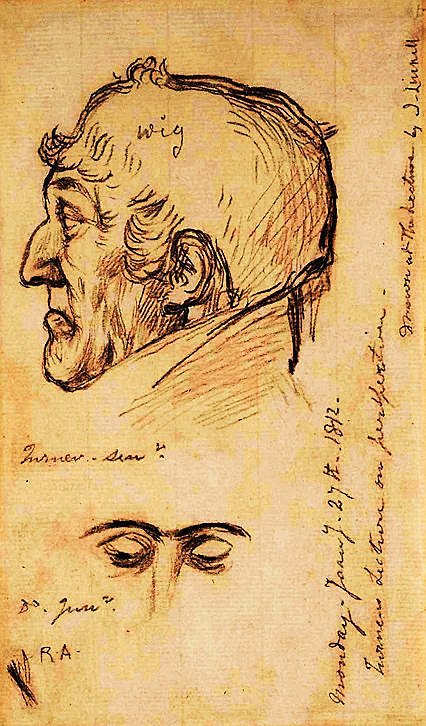 We at London Overlooked see it as our raison d’être to search the shadowy corners of the city’s history for the lesser known.  And of all the causes of undeserved obscurity, none can be more poignant than the brilliance of one’s own child.  Which is why we have chosen to write about Turner.  Not about Joseph Mallord William Turner, the painter, but about William, his father.

A FAMILY PORTRAIT
William Turner, who hailed from Devon, was a barber, and at one time he ran an establishment from his house at a corner of little Hand Court, off Maiden Lane in Covent Garden.  He was certainly there when the younger Turner was born in 1775, and, in an age when gentlemen took their personal grooming seriously, he was no doubt kept busy.  We know exactly what he looked like, because the painter John Linnell sketched him in 1812, when he was in his sixties.  Henry Scott Trimmer, a clergyman and amateur artist who knew him well, remembered him as a strong fellow with small blue eyes, the hooked nose of a parrot, and a jutting chin.  For all the world he might have been a Mr Punch, an observation that has been made elsewhere, and for which we claim no originality! 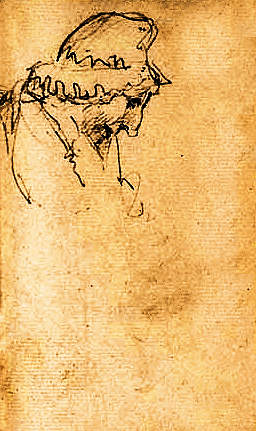 Profile Study of the Head of a Woman wearing a Ruched Cap, Looking Down by J M W Turner.  The drawing, which is dated c.1794, is believed to be a portrait of Turner’s mother Mary.  © Tate  CC-BY-NC-ND 3.0 (Unported)

The Reverend Trimmer in his turn gathered inside information from a Hannah Danby, who was William’s old housekeeper, and from her he was apprised of certain facts about William’s wife Mary.  She sounds as if she was a redoubtable woman.  She was short of stature—as indeed was her brilliant offspring—and a person “of ungovernable temper” who led her husband a merry dance.  She ended her days in an asylum for the insane—possibly in Bethlehem Hospital—and Trimmer suggests that the painter might have inherited his melancholy disposition from her.  No one is sure where she came from, and while some have claimed that she was the daughter of a good family with a manorial seat in Shelford in Nottinghamshire, others think that she was a Londoner born and bred.  There is also a minor tradition that her maiden name was not Marshall, after all, but Mallord.

Interestingly, almost the first portrait produced by the young Turner was of his mother, but Trimmer was not impressed.  The drawing was defective, he thought, and there was no sign in it of the artistic greatness that would one day burst forth.  Mind you, Trimmer made much the same comment on Turner’s first attempts at landscape, which is quite amusing when one considers his later extraordinary accomplishments in that department. 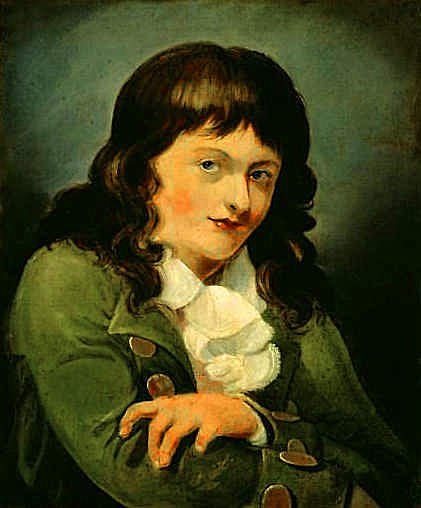 Trimmer also recalled a self-portrait executed by the fledgling painter when he was about sixteen.  Again, its quality is called into question, this time as being too good, and Trimmer ungenerously suggests that a drawing-master had a hand in it.  But the portrait was conspicuous for its mass of dark tresses, and Trimmer was able to confirm that these at least were authentic.  Incidentally, William was proud of his son’s fine head of hair, and mentioned it often.  After all, he was a barber!

WHITE POWDERY CLOUDS
Maiden Lane was an unlikely birthplace for a towering colossus of art.  More of a passage than a lane, it was narrow and dingy—Ruskin wrote that only “a few rays of light” ever got through—and in cold weather it filled with fog.  The red brick houses that lined its sides were begrimed with the smuts belched forth by the London chimneys.  And yet it had been home to many illustrious residents.  Andrew Marvell had once lodged there.  So too had Voltaire, for three years, at an inn called the White Wig.  In neighbouring streets had lived at one time or another Sir Walter Raleigh, William Congreve and David Garrick. 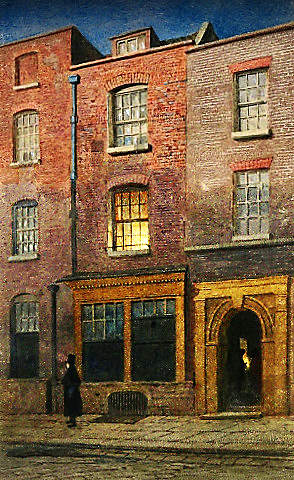 William Turner’s house was opposite the Cyder Cellars, a tavern patronised by artists and writers, and access to the ground-floor barber’s shop was through a gloomy tunnel with an iron gate.  The hagiographers of the nineteenth century scratched their heads, unable to explain how a boy whose father subjected him to such squalor could later create such exquisite beauty.  In a particularly fine passage, laced with mischief, one of the painter’s Victorian biographers wrote that

in this house … amid a perpetual smell of fizzing hair, offered up like incense to the deity of Vanity Fair, and amid white clouds of scented hair-powder puffing out in sudden gusts of snow, passed the early years of Turner, the son of the barber of Maiden-lane.

The same writer had a wonderful eye for the bizarre procedures and accoutrements of William Turner’s trade—the tying of pigtails and the curling of toupees, the powder puff and the curling tongs—which seemed an unpromising training for one destined to give the world Rain, Steam and Speed and The Fighting Temeraire.

LOOKING AFTER THE PENNIES
Anecdotes have left us at least a partial impression of William.  He once pursued a customer down Maiden Lane in the hope of recovering a halfpenny—he had forgotten to charge him for soap—which may explain why he was accused by his son in adulthood of never having praised him for anything other than saving trifling sums of money.  He was chatty—almost a requirement in a barber, one would have thought—and he spoke both rapidly and nasally.  And we are told that he always had a smile on his face. 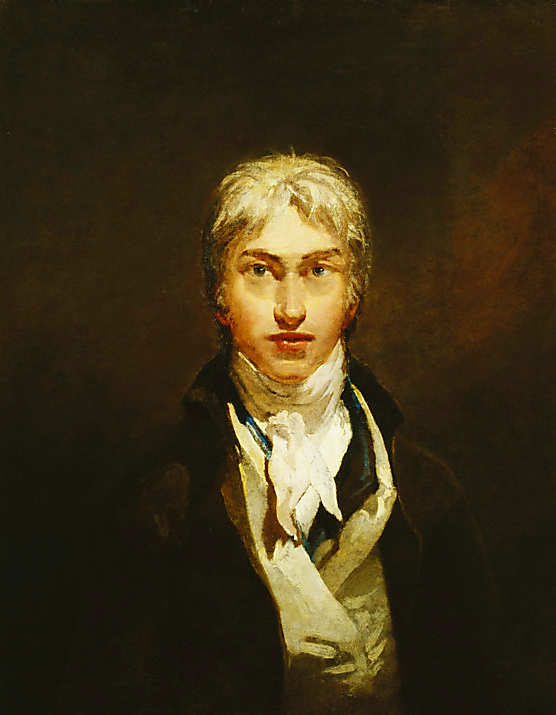 William had his first glimpse of the greatness to come on a professional visit to the home of Humphrey Tomkison, a jeweller and goldsmith who lived in Southampton Street.  He had brought his five-year-old son with him, and, while he fussed over his client, the boy occupied himself by sketching a coat of arms engraved on a set of fine castors that he had spotted sitting on a table.  Tomkison, who considered himself an expert in these matters, was mightily impressed.  William packed the boy off to be taught by Thomas Malton, a drawing-master in Longacre, having been persuaded by Tomkison to pay for the privilege with a legacy—a hundred pounds, no less—that a grateful regular had left him in his will.  Intriguingly, Malton despaired of turning the nascent genius into an artist, but that, as they say, is another story!

Maybe, but William was quick to take advantage, and the barber’s shop in Maiden Lane became a gallery of sorts, with watercolour drawings copied from admired artists pinned around the door.  William’s customers bought them.  But in due course the youngster was employed by a variety of draughtsmen to add colour to their drawings, and really the rest is history, or, perhaps we should say, art history. 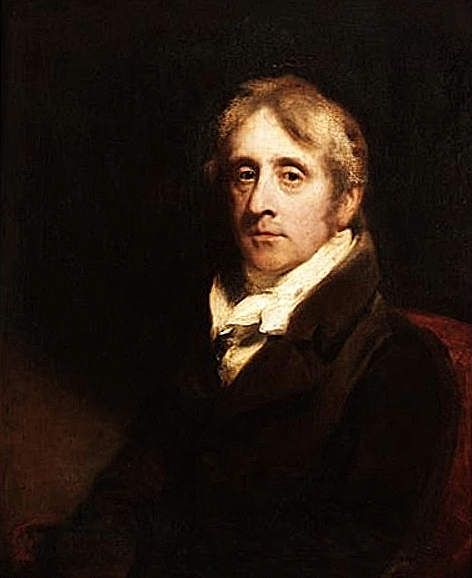 ODD AND OLD
When William moved away from Maiden Lane at the turn of the century, it is said that he took himself off to Dean Street in Soho, and carried on his trade there.  So much at any rate is claimed by Edward Francis Rimbault, a Victorian antiquarian who lived in that part of London.  Rimbault adds that Humphrey Tomkison’s son Thomas, who worked in Dean Street as a piano maker, had his hair dressed by “old Turner”, and we have no reason not to believe him.  Indeed, an amusing consequence of believing Rimbault is that it may be possible to link the garrulous barber with Charles Dickens.

In the early 1820s, when he was about eleven, Dickens would visit an uncle, Thomas Culliford Barrow, who was living at no great distance from Dean Street in Gerrard Street.  Forster, the friend and biographer of the novelist, noted that Barrow was shaved by a “very odd old barber” from Dean Street.  Could he have been our William?  Well, according to Forster he was

never tired of reviewing the events of the last war, and especially of detecting Napoleon’s mistakes, and re-arranging his whole life for him.

If that is not garrulity, then what is?  And supposing Barrow was indeed shaved by Turner, then it was Turner whom the young Dickens described in his juvenilia, in a piece that was locked away for all time in the proverbial desk drawer.

LIKE ANOTHER LAERTES
But in later life William became a rather sad dependant, a kept man, as it were, living off his son’s success.  Now it was the painter’s turn to take advantage, and he had his father working for him at the gallery in Queen Anne Street in Marylebone, which he acquired in 1809.  He also had a house in Twickenham—Sandycombe Lodge—which he had built in 1813.  And there, says Mr Trimmer, his elderly father would toil in the garden “like another Laertes”, every day except Tuesdays.  On Tuesdays he went shopping at the market in Brentford. 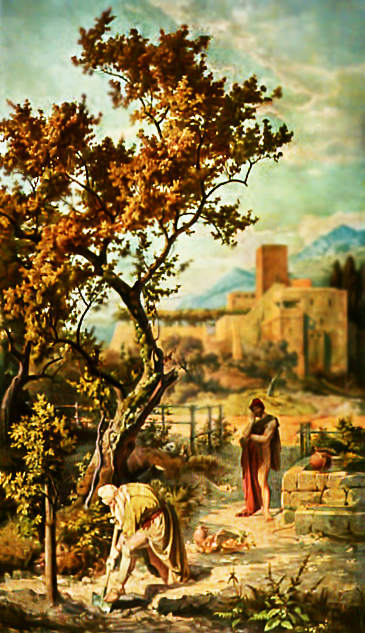 The aged Laertes busy with his spade, watched by his son Odysseus.  Image by Friedrich Preller.

We must assume that Trimmer meant the comparison kindly, for Laertes was of course the father of the hero Odysseus.  When Odysseus returns to his home in Ithaca after twenty years of war and wandering, he espies the old man digging round a plant.  He feels a pang of pity, which must make him the model of a good son.  And the Turners?  Let Trimmer have the last word.  In reference to those weekly trips to Brentford he says that he often met the old fellow trudging home with his weekly provisions in a blue handkerchief, while his son was, well, busy painting …