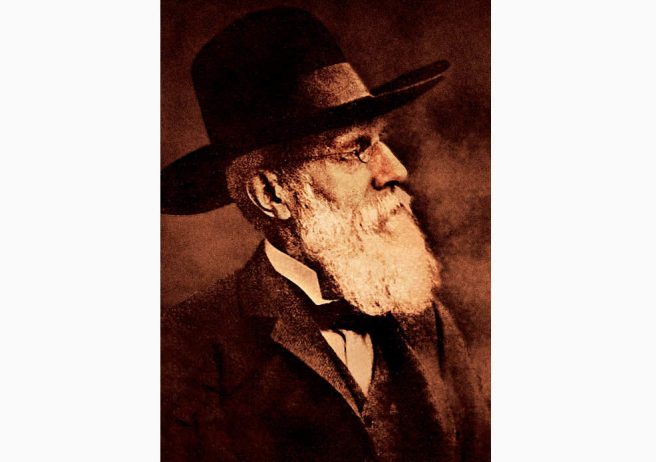 The victim was scarified from ankle to thigh, with some deeper cuts marking his mottled flesh.  One witness described his buttocks as resembling nothing so much as raw beef with blood streaming from it.  The damage had been caused by a punishment beating of between thirteen to twenty strokes with a two-foot-long gutta percha rule. Before he collapsed on the floor his screams were heard by people outside the building.  Who was the victim?  What had he done to deserve this sort of treatment?

It happened late in the afternoon of the 21st of July 1851—a Monday—in Islington in north London.  Mr James Hinchley, a greengrocer and cab proprietor, was working in his stables in Duncan Mews with his employee, Charles Davies.  Suddenly the two men heard blood-curdling screams, which were so disturbing that they hurried towards the noise, shouting for the perpetrator to stop whatever they were doing.  They met Reverend F W Layton rushing from his home in “River House” in Duncan Terrace.  As the men suspected, the cries emanated from the Catholic poor school attached to the church of St John the Evangelist in Duncan Terrace: this was not the first time that they had heard disturbing sounds coming from the building.  In front of the door, crouching on the ground in a faint, was a small boy.  He was six years old, and, being still too young to wear trousers, he was dressed in petticoats.  His name was John Farrell.  He was a pupil at the school, and he had been ferociously beaten.

THE KNOCK AT THE DOOR
Hinchley and Davies knocked on the door of the school.  “What has been going on?” they asked the short-sighted young man who opened the door.  He was dressed in a long black gown, like a priest’s cassock, and was sporting a white neck scarf and a string of rosary beads.  “What business is it of yours?” he replied.  But he was more forthcoming when the local police constable, John Holland, came along to investigate.  “The boy is very bad,” explained the young man, whose name was Brother Francis.  “He stole a paint brush.”  “I am not satisfied,” said the peeler, “and you must accompany me to the police office.”

Brother Francis said he first needed to get changed.  The other men, persuaded by his middle-class manner, waited outside.  But after a while PC Holland went into the school, just in time to apprehend Brother Francis, who was trying to escape through another door.  He took him to the police court, where the young man elaborated on the wickedness of the six-year-old in petticoats, whose name was John Farrell.  Not only was little Farrell suspected of stealing a paint brush but he had failed to attend Sunday catechism class.  He was, in Brother Francis’s opinion, a bad boy.

“DON’T HURT THE GENTLEMAN!”
John, the son of poor Irish immigrants, lived with his family at 4 Elder Walk, a little way north of the school.  Since the time of the potato famines Islington had been teeming with poor Irish Catholics, many working in the local brickfields and in the construction industry.  John’s father was a bricklayer.  The local Roman Catholic chapel had set up a school to serve the poor children, who otherwise would remain as ill-educated as their parents, and no doubt the Farrell parents were grateful, and hoped that this would steer John towards an easier life.

Mrs Farrell was called to the police office, where she learnt what had happened.  But she refused to press charges, as Brother Francis had been given her permission to discipline her son as he thought necessary, and she did not want to see the schoolmaster fined or injured in any way.  Mr Combe, the police magistrate, expressed horror at her apparent lack of feeling, reflecting the widely held view that the Catholic Church held too much sway over its members.  Before deciding on a course of action he wanted to speak to the child’s father.  He also wanted the gutta percha whip to be produced, along with any witnesses there might be for the defence. 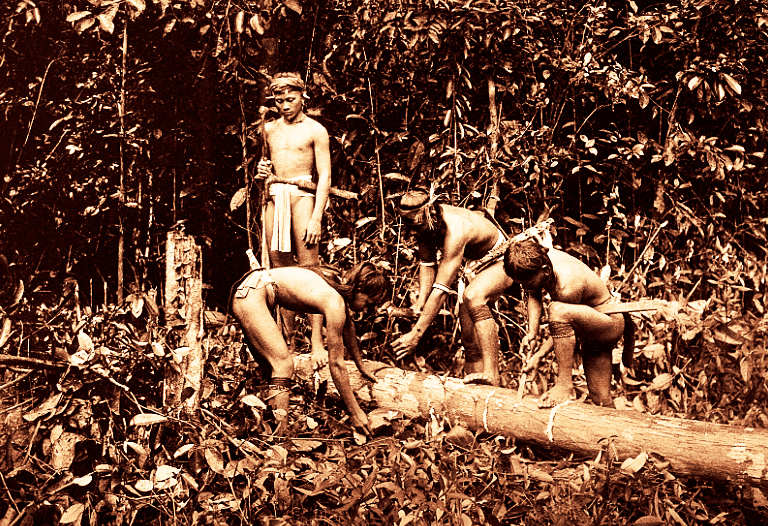 Mr Farrell agreed with his wife and supported Brother Francis.  “An’ faith an’ sure,” he declared, according to the newspapers, “I don’t wish to hurt the good gentleman.”  “You are brutes,” said Mr Combe, who was not amused by this lack of parental feeling.  He was even less amused when a large whip with a bronze ferule in the middle was produced.  Two feet long, and made of a type of rubber latex, it was a formidable weapon.

Two older boys, who had been in the classroom, appeared as witnesses for the teacher.  They declared that John Farrell was very wicked, and that the beating—about thirteen blows—was not actually so bad.  When asked if they would have liked to experience a similar punishment, they changed their collective tune and admitted that they would not.  For his part Brother Francis admitted that he had a temper.  He regretted his actions, and accepted that the punishment had been too severe.

When the parents refused to take the man to court, it looked as if nothing more would be done.  Mr Hinchley was having none of this, and said that he would speak to the parish guardians to see if they would be willing to pursue the case.  After many delays, caused in part by poor John Farrell having to get over a bout of smallpox, Brother Francis appeared before the Middlesex Sessions at the Guildhall in Westminster.  The case had been brought by the trustees of the parish of St Mary Islington.

A CASE OF COMMON ASSAULT
Appearing in civvies, without cassock and rosary, the schoolmaster revealed that “Brother Francis” was a professional name.  He was in fact William Henry James Weale, a Londoner aged nineteen.  He was described by his defence counsel, Mr Parry, as a “gentleman of undoubted education and character”, and not a “Romish” priest after all.  He been employed as schoolmaster for eight or nine months: the school had been in existence for eight or nine years.  The jury were instructed to decide if he was guilty of grievous bodily harm or of the lesser charge of common assault.  The judge reminded them that the law allowed parents or schools to chastise children provided the punishment was reasonable, moderate and proper.

In his summing up the judge also warned the jury to put aside any prejudices they had against Roman Catholics.  He alluded to the fact that for the last twenty-five to thirty years protestants had treated Catholics as fellow subjects, and that there had been a reduction in religious tensions.  (In 1829 Parliament had granted Roman Catholics civil rights.  For many the 1780 anti-Catholic Gordon Riots were no more than memories, unless of course they had read Dickens’s Barnaby Rudge, which had been published between 1840 and 1841.)  The transgressions of the schoolmaster had nothing to do with religion.

The jury found Weale guilty of common assault under aggravated circumstances, and he was sentenced to three months in Coldbath Fields House of Correction.  After sentencing him the judge said that he should never be allowed to work in a school again.  It is suggested that Weale received an unfair trial, that newspapers exaggerated the events and that he was the victim of anti-Catholic feelings   All of this may be true, but the physical evidence of the beating suggests that his actions were disproportionate. 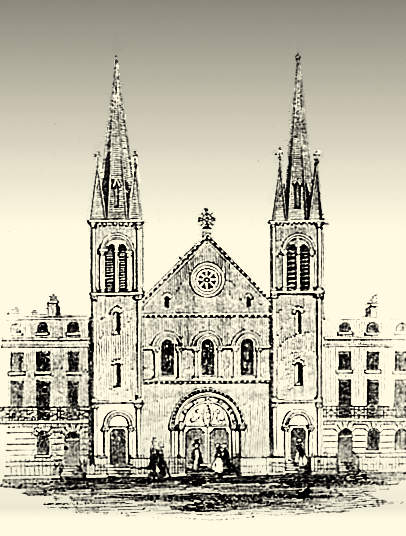 A CLEVER AND ENERGETIC MAN
But who was William Henry James Weale, and what became of him?  He was born in 1832, the son of James Weale and Susan Weale née sometimes De Vesien but usually Ellis.  James died when his son was only six.  He had a keen interest in things antiquarian, having worked first as librarian to the 1st Earl of Sheffield, and then as Principal Clerk of the Crown Commission of Woods and Forests.

William Weale was educated at King’s College School in Wimbledon.  When he left school in 1848, aged sixteen, he was employed in his father’s old department, presumably as a favour to his widowed mother.  But rather than settle for a life of civil service, Weale converted to Roman Catholicism, guided by a mentor, Father F Oakeley.  This was the time of Newman and Pusey and the Oxford Movement, when many turned from mere High Church Tractarian practices to full-blown Catholicism.  There had been talk of Weale going to Oxford University, where his father had studied, but his Catholicism would have prevented this.  Instead he went to live in Islington with other young converts, perhaps with a view to joining the priesthood.  Then in 1851 he took up a post as master in charge of the Catholic poor school, and it was there that he met little John Farrell, lost his temper—not for the first or last time—and ended up in the dock. 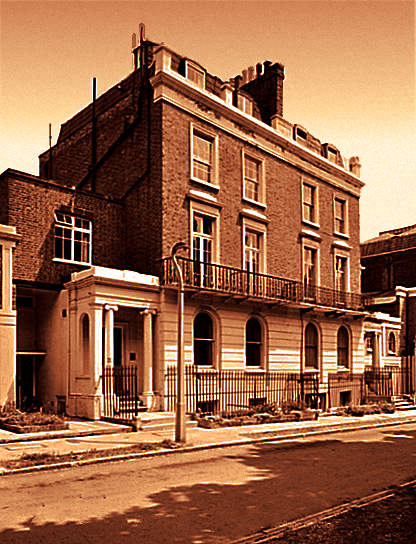 After his release Weale left the country.  He travelled round Belgium for two years, where he began an intimate involvement with Flemish art and crafts.  He then came back to London and married sixteen-year-old Helena Walton at St John the Evangelist, the church in Islington the poor school was attached to.  When the death of his mother in 1855 left him financially independent, he moved to Bruges with his wife.  There he organised exhibitions, wrote art books, founded antiquarian societies, and contributed to and founded journals.

He was obviously a clever and energetic man.  But he remained argumentative, and this was why he failed to secure a position as Archivist of Bruges.  Miffed at this rebuff he returned to London, where he lived at 29 Crescent Grove in Clapham with his wife and ten children, and where in 1890 he finally achieved professional recognition as Keeper of the National Art Library—head librarian—at the Victoria and Albert Museum.  With his abundant energy he was able to make changes that benefited library users, and to continue working on his many academic publications. 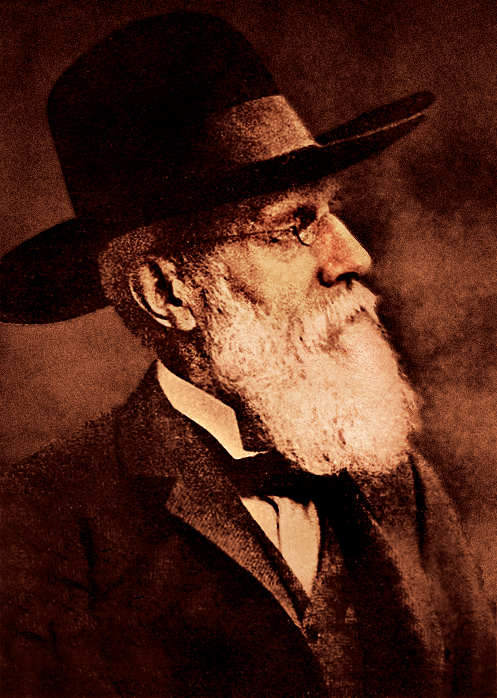 THE END OF WILLIAM WEALE …
Weale was not an imposing figure—he was short-sighted, sported the generic Victorian beard and adopted a shuffling gait—but beneath his ordinary exterior there lurked a fiery nature.  He was not slow in coming forward with his opinions, even when they went against the views of everyone else, and he continued to fall out with colleagues.  When he was relieved of his post, an official report noted that the Late Keeper of the Art Library “has been too active a reformer, has been too frank to the committee”.

A peep into his family life at least reveals harmonious feelings towards the two daughters who became Roman Catholic nuns.  But the same cannot be said of his relationship with his sister, Charlotte Julia, who accepted High Church practices—she was a devoted Tractarian—but positively disliked Roman Catholics.  Charlotte’s will forbade any Roman Catholics from entering her house, even family members, and even after her death.  One cannot help assuming that this was a dig at her brother.  But William did not have the chance to attempt an ingress, as he predeceased his sister by one year in 1917.  He was buried in the churchyard of the Roman Catholic church of St Mary Magdalen in Mortlake.

… BUT NOT OF JOHN FARRELL
You may be wondering what happened to John Farrell.  Did he become an overlooked Londoner, obscured by poverty, and by a not uncommon name?  Or did his brush with the law repeat itself?  All with be revealed in a forthcoming article.