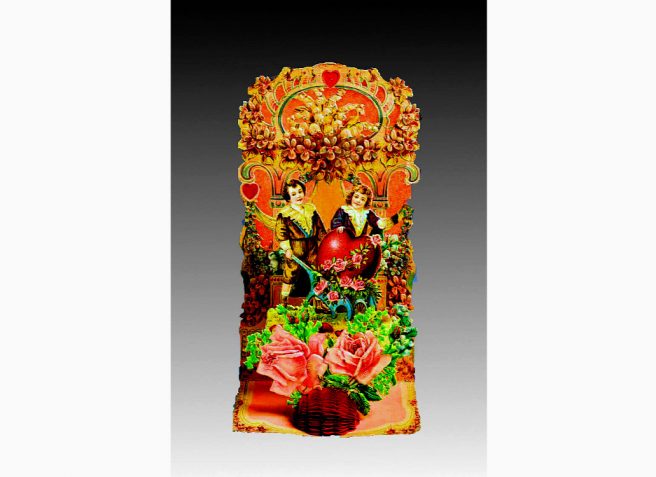 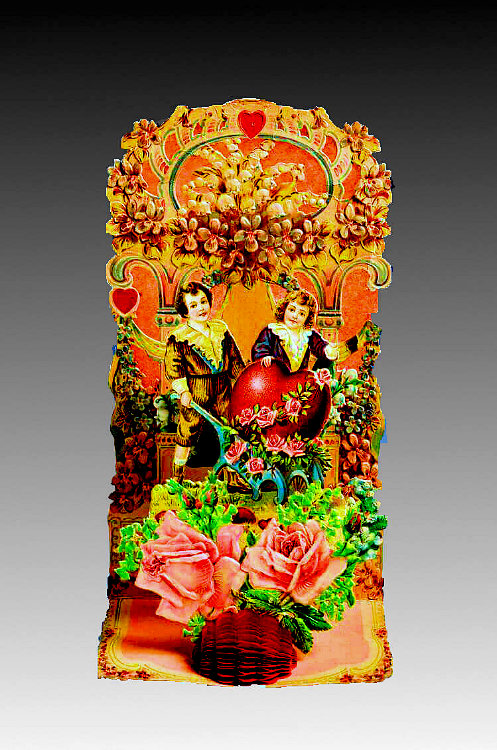 Valentine’s Day was as significant in the Victorian calendar as it is today.  The Globe newspaper of 1855 estimated that all the cards delivered in London, if stacked on top of each other, would be taller than the Monument, which stands at two hundred and two feet.  If laid in a line they would run from London to Dover, a distance of sixty-eight miles as the crow flies.  And in the 1870s for two London postmen—“letter carriers”—this outpouring of love proved a little too much.

Valentine’s Day is named after a Roman priest martyred in 270 AD for helping Christians.  He is an odd patron saint for a feast of love, given that he was famous for his chastity.  But the day probably owes more to the Roman festival of the Lupercalia, when young people chose sweethearts by drawing names out of a jar.  The early Church was keen to give pagan festivals a Christian gloss, which is why the Lupercalia became Valentine’s Day. 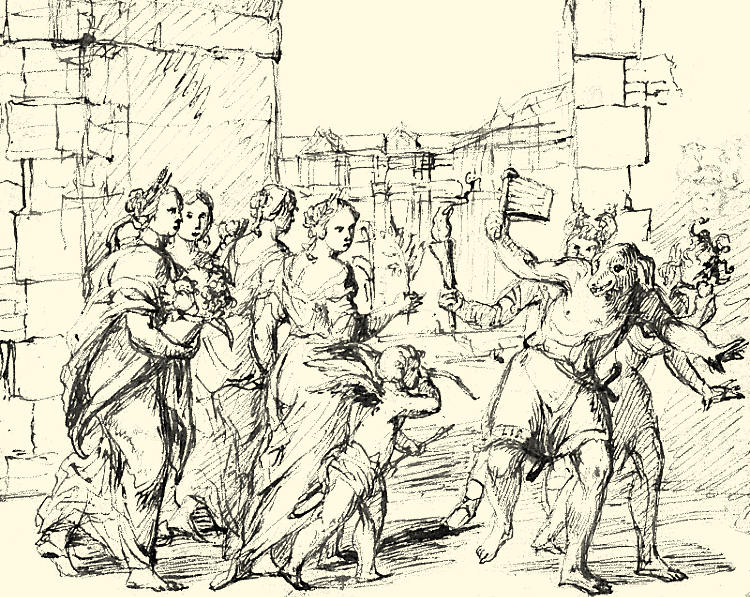 The festival of the Lupercalia in Rome.  Drawing by the circle of Adam Elsheimer dated late sixteenth or early seventeenth century.

LABOURS OF LOVE
The Victorian period was the heyday of the Valentine.  In 1870 up to a million cards were delivered in England, and postmen were given an added meal allowance to help them cope with the extra work.  This explosion in card sending was the result of several factors: a postal service that was affordable and speedy, increased literacy, and developments in large-scale ephemeral printing.

Cards could be decorated in many ways: with paper lace, with printed scraps, with perfumed sachets.  Popular images included children, churches, animals and especially flowers.  From ancient times plants and flowers had been endowed with meaning, and part of the fun of receiving a card was interpreting your lover’s secret message.  For example, clover meant “be mine”, snowdrops represented hope, and ferns fascination.  But a degree of caution had to be exercised, for while dahlias generally stood for elegance, a red dahlia denoted betrayal and dishonesty.  And, as will become clear in due course, the first of our two postmen would have understood the meaning of the marigold, namely pain and grief. 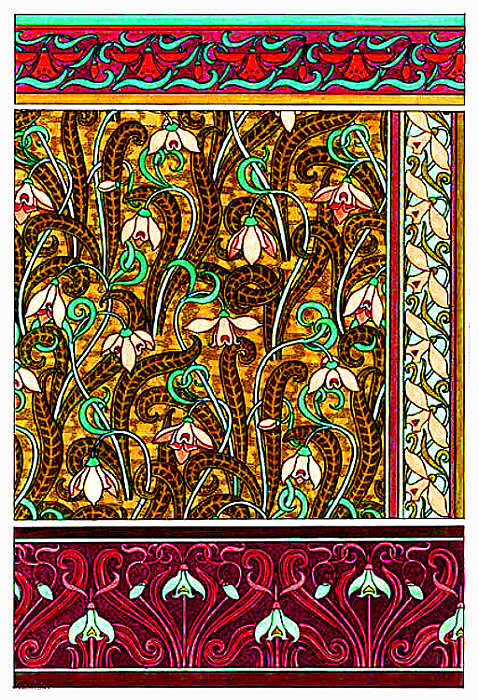 AS CHANCE WOULD HAVE IT
He was Richard Watts, a letter carrier aged twenty-eight, and on the day in question, which was the 15th of February in 1879, he was supposedly going about his duties.  On this rather gloomy and overcast Saturday he had been at work since dawn.  He was a General Post Office employee of three years’ standing, and he wore a blue coat with red piping.  On the collar of his coat the letters “GPO”—General Post Office—and his number were embroidered in white.  Beneath the coat he wore a blue waistcoat, and, lower down, blue winter trousers adorned with red stripes running down the outside of each leg.  His peaked hat—the type known as a shako—sat low on the back of his head to give some protection from the rain.

Now Richard was particularly busy.  He had three times the usual post to deliver, as the previous day had been Valentine’s Day, and not everyone had obeyed the General Post Office pleas to post in good time.  And while delivering post in Lower Kennington Lane—the northern half of today’s Kennington Lane near the Elephant and Castle—he had the misfortune to come to the attention of Police Constables 179 L and 17 LR.  They had seen him constantly dropping his bag and letters.  To crown it all, when an unsuspecting householder answered the door to his knock, Richard fell into the passage, clearly unable to stand up straight. 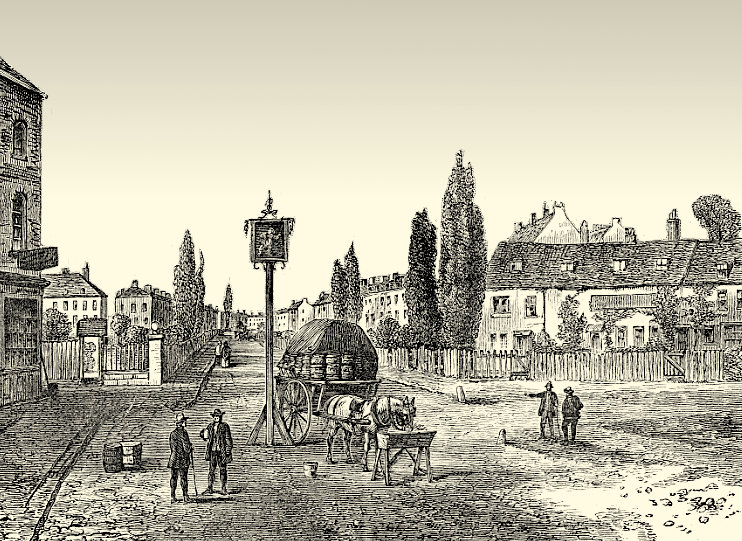 View of Kennington as it was in the late eighteenth century.  Image in Edward Walford Old and New London volume 6 ( ) page 331.

The constables judged that he was very drunk, and promptly arrested him.  Richard insisted that he was not drunk, and that he could manage to make his remaining deliveries, and he demanded that a doctor be called to back him up.  Unfortunately for him the doctor confirmed that he was indeed inebriated, and a few days later he came up before the magistrate, Mr George Chance, at the Lambeth Police Court in Kennington Lane.

ROUGH JUSTICE
A gentleman attending on behalf of the General Post Office attested that Richard had worked there for three years, and was of previous good character, but noted that on this occasion, as well as being drunk, he was behind with his delivery.  He added that he would probably be discharged, whatever the outcome of the case.  Richard was found guilty and given the option of a five pound fine—perhaps four or five times his weekly wage—or one month in prison.

Richard was fired.  But his fate did not go unnoticed, and the Croydon Chronicle and Surrey Advertiser admonished those who had given him the fateful drink on his rounds.  For it was their misjudged generosity that had led to the wretched letter carrier’s dismissal. 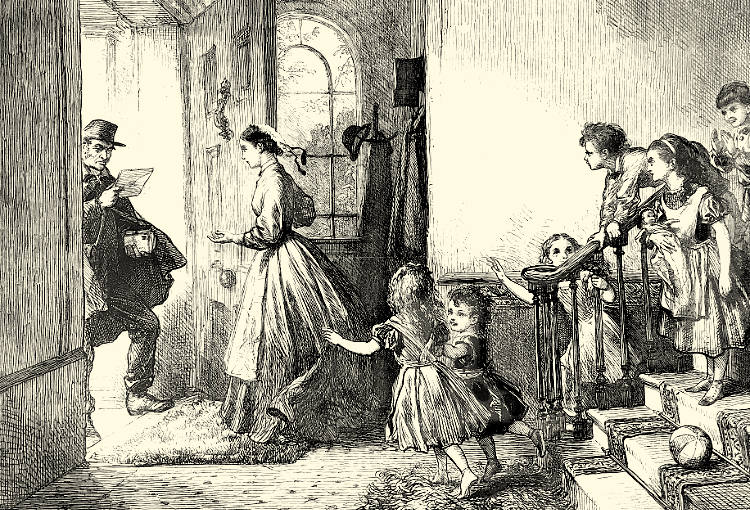 AND ANOTHER
The stresses and strains of the Valentine’s Day increase in post were not limited to one man.  In 1871 an unnamed letter carrier belonging to the Buckingham Gate district was arrested for being drunk while delivering the Valentine’s Day mail.  In his defence he said that he had been on duty since four in the morning without the opportunity to take a break or eat a meal.  A lady on his rounds, taking pity on him, had given him half a tumbler of sherry, which had turned out to be half a tumbler too much.  But in this case the nameless postman was not discharged.