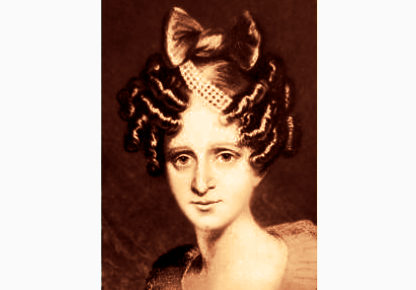 Recently a curious advertisement in The Morning Post dated the 1st of March 1879 caught my eye:

Her Majesty’s Drawing Rooms
Lessons in the correct court headdress as
Approved at the Lord Chamberlain’s Office, given daily by
Nestor Tirard, Coiffeur Fleuriste by special appointments
To her Majesty the Queen
H.R.H. the Princess of Wales
H.I. and R.H. the Duchess of Edinburgh
And the Royal Family
29 Curzon Street, Mayfair London W.

Investigations into the interestingly-named Monsieur Tirard reveal not one hairdresser, but a veritable dynasty of hairdressers with royal connections.

Born in France in 1821, Jean Nestor Marie Tirard — Nestor Tirard was his professional name — became hairdresser-in-ordinary to Queen Victoria from 1846 on a salary of £300 per year.  “In ordinary” denotes that he was a regular member of the Royal Household staff.  He continued in this post until his retirement nineteen years later, and, at some point later, his son took charge of the royal hairbrush.

As with many areas of professional life in the nineteenth century, family connections secured Nestor’s entrée into the royal favour.  In June 1846 at St Marylebone Church he married Marie Félicité, the daughter of Isidore Simon Marchand, who was a fellow hairdresser, and, most importantly, hairdresser to the Queen.  It is quite likely that Nestor had married the boss’s daughter. 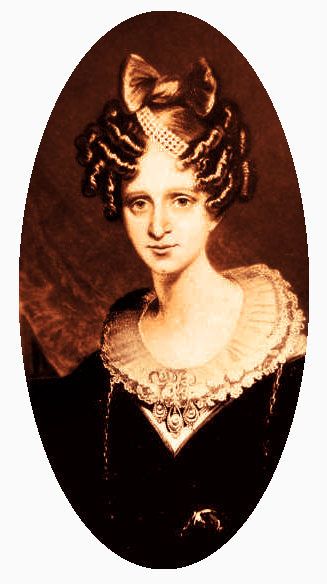 Queen Adelaide, wife of William IV.  After a painting by William Beechey.

We need to take a step back to look at the Marchand family.  Father-in-law Isidore, his brother Denis (aka Tony) and sister Louise Victoire Alphonsine were all born in Orléans, France, the children of a wig maker and hairdresser.  They were orphaned in 1810 when very young.  How they came to England I don’t know, but I suspect that they were adopted by another member of the hairdressing family, as the boys followed the same trade.  They arrive in England sometime before 1828, when Isidore and his wife Ann, a local Marylebone girl, have their first child.  Denis goes on to open a perfume and hairdresser shop on Regent’s Street, and Louise marries a hairdresser-parfumier called Gibbins, himself the son of a hairdresser-parfumier.

During the 1830s Isidore is working for Queen Adelaide, the wife of William IV.  A glance at any painting or sculpture of the Queen shows he certainly had his work cut out: she adopted an elaborate coiffure of enormous sausage-shaped curls and ringlets.  He also dressed the hair of the Duchess of Kent and Princess (soon to be Queen) Victoria.  Unfortunately by 1846 he is mentally ill and is forced to retire.  Poor Isidore died at the London House Asylum in Hackney on 1 October 1847 aged only 44 and was then buried at All Souls, Kensal Green.

Interestingly it was Nestor who stepped into his father-in-law’s shoes as the Queen’s hairdresser, rather than any of the other hairdressers in the Marchand family.  Perhaps he was more talented, or perhaps, in less enlightened times, Isidore’s illness made blood-related Marchands unacceptable. 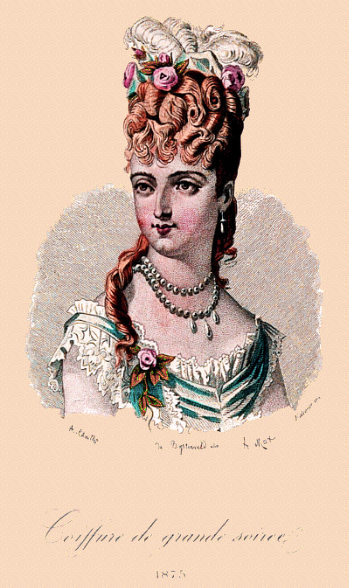 The head and shoulders of a woman with blond hair wearing a high chignon attached to her natural hair which is decorated with flowers and feathers by A Max after A Chaillot.  Dated 1875.  Credit: Wellcome Collection  CC BY

Dressing the Queen’s hair twice a day wasn’t Nestor’s only source of income.  In 1850 he advertises in the newspapers that he is available to give lessons in hairdressing, during the Court’s stay in London, at his premises at 27A Davies Street.  He also advertises — in French, perhaps for a more sophisticated touch — that he sells beautiful artificial flowers from Paris and plumes de cour i.e. the feathers that any woman being presented at court would be expected to sport.  During Victoria’s reign three feathers — one tall with a smaller on either side — were the preferred fashion.  Curtsying before the Queen without losing the headdress must have been an anxiety for those being presented.  The lady in question, having survived committing a social faux pas, then had to leave Her Majesty’s presence, walking backwards and making sure she did not trip over her train, which could be all of 10 feet long.

This is a description of what a Miss Chichester wore to court in 1845 from the Nouveau Beau Monde: Costume du Cour comprised of “a train of rich glacé rose des Indes lined with white silk, trimmed with Crepe lisse and elegant bows; body and sleeves à la sevigue [probably a misspelling of Sévigné], with trimmings of blonde; skirt of handsome white satin, blond and bows.  Coiffure of ostrich feathers, lappets and diamonds.”

Nestor is mentioned in newspaper reports as making the bridesmaids’ headdresses for the wedding of the Princess Royal – Vicky – to Frederick of Prussia in 1858.  By 1861 he has moved to 25 Down Street with his wife Maria and his daughter Nancy.  His two sons, Nestor and Albert Victor, the latter presumably named in honour of the Queen and her consort, were away at school. 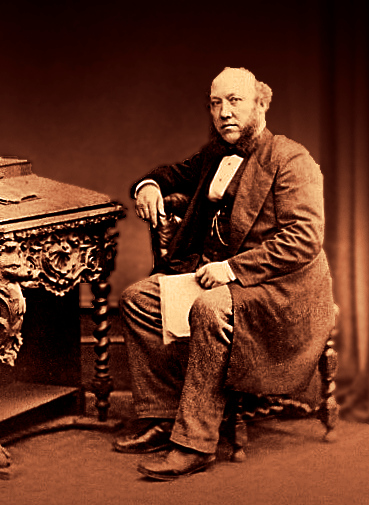 In the Royal Collections there is a photograph of Nestor along with those of other members of the Royal Household.  He is a plump, bald headed man with the extensive fuzzy side whiskers known as Dundrearies or Piccadilly weepers.  He is wearing a frock coat, a waistcoat, a stiff-fronted shirt and a possibly a small bow tie — it is hard to see beneath all that fuzz.  His shoes look sturdy, as would be appreciated by someone who would be on their feet all day.  He seems to be holding a folded towel or serviette.

In 1867 he was retired from the Royal Household.  Could it be that the hours of standing made hairdressing a young man’s game?  It would seem that his second son, Albert Victor, took over from him, although the firm continued to be called Nestor Tirard.  The firm provided the flowers for Princess Louise’s wedding to the Marquis of Lorne in 1871, and in 1879 made a wreath of orange flower and myrtle for Princess Louise Margaret of Prussia on her marriage to the Duke of Connaught.  Nestor arranged the Princess’s veil and hair – perhaps he came out of retirement especially for the event?

By 1881 the Tirards were living in a rented property at 39 Curzon Street next to the Curzon chapel.  In 1888, on 26 May, Jean Nestor Marie died at 10 Albert Terrace in Margate, a fitting address for a royal servant.  He was buried in Norwood cemetery on 1 June 1881.

Albert Victor continued as the Queen’s hairdresser, and is mentioned in her diary entry for 26 February 1889:

… An early luncheon, after which dressed for the Drawingroom, which was at 3. I wore deep black …  It was a very full & long Drawingroom. I had a dreadful misadventure. Tirard (the coiffeur) had not pinned my cap & veil sufficiently firmly, & when, as I felt the room warm, I asked Louisa Buccleuch to remove the lace scarf I had on my shoulders, happening to turn my head round at the same moment to speak to Ld Lathom, off came the whole thing completely! The Ladies rushed to put it on again, but badly of course, & Alix & Lenchen helped, but it was dreadful, though most ludicrous. I shall never forget the moment, when it came off before the quantities of people, staring at me, Corps Diplomatique, Ministers, Court, &c.

What reprimand Albert Victor received is not recorded.

A NOTE ON SOURCES
The main sources of information for this blog post were census returns, records of birth, deaths and marriages and nineteenth-century newspapers.  The portrait of Nestor Tirard can be found at: www.royalcollection.org .uk/collection/2910276/nestor-tirard-royal-household-portraits-volume-54.  The diary entry about Queen Victoria and Albert Victor Tirard was accessed via the fantastic: www.queenvictoriasjournals.org.