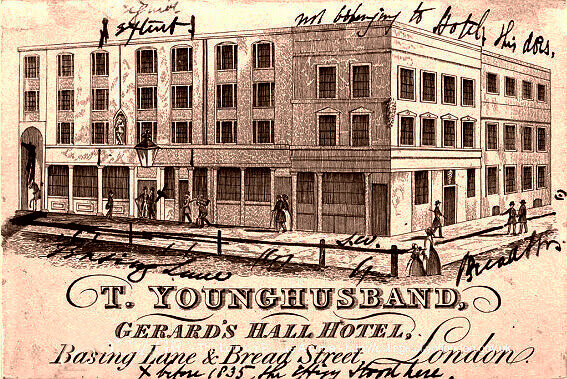 If you read my post on Loddiges nursery and the Empress Josephine’s palm tree, you might have wondered who the man on the horse is.  Well, the answer is one Thomas Younghusband, and I know this because he wrote a letter to The Times on 29 July 1854, that is to say, two days after the transporting of the tree from Hackney to the new Crystal Palace at Sydenham Hill.  The letter gives technical specifications—the height and weight of the tree, the precautions taken in securing it to the carriage, the number of horses needed to haul it through the streets—and one wonders what readers of the newspaper would have made of it all.  No doubt they were impressed by Mr Younghusband’s achievement, and no doubt his business did not suffer for the publicity.

There is in fact an intriguing story attached to the name of Thomas Younghusband.  It begins with the address printed with the letter in The Times, namely Gerard’s Hall Inn, at 23 Old Bailey.

Younghusband was born in 1787 in Caldbeck in Cumbria, but we find him in his mid-twenties in London.  His life in the capital certainly had its ups and downs.  In 1833, when he was already running the tavern, he was passed a forged £50 note.  In 1848 he was relieved of a chest of tea worth £13, which was on a three-horse wagon waiting to be carried to Paddington Station.  The two teenage thieves were transported for seven years. 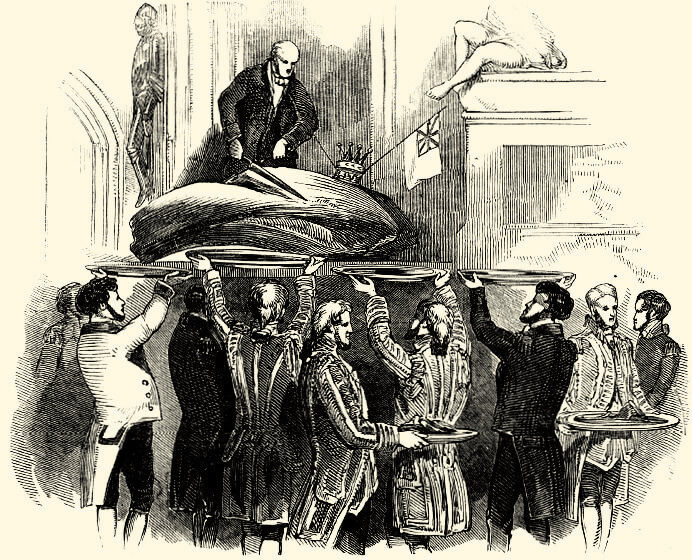 THEN CRYSTAL PALACE
The high point of Younghusband’s remarkable career was the Great Exhibition of 1851.  We know that he catered for the crowds that flocked to the first Crystal Palace in Hyde Park, because he features in advertisements for Thomas Stirling’s Patent Rapid Water Filters, a product he happily—and no doubt profitably—endorsed.  In these he is quoted as enthusing that the filters provided “an abundant supply”—half a million gallons, to be precise—“of bright, pure, soft water”.  He was stationed in the Central Refreshment Room, where he evidently insisted on only the best for the visitors—and I don’t just mean the filtered water.  In May he purchased 812 lbs of prime beef from Messrs Wilkinson and Carricks of the Penrith Shambles, and, given that Penrith was less than twenty miles from his native Caldbeck, we must assume that he knew whereof he bought. 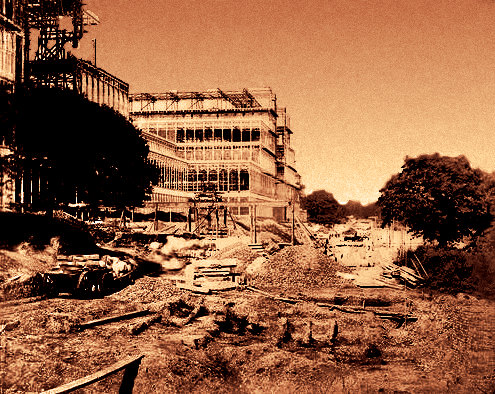 When in 1852 it was decided to move the Crystal Palace from Hyde Park to Sydenham Hill, Joseph Paxton contracted the Smethwick firm of Fox Henderson & Co. to carry out the operation for the sum of £120,000, and they in their turn contracted Younghusband to provided the vehicles.  The 1851 Post Office directory lists no fewer than twenty-five carriers operating from Gerard’s Hall, but how many of these were employed in the Crystal Palace project is hard to say. 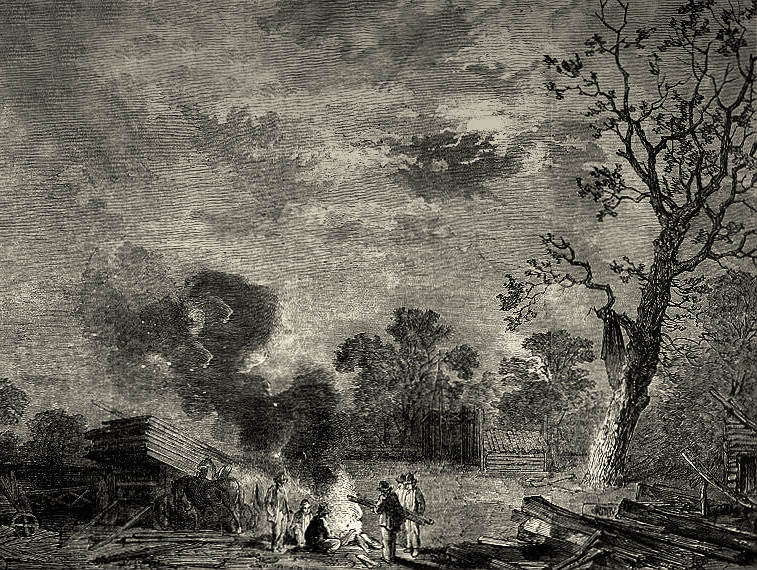 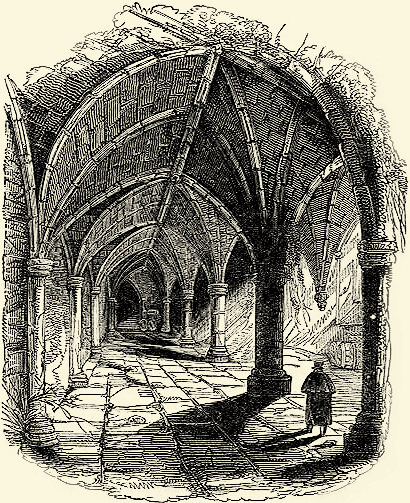 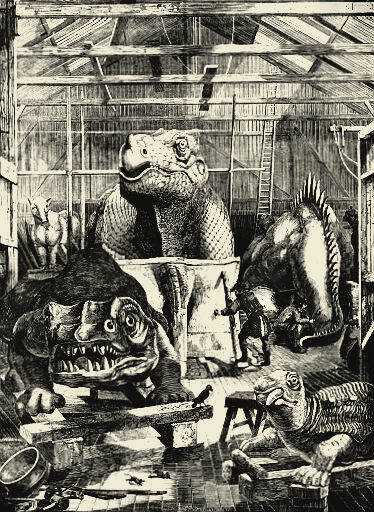 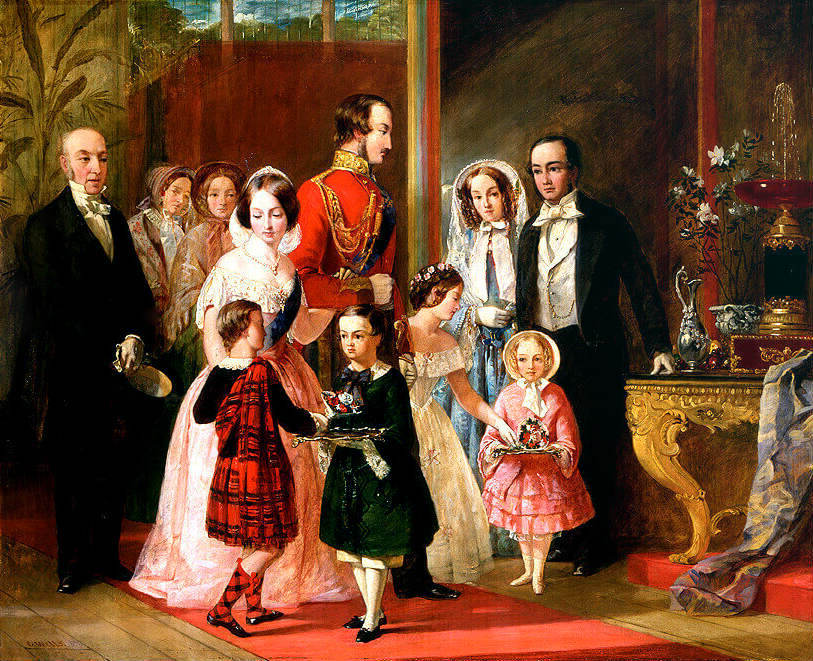 And, as if this royal encounter were not compensation enough, Younghusband did not entirely lose Gerard’s Hall.  For there arose, phoenix-like, a “New Gerard’s Hall” a few streets to the west of the defunct Basing Lane at 23 Old Bailey—the address on the letter to The Times with which this story began.  These premises had at one point belonged to a firm of hay salesmen, and so they were well-suited to a business that relied on the maintenance of horses.  And there Thomas Younghusband died on 22 June 1857, aged 70, leaving effects worth up to £1,500—a tidy sum.  His official epitaph must remain the entry in the National Probate Calendar, where it is recorded that he was a “common carrier”, that is to say a carrier who could be hired by one and all.  But I hope you would agree that this perfunctory statement is not—and allow me to borrow a phrase that regularly rings out in another Old Bailey establishment—the whole truth.

SOURCES
The principal sources for my research were nineteenth-century newspapers.  On Philip Henry Delamotte, who photographed the building of the Crystal Palace at Sydenham Hill, see Ian Leith, Delamotte’s Crystal Palace, 2005.  On the painting of Younghusband meeting Queen Victoria, see Mireille Galinou & John Hayes, London in Print: Oil Paintings in the Collection at the Museum of London, 1996.