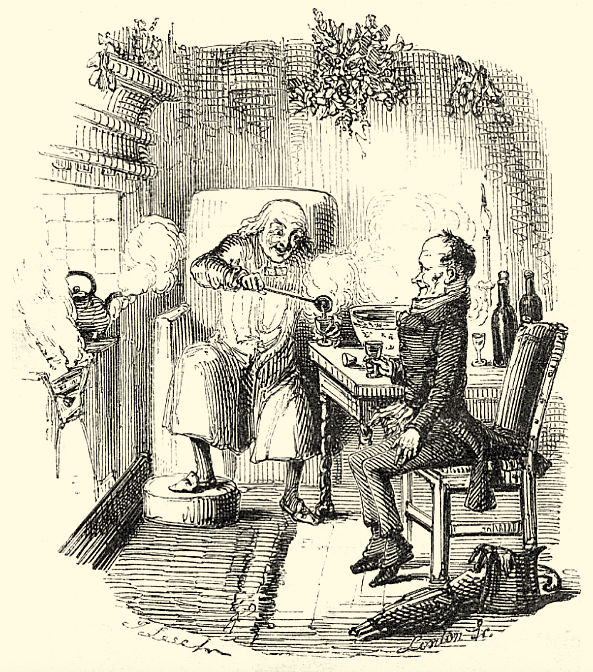 Day 1.  In a letter written in December 1836 Dickens wrote: “I arrived home at one o’clock this morning dead drunk, and was put to bed by my loving missis.” 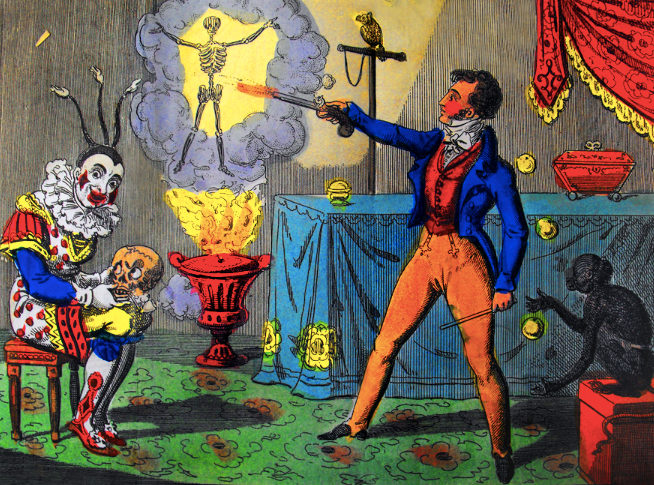 Day 2.  At a children’s Boxing Day party in 1843 Dickens, who loved conjuring tricks, “boiled” a plum pudding in a gentleman’s hat. 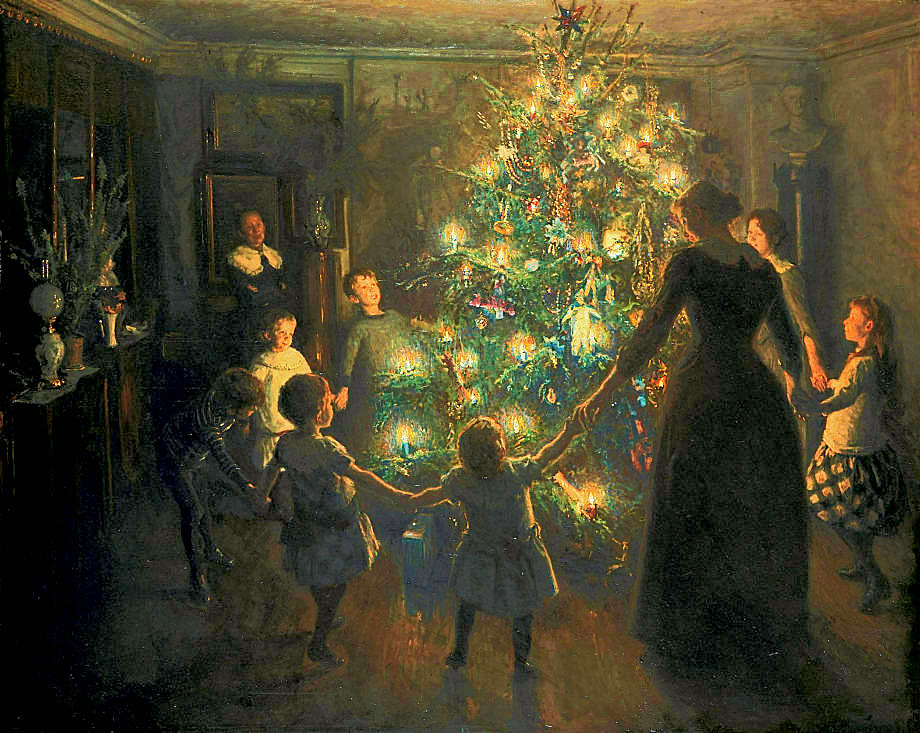 Day 3.  In 1850 Dickens wrote of a Christmas tree festooned with candles, rosy-cheeked dolls and doll’s house furniture made of tin. The tree was to him “a pretty German toy”. 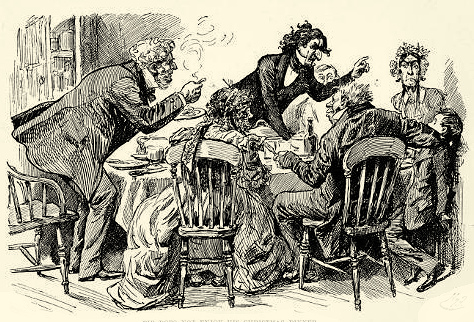 Day 4.  Pip’s Xmas dinner was “the scaly tips of the drumsticks of the fowls” and “those obscure corners of pork of which the pig, when living, had had the least reason to be vain”. 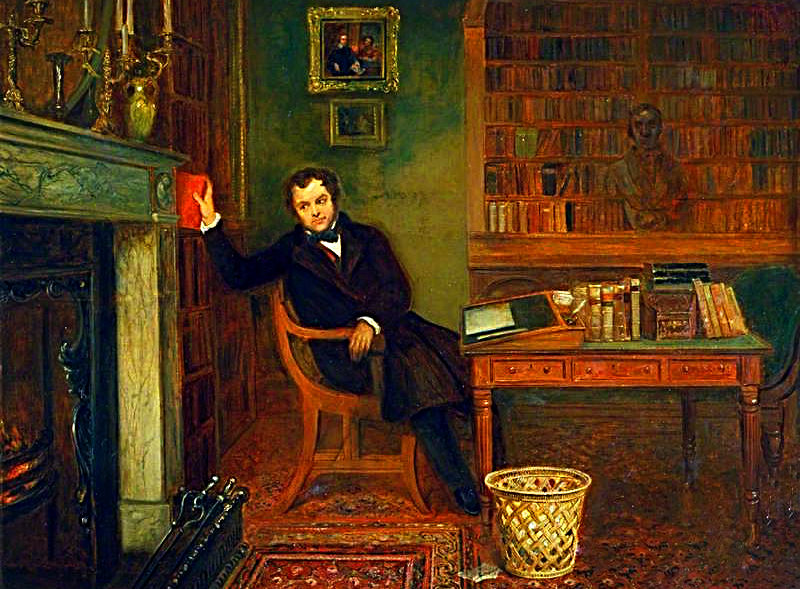 Day 5.  In 1846 Dickens wished his dear friend Forster “many merry Christmases, many happy new years, unbroken friendship, great accumulation of cheerful recollections, affection on earth, and heaven at last, for all of us”. 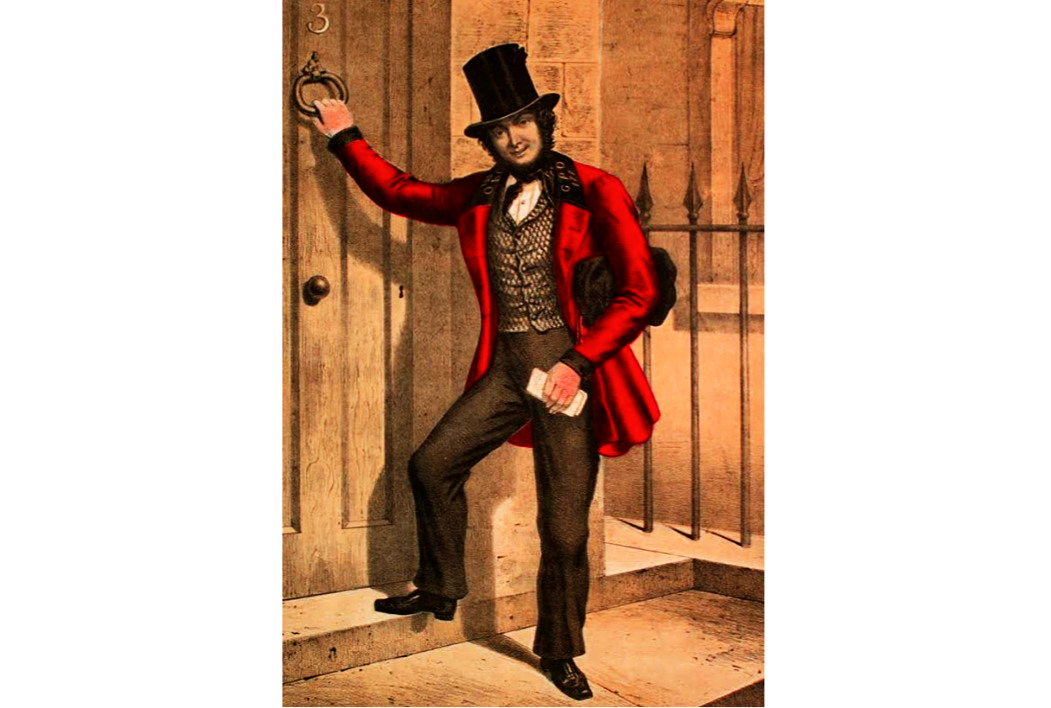 Day 6.  In 1844 Dickens received a letter from a cherished friend. Greatly moved, he thanked the postman with a glass of whisky, and opened the letter “with a moist and oystery twinkle” in his eye. 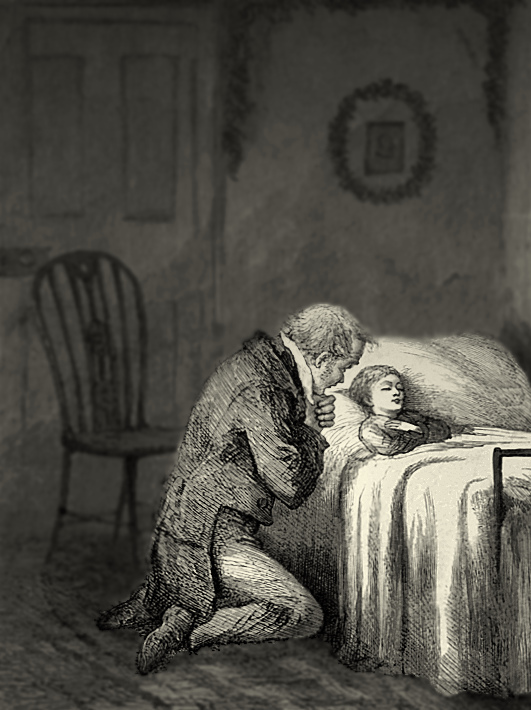 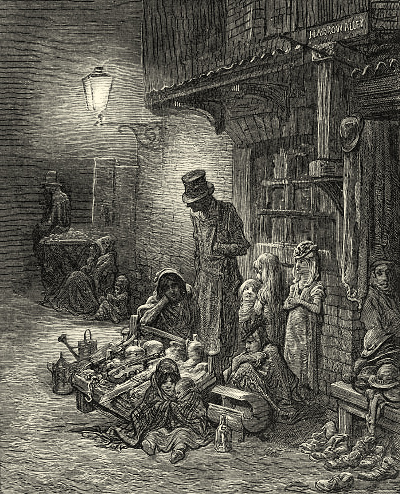 Day 7.  When writing A Christmas Carol in 1843 Dickens alternately wept and laughed, and “walked about the black streets of London, fifteen and twenty miles, many a night when all the sober folks had gone to bed”. 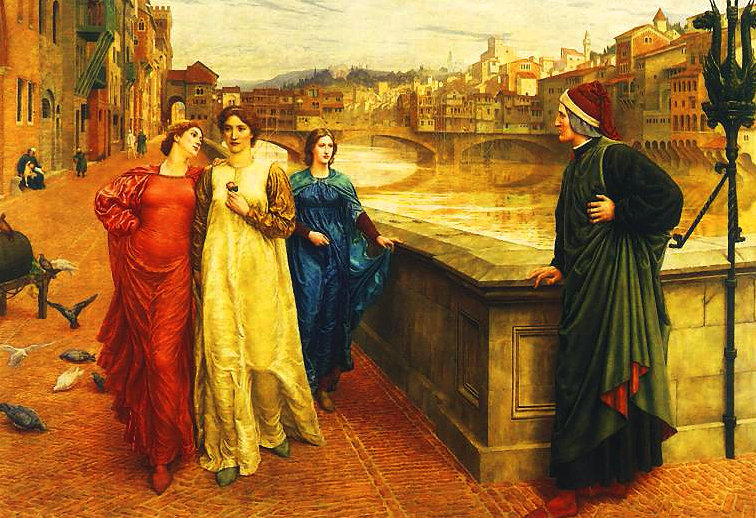 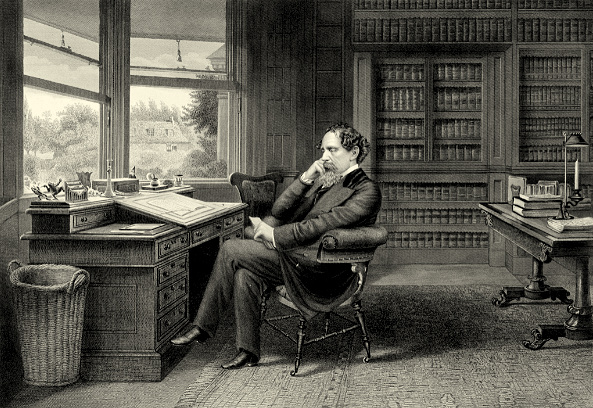 Day 8.  New Year’s Eve 1867.  Dickens had received a friend’s translation of Dante’s La Vita Nuova.  “I cannot tell you with what affectionate remembrances of you it will be associated, when my glance rests upon it in its place on my shelves.” 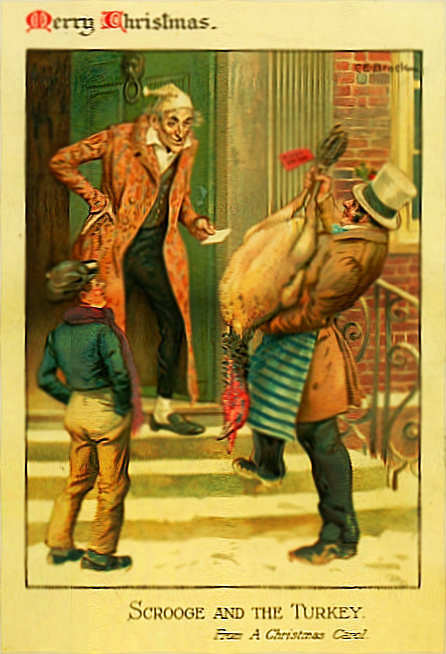 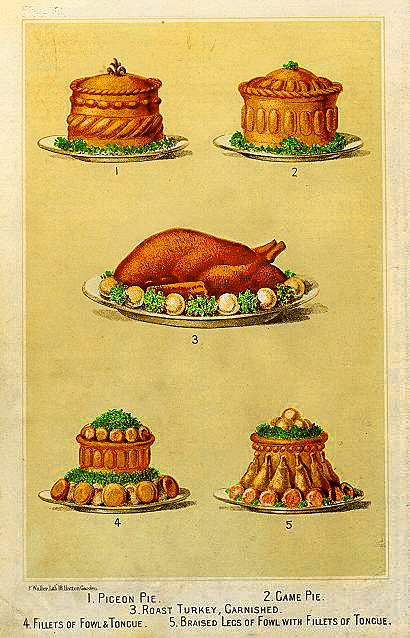 Day 9.  On the 2nd of January 1840, referring to a turkey, Dickens wrote that “the blessed bird made its appearance at breakfast yesterday, the other portions having furnished forth seven grills, one boil, and a cold lunch or two.” 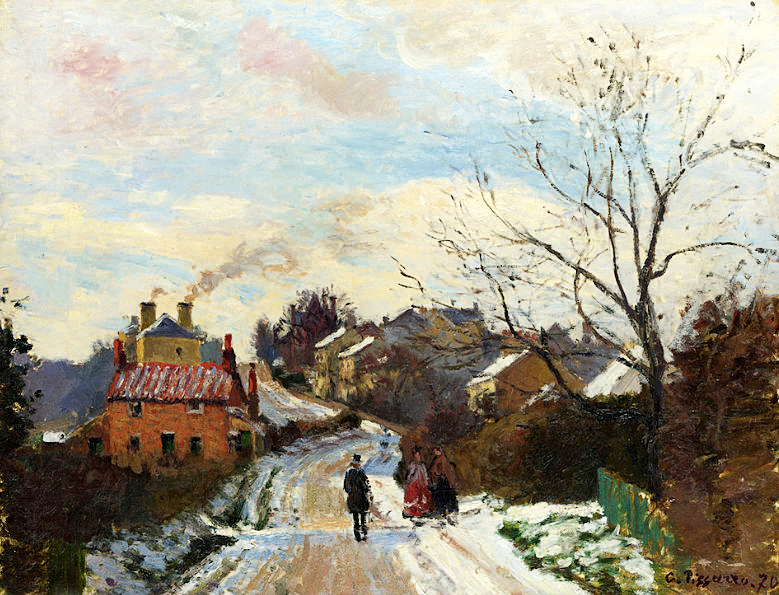 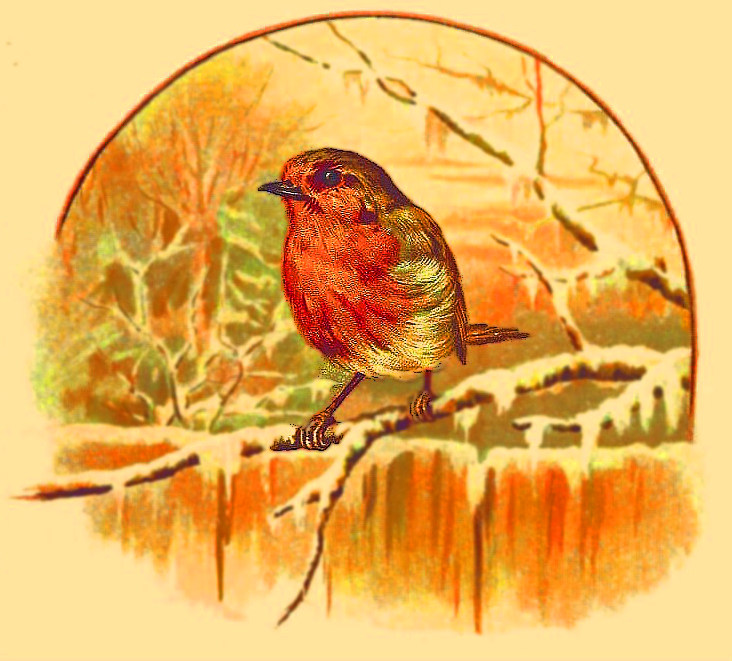 Day 11.  Saturday 4th January 1865.  Writing to a friend from his London office Dickens said: “I have not been here since the day before Christmas Eve.  The welcome little redbreast that I found awaiting me, did me good, and warmed my heart”.