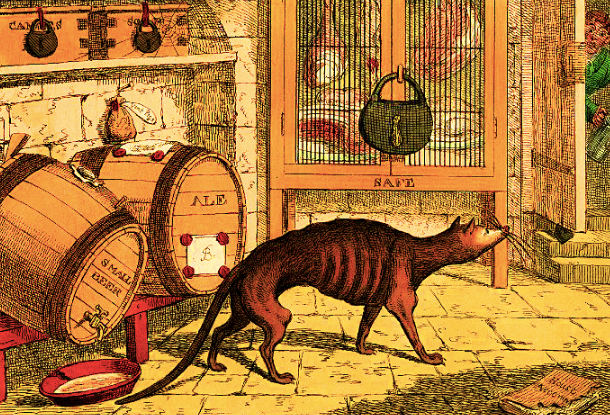 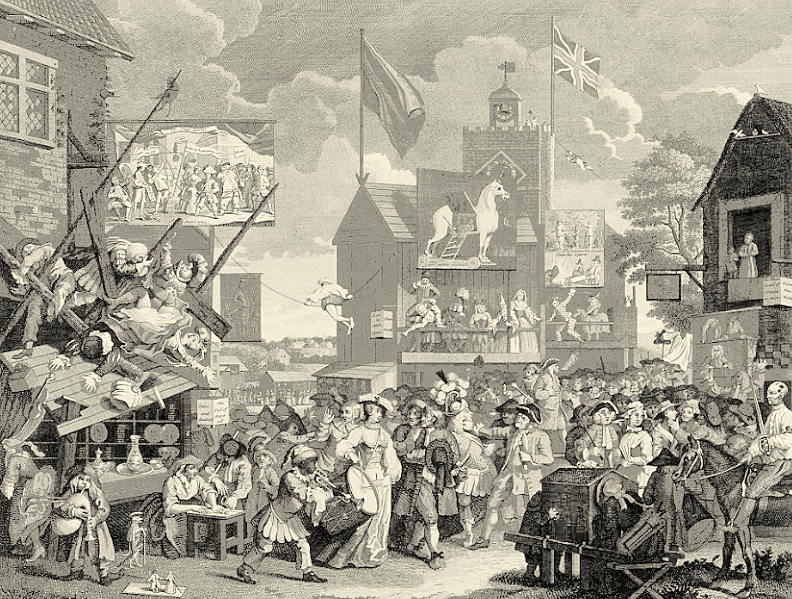 A good story is told about a fellow called Edward Shuter.  He was a Methodist, of sorts, although his religious leanings do not concern us that much.  He was also an actor on the London stage, and his theatrical activities concern us rather more.  He was a man of the eighteenth century, born early in the reign of George II in about 1728, and dying in the reign of George III in 1776.  Legend has it that he was the son of a chair-man and an oyster woman, and that his mother gave birth to him in a cellar in Covent Garden.  He liked to point out that his mother sold oysters only in the winter—in the summer she sold cucumbers—and that there was no cellar but “a front room up two pairs of stairs” in a house in Vine Street belonging to a chimney-sweep.  But he was a Londoner, and is now more or less overlooked, and on these grounds he qualifies for this blog. 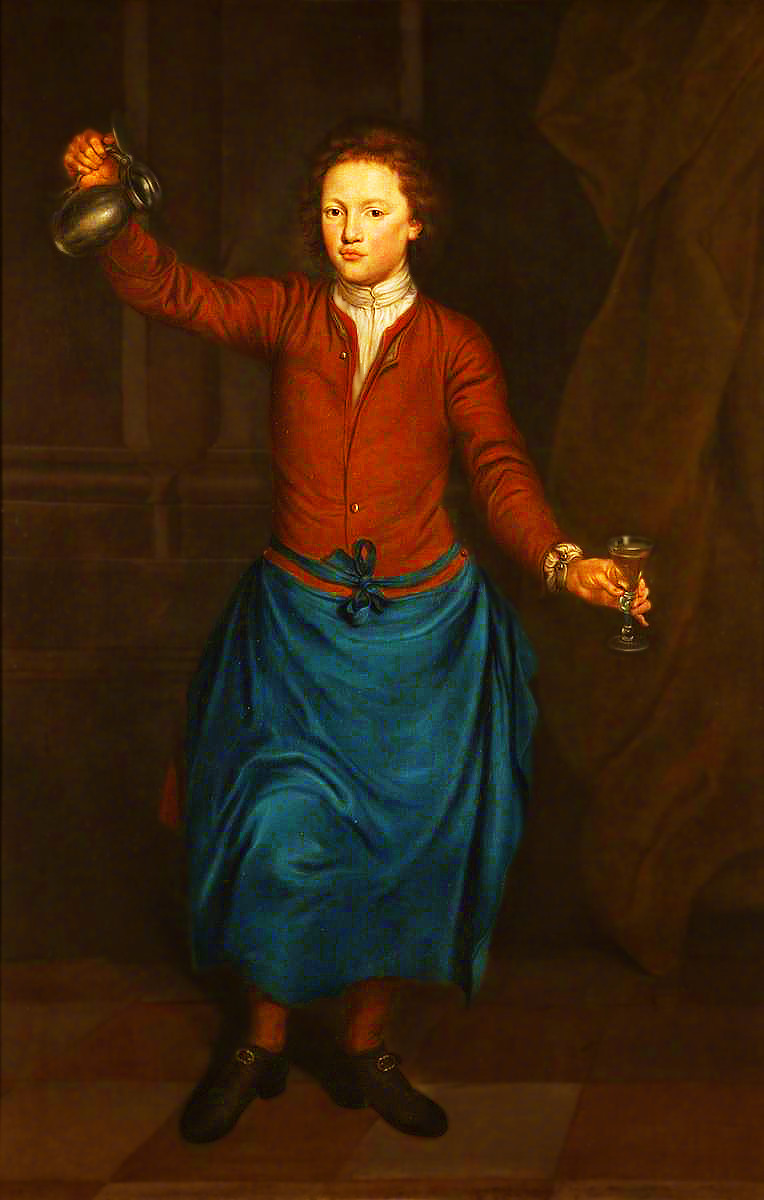 For all it is worth, I might mention here that in his own day Shuter enjoyed a degree of recognition.  He appeared at Covent Garden and Drury Lane, and he had some Shakespearian roles to his credit, notably Falstaff in 1 Henry IV.  But in the main he was what was called a “low actor”, and the boards he stamped tended to be those of the illegitimate theatres, or the entertainment booths at the Southwark and Bartholomew Fairs.  He had a naturally funny face—“nature did a great deal for this actor,” as one critic put it, “education very little”—and a knack of batting back rude comments into the auditorium.

Shuter got into acting at a young age while working in the Covent Garden taverns, first as a pot-boy but later as a billiard marker.  Probably he made the acquaintance of actors when he delivered beer to the theatres, although one source claims that he owed his entrée to a wealthy benefactor.  The gentleman in question had left a gold-headed cane in a coach, and Shuter was able remember the vehicle’s number, which reminded him of the price of porter and tobacco.  We know the names of the taverns where he was employed.  One was the Sun in Russell Street, and another the Blue Posts opposite Brydges Street.  The second of these was run by a chap called Ellidge, and then by a chap called Carter, who had long simian arms with which he polished off his opponents at the billiards table.  Before the Blue Posts, though, Shuter had worked at the Queen’s Head on the south side of Covent Garden market, and it was there that the rather remarkable events I am about to relate took place.

GENTLEMEN OF THE NIGHT
Before we go any further, it should be pointed out that the Queen’s Head had a curious history of its own. Originally it had been Carpenter’s Coffee House, and the owner, George Carpenter, had once been a Covent Garden porter who could carry twenty-four baskets on his head.  Later, and after its incarnation as the Queen’s Head, it was called the Finish.  As the Finish it enjoyed an open-all-hours notoriety—drinkers would “finish up” there when decent establishments had closed for the night—and its glitzy clientele included the likes of Richard Brinsley Sheridan. 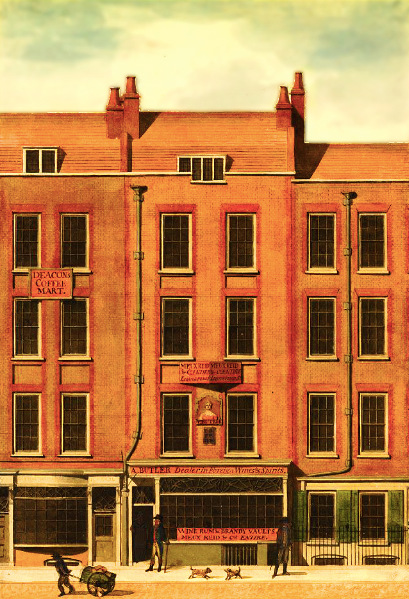 View of the front of the Queen’s Head tavern by James Winston.  Drawing dated 1825.  © British Museum

The owner of the Finish was one Mother Butler.  She was called “Mother” not because she was any sort of nun, but because she welcomed one and all into her tavern, and the sobriquet conjures up an image of red-cheeked good cheer.  In fact—and we owe this interesting snippet of information to Fraser’s Magazine of July 1842—she was a little old widow:

a fallen leaf, whirled about by the wind during a fortnight, or a strip of brown paper that had for the same space of time opposed its entrance through a broken pane of glass in a window, may afford an idea of the colour of her complexion.

Probably Mother Butler entertained some unsavoury characters, and the bare-knuckle boxer Tom Cribb noted in his Memorial to Congress of 1819 that the “Gentlemen Depredators of the night” would gather in the Finish to share out their takings.

Peep o’ day Boys & Family Men at the Finish a Scene near Covent Garden by George Cruikshank.  Image in Bernard Blackmantle (pseudonym of Charles Molloy Westmacott) The English Spy (1825) between pages 342 and 343.

A CHARMING BOY
Back to Edward Shuter.  At the time of the story he was twelve years old, and working at the Queen’s Head, where he would carry mugs of porter round the tables, with many a mug charged with the lumps of bread known in those days as sops.

Now young Shuter had a strange fondness for rats.  He found plenty of them in the cellar of the Queen’s Head, and, rather than attempt to flush them out, he actively sought their company.  And by feeding them the beer-soaked sops from the mugs of porter he won their trust.  His kindness went even further, for he gave the rats names.  Shuter  was—at least in his dealings with rats—quite the charmer.

One of the BROWN Rats, discovered in the Cellar of the Mansion House on Lord Mayors-day by Charles Williams.  Print dated 1827.  © British Museum

PIED PIPERS
The rat charmer is encountered surprisingly often.  The obvious example is the folklore figure represented by the Pied Piper of Hamelin, although he crops up in other guises, such as Hans Mousehole from Magdalenagrund in old Vienna, who led the rats of the city into the Danube by playing on his black transverse flute.  Nor is rat charming confined to folk tales.  Every Good Friday in Thuringia in central Germany, before the sun came up, the squeak of little whistles was heard in the dark as the good burghers rid their houses of vermin.  The whistles were made of the thigh bone of a rat’s hind leg. 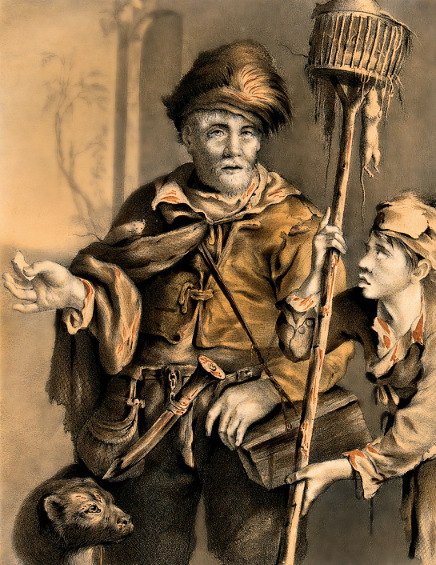 A rat-catcher accompanied by a young boy.  Lithograph by F Sexton after Cornelis Visscher dated 1835.  Credit: Wellcome Collection  CC BY

Even as recently as the twentieth century there are reports of rat charmers.  In the early 1920s a Shropshire man had his home cleared of rats by a strange character who sprinkled a mysterious powder on the floor and muttered incantations.  The charmer charged the grateful householder £1—paid in advance—but he refused to divulge the words of the charm.  “If I were to tell ’ee,” he said, “it wudna work”.  Later in the century, in the 1950s, it was reported that a charmer was at work in Phillack, a small town in West Cornwall, hypnotising rats by whistling at them.  The charmer, whose name was “Chamfy” Nicholls, was the sexton at the churchyard, which seems quite appropriate.

A curious article appeared in 1872 in the Gardener’s Chronicle.  Written by a professional gardener, it was a complaint about a charmer who could attract rats “from considerable distances, make them run up his legs, and nestle in his bosom like a pet kitten”.  The charmer appears to have had not the slightest intention of exercising his powers for the public good, and the rats duly overran the neighbourhood.  Really one wonders if the author of the piece, who by a rather quaint irony had the surname Fish, was making a thinly veiled attack on a man who refused to deal with vermin so stubbornly that he seemed actively to court them. 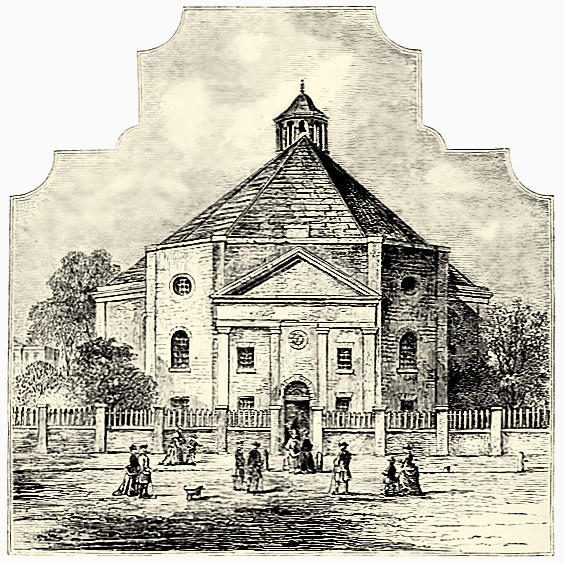 ARE YOU SNUG IN THERE?
When the angry Mr Fish wrote of the rats that they looked spellbound and fascinated by the charmer—they “clung to him when disturbed with apparent fondess”—he could almost have been writing about Edward Shuter in the cellar.  For the pot-boy of the Queen’s Head let the creatures he befriended scuttle all over his hands and face.  They would climb up his legs, and tuck themselves snugly between his shirt and his waistcoat.  And out he would go, into the streets of Covent Garden, taking his rats with him.  He would even talk to them, calling them by their names.  Passers-by would stare at Shuter in amazement, and one can understand why, if he was indeed walking along the pavement with ratty tails sticking out from beneath his coat.

What with his juvenile tenderness towards rats, and his eventful career on the stage, Shuter led a colourful life.  He drank a great deal—a pot-boy to the very end, one might say—and spent much of his adult earnings on his addiction to religion.  The religion was Methodism.  Shuter was an admirer of the controversial preacher George Whitefield—did he think of him as a fellow performer?—and he subscribed generously to the Tabernacle in Tottenham Court Road. 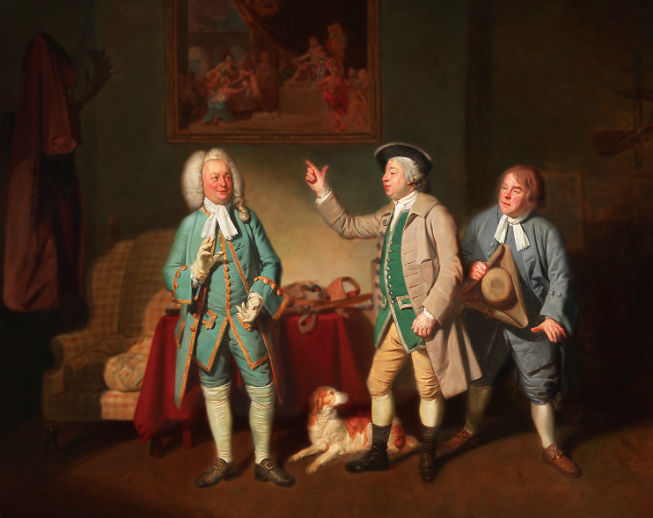 A Scene from “Love in a Village” by Isaac Bickerstaffe by Johan Zoffany.  Edward Shuter playing Justice Woodcock is the figure on the left.  Painting dated 1767.

As the end approached, Shuter again drew attention to himself on the streets of the capital, but now as the target of taunts.  He was followed by insolent boys, who laughed at him cruelly, and he died, disreputably, in a tavern.  But the nineteenth-century biographer John Doran, who had a kindlier disposition than the street urchins, saw him in the round as a man “who oscillated between Covent Garden stage and the Tabernacle pulpit, and meditated over his pipe and bottle in Drury Lane upon the infinite varieties of life.”  How appropriate, then, that he played the dissolute Falstaff so well.  But there was one trick that he did not learn from Falstaff, and that was how to charm a rat.