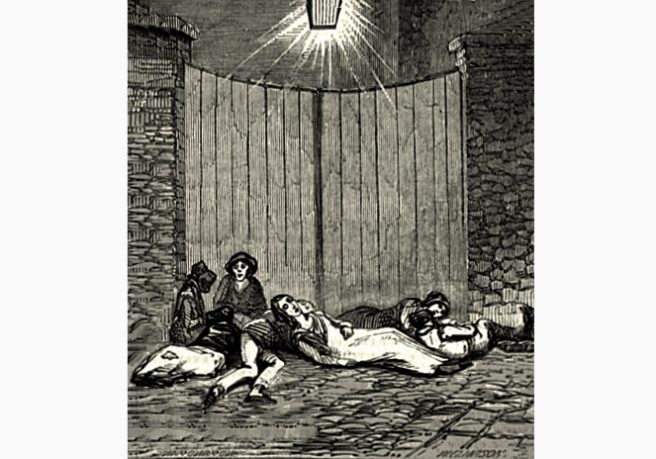 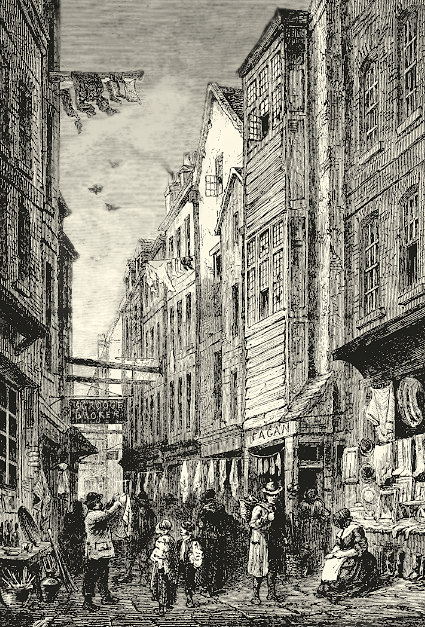 One Sunday in the early years of the reign of Queen Victoria two men were making their way along one of the less salubrious streets near Smithfield.  Their identities are a complete mystery, which is a shame, as what they discovered there was remarkable, and what they did was little short of heroic.  Classics examples of overlooked Londoners they may be, but they are certainly not forgotten.

For what these two unidentified individuals stumbled upon in this sad corner of the capital was the body of a man.  And “body” is really the right word, for although there was still life in the man, there was not much of it, and every breath he took might well have been his last.  The two companions were moved by pity.  But they were not entirely surprised, for this was West Street in Smithfield, and it lay only a stone’s throw from the notorious Field Lane.

SUCH HORRID DWELLINGS
George W M Reynolds, a contemporary writer with an eye for the grotesque, gave a horrified description of West Street.  To him it was a nightmare landscape in which the knackers’ yards—the suppliers of “meat” for the vast population of urban dogs and cats—carried on their grisly business with grim efficiency.  The bones of the slaughtered horses hung in the windows to bleach.  Over everything sat a dark pall of offensive smells. 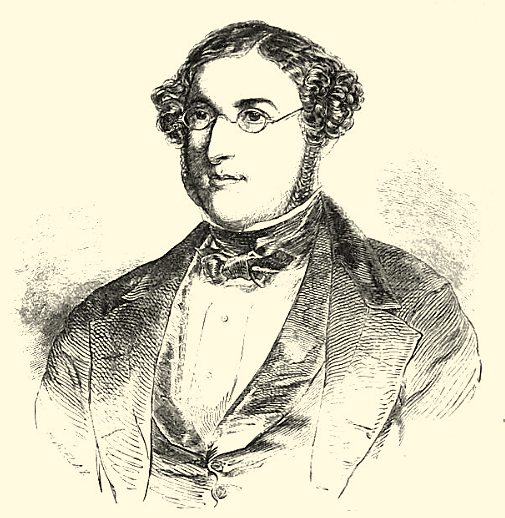 Field Lane enjoyed an equally unsavoury reputation.  However, where West Street was the graveyard of old and diseased horses, Field Lane was a hub of human activity, much of which was not exactly in line with the law.  Standing along the pavements were the cheap lodging houses where indigent Londoners lived in sordid and crowded rooms.  Many of the rooms were occupied by the receivers of stolen goods, who slept during the day and worked at night.  Beneath these at street level were eateries and coffee shops.  Other houses were occupied by prostitutes.

The lodging houses of Field Lane were the subject of a dramatic exposé by the social reformer Charles Cochrane.  He went there in person one Saturday evening in the autumn of 1847, accompanied by two policemen, and that same night he wrote an account of what he had seen and heard, and above all of what he had smelled.  In one house he had found large families living in small rooms, where little tokens of normality, such as pictures and ornaments, sat in unhappy juxtaposition on the dilapidated walls.  In another the lodgers paid fourpence a night—with six consecutive payments earning them a free Sunday night—to sleep in rooms crammed with cheap bedsteads.  They moved through the shadows with the help of rushlights jammed into oyster shells.  As Cochrane noted, not without irony, lodgers in other establishments were paying only threepence a night, but they were sleeping two in a bed.  But his most damning comments were reserved for the cellars of these establishments, which in all cases were repositories of every imaginable sort of filth.  They served as lavatories for the lodgers and mortuaries for the neighbourhood cats, and the reek had easy access to the floors above through gaping holes in the rotten floorboards. 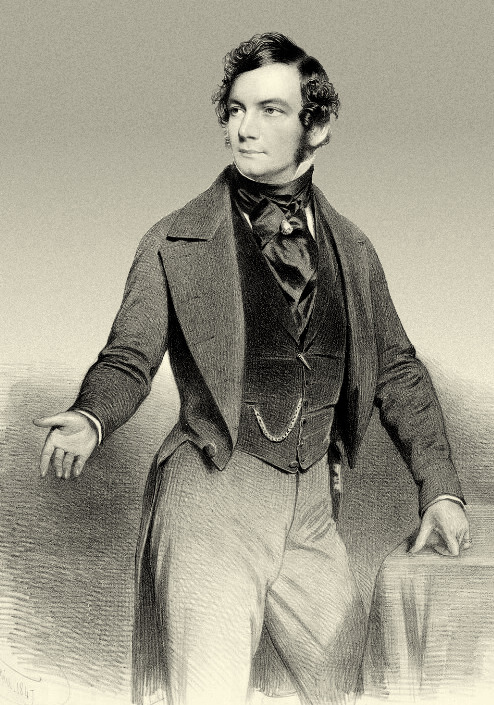 Cochrane was very distressed by the human degradation he had uncovered in the lodging houses.  He had come face to face with the cynical economics of social inequality, and he confessed, in print, that until he visited Field Lane he had not imagined

that the wealthy Corporation of London would have permitted such horrid dwellings to continue in existence after they had expended so many hundreds of thousands of pounds in improving and embellishing the localities frequented by the richer classes of citizens.

A century later, in The Road to Wigan Pier, George Orwell would be making similar observations in his account of conditions in the north of England.

THE DARK OUTSIDE
On another Saturday night a year or so after Cochrane’s visit a man came to a lodging house at No. 7 Field Lane.  His name was John Sellers.  He was a vagrant, as were all the lodgers at No. 7, and he was thirty years old.  He handed over a few pennies for a bed.  When he stepped inside he was accosted by one of the servants of the establishment.  This servant was called Robert Barton.  Looking Sellers up and down, Barton asked if he was well.  “I am not,” Sellers replied.  “I am sick.”  “I can see that you are sick,” said Barton.  The servant led the way into the dark interior, with Sellers shuffling along behind him.

During the night Sellers drifted in and out of consciousness.  He slept fitfully, only dimly aware of his surroundings.  He heard voices, but he did not know who they belonged to.  He felt himself moving, but he did not know why.  When he next opened his eyes he had a fleeting impression of the dark outside world.  Time meant nothing, and it might have been a second or several hours that had passed when he saw two men stooping over him, peering into his face.

They hauled Sellers to his feet, putting their shoulders under his arms.  He felt himself being helped along the pavement, and, even as his vision was growing dimmer, he heard as if from some far-off place the thumping of fists on a heavy wooden door.  The door creaked open, and Sellers stumbled inside.  Once more he was lying in the dark, but it was the dark inside the mind of a dying man.  He never woke again.

Such were the last hours of John Sellers.  His was a sad and lonely death.  And it was a remarkable death, for on the Saturday he had been asleep in the lodging house in Field Lane, and yet on the Sunday he found himself slumped on a pavement in West Street, and on the Monday he died in the workhouse of the West London Union, which was only yards away. 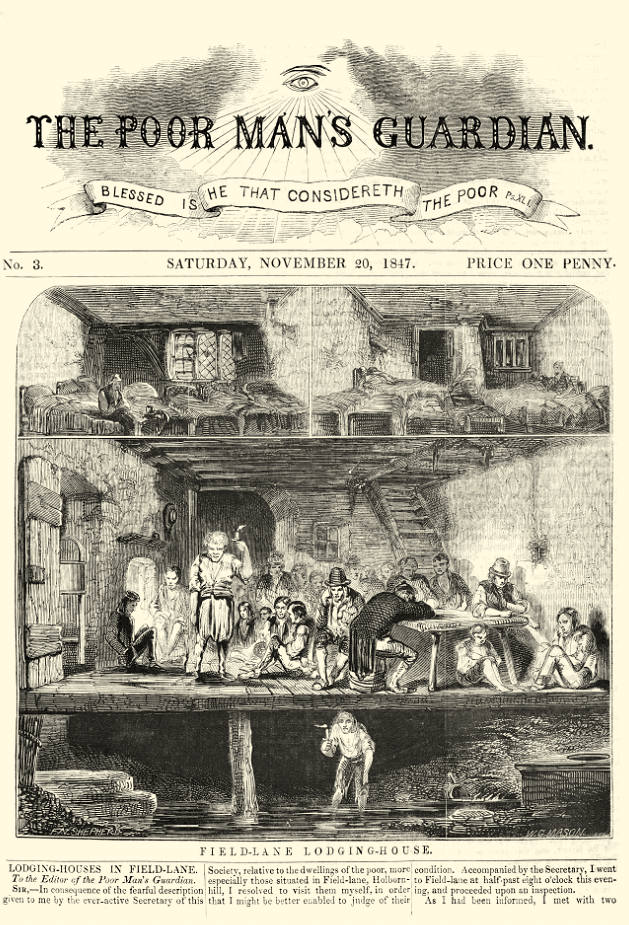 A CRUMPLED HEAP
Two days later an inquest was held at the Red Lion public house in Farringdon Street.  The coroner, William Payne, saw it as a case of death from want and destitution.  The surgeon attached to the workhouse identified typhoid fever as the direct cause of death, brought on by the low condition of the dead man.

When Robert Barton, the servant at the Field Lane lodging house, gave his evidence, the coroner was aghast.  Barton recalled the events of the Saturday night when John Sellers had come looking for a bed.  He noticed that Sellers was sick, but not mortally, or so he thought at the time.  However, when he went to rouse him the following morning, he found the wretched fellow in a very bad state, unconscious and rapidly declining.  And it was then that he made a quite unbelievable decision.

We will never know what sort of man Barton really was.  Possibly he was callous by nature, without sympathy for his fellow creatures.  Possibly the harsh realities of nineteenth-century poverty had taught him to dispense compassion carefully.  But the facts are these.  With the help of some of the other servants, Barton hoisted Sellers out of his bed.  Between them they managed to drag the dying man out into the street.  They staggered off in the direction of West Street, where they left him in a crumpled heap, like a pile of discarded rags. 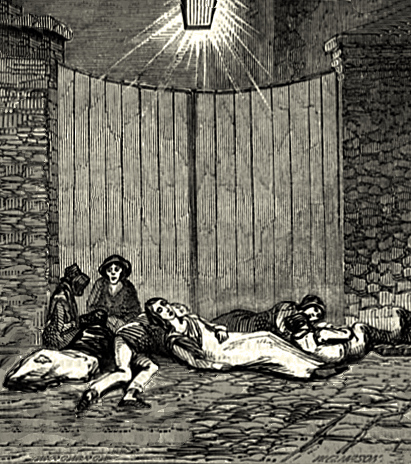 Distressing scene of destitution on the pavement outside the West London Union workhouse in Smithfield.  Image in The Poor Man’s Guardian 6 November 1847.

SUCH AN INCONVENIENCE!
William Payne was shocked.  Although his verdict was confined to the cause of death—“low fever induced by extreme destitution”—he felt compelled to comment on the behaviour of Barton.  Never, he said, had he heard of such cruelty.  John Sellers had been carried from his sick bed to die alone in the streets.