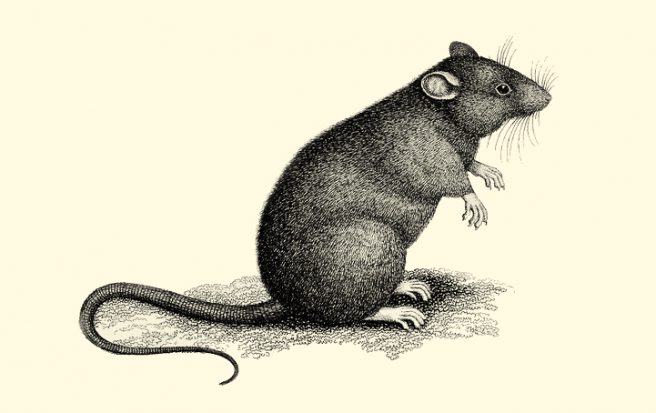 Unlike many school leavers neither Nell or Kitty Jarvis of Camberwell in London had to worry about what to do next.  For they were destined to join their father in the noble art of rat-catching.

This necessary occupation attracted the attention of the journalist Henry Mayhew, who wrote extensively about rat-catchers in London Labour and the London Poor.  He gave a starring role to Jack Black of Battersea, the self-styled “Royal rat-catcher”, who as well as dispatching rats sold them for rat-baiting, bred the fancier varieties for household pets, practised taxidermy and exterminated moles.  A picture of Black shows him looking very dapper in an advertising sash decorated with the royal initials, some perky looking rats and a crown.  He holds a rat cage and is accompanied by one of his terriers—possibly the famous Billy.

the rat is, in short, a low beast with neither uses nor romance to commend him.  Yet I can find romance in ratcatching.  It is an ancient and honourable art, full of tradition and secret recipes.

He goes on to praise some celebrated rodent killers.  Willie Dalton of Southwark, for example, was reputed to have caught a rat that was two feet two inches long.  And a Mr H G Wood of Roseman Road in Battersea, a rat-catcher and a linguist fluent in six languages, was said to have caught eight thousand rats in one drive.  Wentworth Day also includes Mr John James Jarvis (nephew of Willie Dalton) in his panegyric:

Mr J Jarvis of Camberwell.  He has brought up his two pretty daughters to follow in the ratcatching footsteps of their forebears, and to-day Miss Nell and Miss Kitty Jarvis are the only two women ratcatchers in London—possibly in the world.  Mr Jarvis has done a great work.  His daughters do more.  They catch from 500 to 600 rats a week. 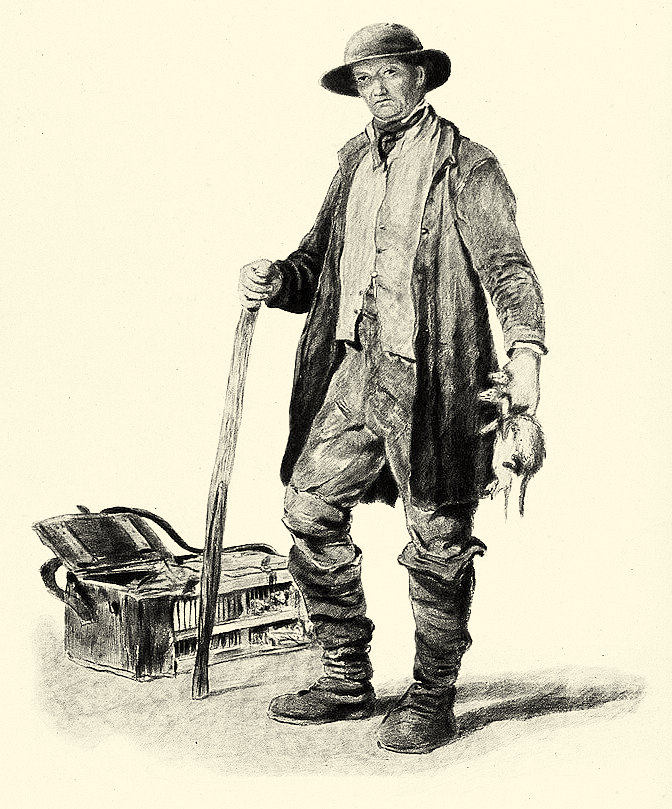 A Kentish rat-catcher.  Photomezzotint after a drawing by William Collins.  Credit: Wellcome Collection  CC BY

Well, I have been investigating the ratcatching forebears of the Jarvis girls.  But before you feel sorry for them note the words of Mr Ike Matthews, a pest controller who worked in Manchester:

The profession is a peculiar and exciting one, but all right if pursued in the right way.  Although the calling takes one into dirty and obnoxious places, there is no reason why the Rat-catcher should not always appear respectable.

Willie Dalton told Wentworth Day that his family had been in the rat-catching business since about 1710.  While this may well be true, the first recorded Dalton-Jarvis rat-catcher I can find is John James Dalton, who was Kitty and Nell’s great-grandfather.  Born in Lambeth in about 1828 he was working as a vermin destroyer by the early 1850s.  He married a young lady called Emma Pizey, the daughter of a cheesemonger, and I like to think that they met through his work.  John would not necessarily have killed all the rats he caught, as live rats were valuable for rat-baiting, so rather than use poison he may have flushed them out with dogs and ferrets.  In 1883 he placed an advertisement in Sporting Life offering:

Although bear-baiting and dog-baiting had been made illegal in 1835, rat-baiting was permitted throughout the nineteenth century.  The purpose was to provide “sport” for gambling men: rats would be put in a pit and bets placed on which dog would kill the most rats in the shortest time.  Mayhew also tells the story of a street fire-eater, who when desperately hard-up was persuaded to pit himself against a rat-catcher’s dog to see who could kill the most rats.  The man won, but not before receiving a nasty bite.

Rat-baiting at the Graham Arms in Graham Street.  Image in Henry Mayhew London Labour and the London Poor volume 3 (1861) between pages 8 and 9.

So whether from catching or selling or betting against them, John James Dalton did well out of rats.  He left a thousand pounds when he died in 1915, which in today’s money would be worth about ninety-five thousand.

At least two of John’s sons followed him into the business.  Wentworth Day is probably referring to William Henry Dalton when he talks about the “The King of All Ratcatchers.”  He accompanies Mr Dalton and his sixteen helpers on a rat hunt in a City of London cellar, where a hundred and twenty of the creatures are taken alive:

There was no noise, no fuss, no dogs, no ferrets, no sticks and no vulgarity.  It was just a quiet gentlemanly evening, with no demonstrations on either side.

John James’s son-in-law Henry Jarvis is listed as a carman when he marries Clara Dalton in 1878, and a bricklayer’s labourer in 1881.  By 1891 he is a cat rat catcher.  Whether this means he catches cats and rats or uses cats to catch rats, I am not sure.  But in 1902 he has risen to be the Camberwell Parochial rat-catcher at ten pounds per annum.

Henry and Clara in turn have a son called John James Jarvis, who was born in 1879 in Camberwell.  Although registered at the time of his marriage to Nellie Abrahams as a carman—a driver of a cart for transporting goods—John James also becomes a rat-catcher.  So do two of his five children, namely Kitty and Nellie Matilda, who were born in 1904 and 1906 respectively.  His wife also helped, and The Western Daily Press, in the issue for the 6th of May 1927, notes that “Miss Kitty Jarvis of Brisbane Road Camberwell and her mother (Nellie) are said to be the only women professional rat-catchers in Britain”.  Nell had married in 1923, which is why she was not mentioned.

But the Jarvis women would not have been regarded as anything unusual during the Second World War.  For there were hundreds of Land Army Girls charged with protecting the country’s precious food stocks.  And to carry out this important task they would certainly have had to know how to catch a rat.