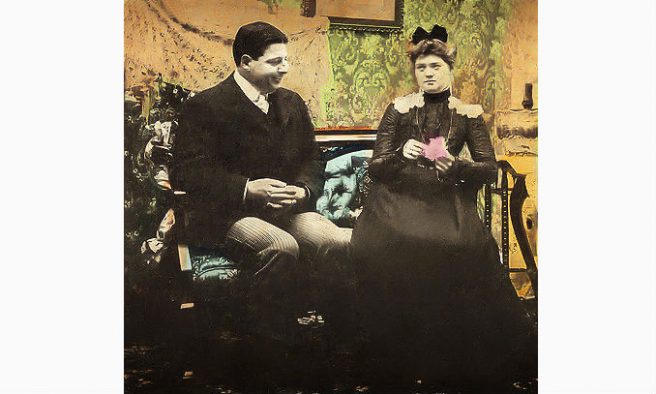 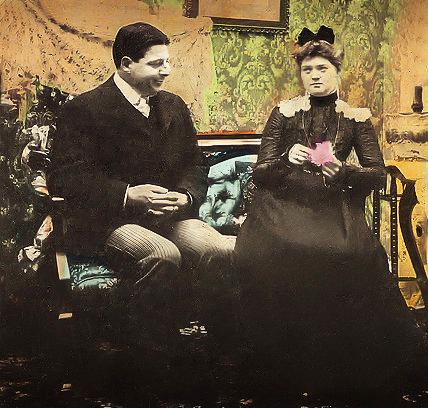 The respectable Misses Pownall—Martha and Sarah—were certain that their brother was being slowly poisoned by his wife, no doubt to get her hands on his army pension.  They had not liked Emma from the start: she was much too young at twenty-seven to make Thomas at fifty-one a good wife.  This suspicion turned to certainty when they saw her and the nurse she employed administering a mysterious brown liquid to him.  Thomas had also complained that the champagne given to him by his wife made his throat burn, and that the cherries she fed him tasted of canker, which Martha could back up, as after eating some she was ill for weeks.  Shockingly, when alerted to these strange happenings, the many doctors treating Thomas colluded with Emma.  The cause of his illness, they said, was an aneurysm of the carotid artery.  When their brother met an untimely end, the Miss Pownalls, who were well aware that poison was widely viewed as a female weapon, were determined to avenge him and bring his murderess to justice.

A PERSISTENT WOOER
Lieutenant Colonel Thomas Pownall, a widower, found himself back in England in the mid-1860s after a long and successful career in the army in India.  Things had got a bit hairy for him at the time of the Indian Mutiny, when he was sentenced to be hanged.  Luckily he had escaped that fate.  All the same, the mental anxiety along with the wear and tear of the climate made him realise that he would be better off returning to England and enjoying his half-pay pension.  He could have a home with his unmarried sisters in charming Stoke Newington.  Perhaps he might even marry again. 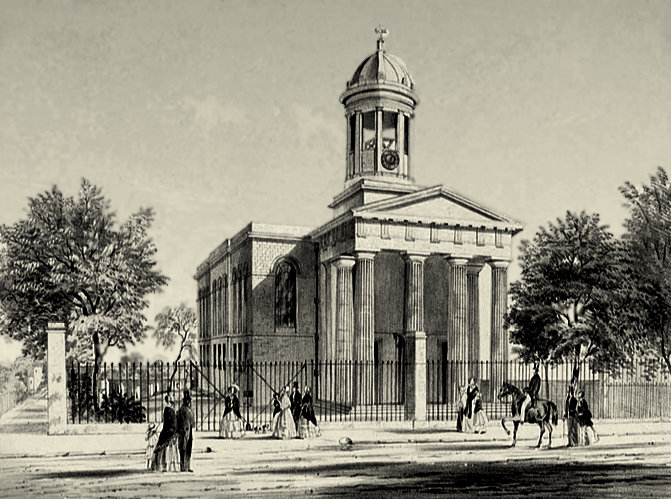 Thomas moved into 10 Vittoria Place with Martha and Sarah, aged thirty-nine and thirty-seven respectively.  No doubt he was able to make their lives more comfortable with his army pension, which was worth four hundred and eighty pounds a year, and they enjoyed the kudos of having a military gentleman to accompany them to social events.  In 1866 Thomas met a near neighbour, Miss Emma Jeffs, the youngest child of a respectable professional family, whose father, now dead, had been a surgeon apothecary.  Her mother Sarah, who was very much alive, resided in some comfort as a lady of property at 6 Middleton Place in Stoke Newington High Street.  Emma was the last of Sarah’s children living at home, and it was probably intended that she would remain there, unmarried, as companion to her mother.  But the Colonel, who had taken a shine to Miss Jeffs, had other ideas, and proposed.  He was rebuffed, and in view of what would happen later one wonders if his sisters were among the reasons why Emma refused him.  Still, he persisted in his wooing, and eventually Emma agreed to be wed, but not for at least nine months.  Finally, on the 27th of August 1867, they were married at West Hackney Parish Church.  Sarah Pownall was one of the witnesses.

IT BURNS LIKE HELL!
From the outset the Pownall sisters did not approve of the marriage, and they were even more annoyed when Thomas—and his pension—moved to Mrs Jeff’s house.  One would perhaps have expected him to bring his bride to live with his sisters rather than with his mother-in-law.  Then in July of the following year, while holidaying in Ramsgate, Thomas began to feel unwell.  He complained of an unpleasant swelling in his throat, which none of the local doctors were able to explain.  At home he consulted Dr E B Foreman, who practised round the corner in South Newington Road, and he was referred to various specialists, including Sir William Fergusson, Doctor Fuller of St George’s Hospital, Mr Paget and Mr Hilton. 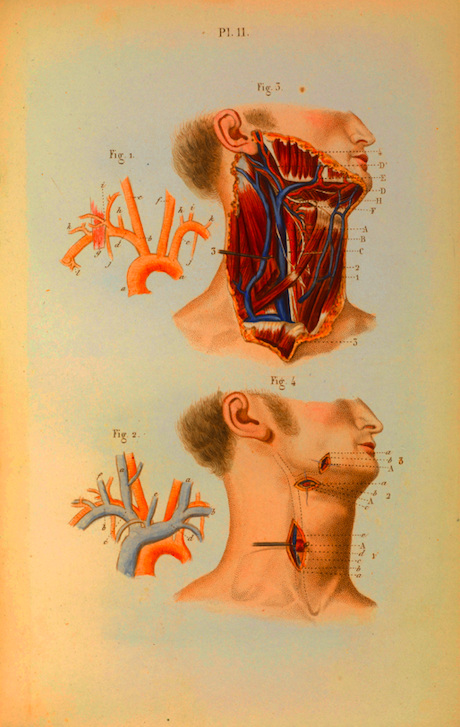 The diagnosis was not good.  Thomas had an aneurysm of the carotid artery, and, as the wall of the carotid artery bulged, it also thinned dangerously.  He had pressure in his throat, which made swallowing difficult, and as the illness progressed the aneurysm on the side of his neck grew to the size of a grapefruit.  An operation was mooted, but, as it would be extremely risky, Thomas refused.  At this point Emma, wishing to spare no expense to help her husband, suggested bringing Mr James Syme, an expert in aneurysm, down from Edinburgh.  But she was dissuaded from this course of action, as the other medical gentlemen considered it a waste of money.  The only thing to be done was to try to prolong Thomas’s life by nursing him. 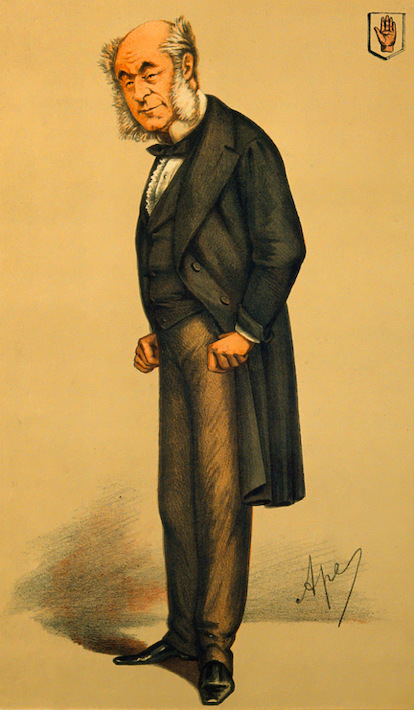 While the doctors agreed that Emma took exemplary care of her husband, his sisters did not.  Martha and Sarah visited daily, and, eagle-eyed, they saw much that alarmed them.  In the first place Nurse Gosling, on hire from a local hospital, was not liked by the patient, who had been heard to say that “she would be the death of me”.  Nurse Gosling was dismissed.  In the second place Emma tried to keep the sisters from seeing Thomas, either because they insisted on suggesting to the invalid that she was slowly poisoning him, or because they raised his blood pressure.  Sarah in turn informed Doctor Forman that the patient had reported to her that whenever his wife gave him anything to eat or drink his throat “burnt like hell”, but that when the new and “nice” nurse tended to him he had no problems.

Dr Forman saw it differently.  However, the personalities of Colonel Pownall’s sisters were such that he feared that the matter might come before a court, and so he assiduously observed his patient and his wife.  When Emma was apprised of the accusations, she insisted that only the nurse should give her husband his medicines and food.  The Pownall sisters then said that the nurse was in league with Emma.  After ten months of suffering, Thomas died at 6 Middleton Place on the 10th of August 1870.  Sarah and Martha continued their complaining, saying that there was something amiss when they were not allowed to see Thomas’s corpse, and that he was buried with indecent haste.  Their suspicious were only heightened when the cook rather ghoulishly told them that the body had turned black.  It was August, though, so perhaps this is not quite so surprising. 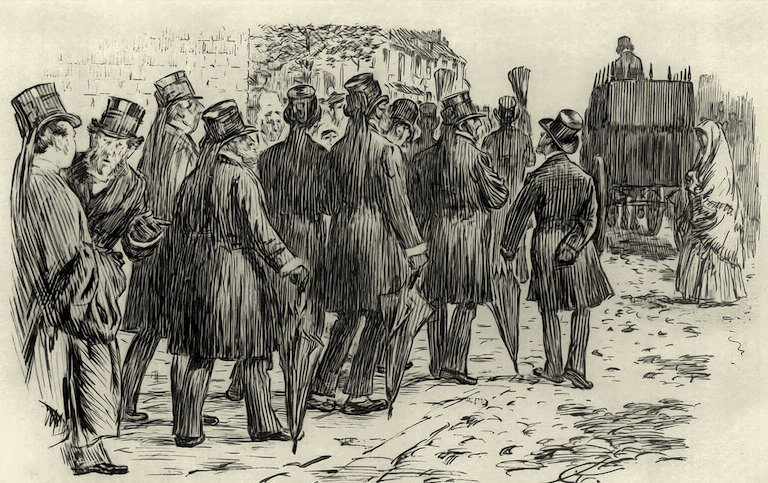 Image of a funeral by Charles Keene in The Life and Letters of Charles Samuel Keene.

DISTURBING THE DEAD
Thomas was buried in the catacombs in Highgate Cemetery.  Emma found herself left with his reduced pension of one hundred and seventy pounds a year, under one hundred pounds of effects and over three hundred of debts.  The Pownalls might accuse her of being mercenary, but she was not left particularly well off.

One might expect things to die down now.  But no: Sarah and Martha Pownall were determined that Emma would not get away with cold-blooded murder.  Their family, including an uncle who was a local magistrate, told them to leave well alone.  If the doctors were satisfied that Thomas had died of natural causes, who were they to say otherwise?

Instead the sisters employed a detective to watch the widow.  Not content with this they continued to blacken her name, and wrote to the army agents who dealt with Thomas’s pension, which was being paid to Emma, and other financial affairs.  In May 1870 they contacted the local coroner, Dr Lankaster, demanding that something be done about their brother’s death by poison.  Even though Dr Forman said that there were no suspicious circumstances, the Coroner felt compelled to hold an inquest, probably to make the Pownalls shut up.  Thomas’s eternal rest was disturbed, his corpse exhumed, and his stomach removed for examination by Professor Julian E D Rodgers.  The sisters attended the exhumation to make sure the right corpse had been disinterred. 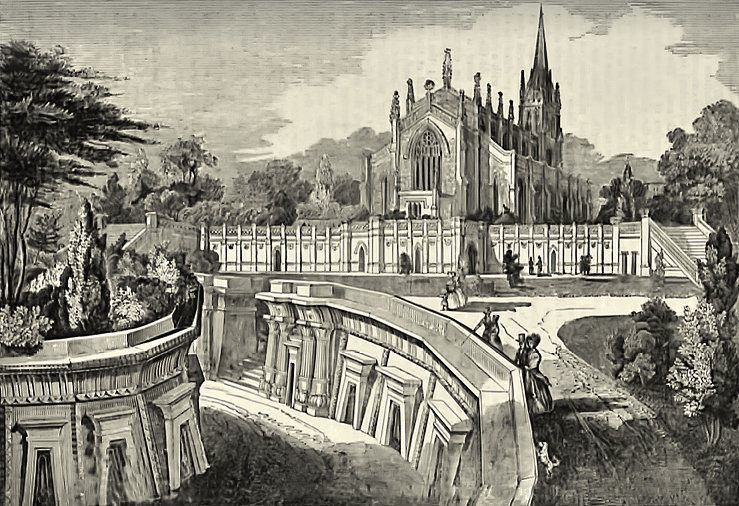 A jury was then assembled and taken to the cemetery to disturb Thomas yet again, although in the event there was not much to see.  I imagine that this at least ruled out arsenic, which supposedly has preservative properties.  The inquest was held in the Brookfield Tavern in Hampstead.  Martha Pownall explained at length, and with some passion, why she was suspicious of Emma.  The doctors then explained why they on the other hand were not, and Professor Rodgers explained that no trace of poison had been found.  The sisters took issue with the post-mortem, complaining that Thomas’s brain and heart had not been examined, and ignoring the medical expert who explained that this just had not been necessary.  The jury adjourned for a few minutes, and ruled that Thomas had died of natural causes.  Dr Lankaster then made it very clear that no blame at all should be laid at the door of the widow.

AND NOT ONLY A MURDERESS
Martha and Sarah were furious—but their campaign would continue.  They now accused Emma of being a bigamist as well as a murderess.  They sent out unpleasant anonymous letters along with copies of Emma’s photograph.  For example:

Post-mortems performed without disfiguring the body, the brain and heart carefully avoided.  The strictest secrecy observed.  Their own undertaker employed, etc.  Credit given.

Smoking allowed, and ladies accommodated with seats during the honest performance.  No admittance to dogs, friends or relatives of the deceased, representatives, persons of common sense or right principles.

Emma Pownall behaved with quiet dignity, but the situation had become unbearable, and there seemed to be no end to the extraordinary behaviour of Martha and Sarah.  No doubt advised by her brothers Thomas Busby Jeffs, a surgeon, and Robert Smith Jeffs, Emma took action.

Martha and Sarah found themselves before the Lord Chief Justice in the Court of Common Pleas in Guildhall being sued for damages for slandering and libelling Emma Pownall.  Even their barrister, Mr Serjeant Ballantine, had tried to persuade the sisters to apologise, and now he asked to be relieved of his role representing them.  Martha undertook to cross-examine the witnesses herself, which gave her yet another opportunity to libel Emma.  Even so the doctors and nurses who were examined testified to Mrs Pownall’s affection for her husband, and said that it was probably her care that had prolonged his life.  A servant called Kate Broadbent said that the invalid had told her that he was glad when Martha and Sarah left, and that he did not like the way they had persecuted his wife.  The jury found them guilty, and they were ordered to pay Emma damages of two hundred and fifty pounds each.

AND AFTER
Neither Sarah nor Martha appear in the newspapers again, so one presumes that they had finally learnt their lesson.  They ended up living at 18 Kingsmead Terrace in Bath with another sister, Amelia, in what appears to be genteel poverty.

Emma remained with her mother in Stoke Newington until the old lady’s death in 1873.  She never remarried, perhaps because mud sticks, perhaps because she had not enjoyed being married to an invalid and/or having to put up with his horrible family.  She was living in Pembroke in 1881, but later moved to Jersey, where she died on Christmas Day 1917 aged about eighty-eight.

SOURCES
Research for this post was carried out in contemporary newspapers and in the genealogical material on the Ancestry website.