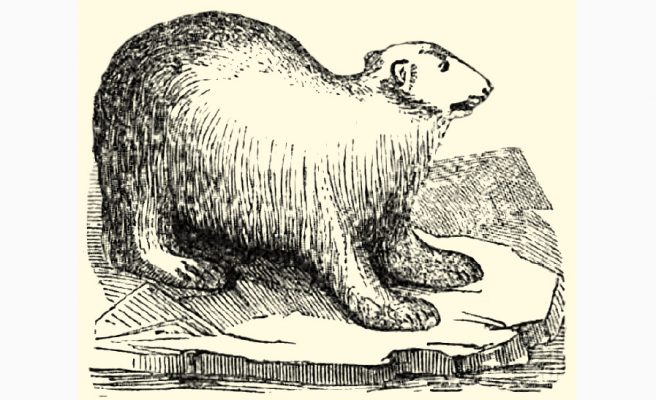 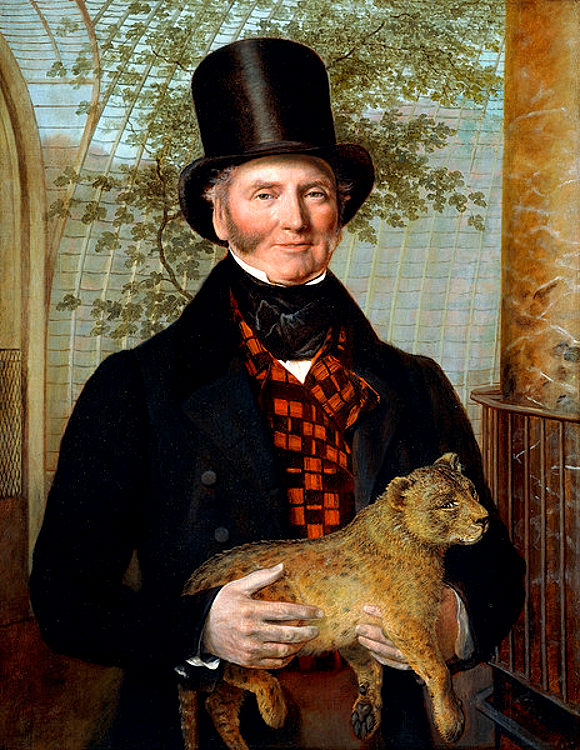 In June 1839 a curious—and rather unfortunate—incident at the Surrey Zoological Gardens in Newington caused a bit of a stir. One or two newspapers devoted a short paragraph to it, which would have engendered both alarm and pity in their readers.  The incident—or should we think of it as a drama?—had three principal actors.  The first was the superintendent of the gardens, Edward Cross, and the second was a police constable, Michael Maddigan, of the “P” or Peckham Division.  The third actor in the drama was a large polar bear.

Cross, an animal dealer and impresario, had previously operated a menagerie housed on the first and second floor of Exeter Change, a rickety old building in the Strand.  But when the widening of the Strand forced him to close the menagerie, he took his animals south of the river, where in 1831 he co-founded the Surrey Zoological Society and established its gardens on a green space between Kennington Road and Walworth Road comprising about fifteen acres, complete with a pleasure lake and picturesque wooded walks.  The Society’s buildings eventually became the Surrey Music Hall, and later still the gardens were closed and the site given to St Thomas’s Hospital, before it moved to its current home in Lambeth.

And it was here, amidst the exotic plants and the cages of tropical quadrupeds and birds, that Police Constable Maddigan carried out his duties, keeping a watchful eye on visitors and Mr Cross’s exhibits in equal measure.  At the time of the incident he was in his early forties, having been born in Ireland at the end of the previous century, and he was getting ready to tie the knot with a woman by the name of Ann, although it would not be the first time he got married, for when he signed the register in St Dunstan and All Saints Church in Stepney in October he would declare himself a widower.  Ann, incidentally, who was much the same age, was also a Maddigan, and a widow, which suggests either that she had been previously married to a member of the policeman’s family, or that she was a cousin. 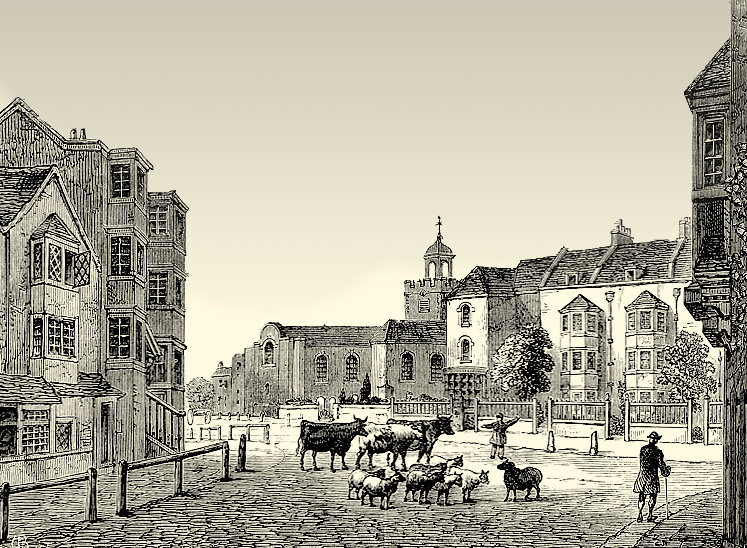 A BURGLARIOUS AFFAIR
Not that Maddigan’s professional activities were confined to the Surrey Zoological Gardens.  He was a regular copper, and he had to face the regular dangers that the streets of Newington presented to all men of his kind.  So, on the night of the 16th of March in the previous year, that is to say 1838, he had been involved in a burglarious affair that had taken place off Kennington Road in New Street.  Two villains by the names of Alfred Fawcett and Joseph Kent, both in their early twenties, broke into the house of a certain Ann Criddle, where they bagged a tablecloth along with a purse and a sum of money belonging to a resident servant, Harriet Tester.  Maddigan witnessed the burglary, for he had been patrolling the street when he heard a noise, which was presumably the breaking of a window, and, peering over the back wall, saw the two men in Mrs Criddle’s kitchen.  As he watched, they opened the dresser draw, took out the tablecloth and purse, and then picked up but promptly put back down a pair of gentleman’s boots.

The plucky Maddigan climbed over the wall to confront the burglars, whereupon Fawcett walloped him with a broom before making off with his sidekick.  Having clambered over several walls, the burglars went in different directions.  Fawcett, with Maddigan in hot pursuit, came to a wall alongside the Zoological Gardens, which he scaled, only to be apprehended in a ditch on the other side by another duty constable, Edward Martin.  Kent was picked up at a public house in Camberwell by a third officer, Thomas Wright, and was sent for trial at the Old Bailey along with Fawcett.  The two men naturally protested their innocence, but in vain, for they were both sentenced to transportation for life, which may strike us as a poor return for a night’s work in the dark streets south of the river.

A STOLID COPPER
By a strange irony, Edward Cross had himself once been a victim of burglarious activity, when his home at the north edge of the Zoological Gardens was broken into.  The burglar or burglars stole a valuable clock—a French design with an Alexander the Great and a Bucephalus in silver mounted on a rockwork base—from the parlour.  But that was several years earlier, and Cross’s main concern in June 1839 was no doubt to keep pulling the crowds in with the help of such attractions as open-air concerts, which featured Strauss waltzes and overtures by Rossini and Weber, and a tableau of Mount Hekla, which was illuminated at dusk by means of fireworks.  An article in Bell’s New Weekly Messenger offered fulsome praise for these entertainments, noting rhapsodically that “the music falls upon the ear mellowed by the water over which it floats” and that the “wild and sterile grandeur” of the painted Icelandic volcano was “extremely picturesque” and had “all the appearance of reality”.

These, of course, were the crowds PC Maddigan was charged with keeping an eye on, and, if the story of the Kennington Road robbery is anything to go by, he did so conscientiously for the most part, although not entirely, as the incident I am about to relate demonstrates.  We are talking about the 11th of June, a warm and sunny Tuesday, and either the balmy weather or the general air of good spirits that permeated the Zoological Gardens persuaded the normally stolid copper to push his arm through the bars of one of Mr Cross’s dens.  He evidently wanted to stroke the animal lurking within in a perfectly unthreatening and friendly manner, and he might even have got away with it had that animal been a rabbit, say, or a cat.  In fact it was a polar bear, and a large polar bear at that.

NOT SO PLAYFUL
Polar bears were among the most notable of the animal attractions at the Zoological Gardens.  Two were presented in late 1833 by Captain John Ross, the famous Arctic explorer, and were viewed from a terrace overlooking their den.  A writer for The Mirror of Literature referred to them rather archly as “their mightinesses”, but they can only have been cubs, and he watched them tucking into a meal of bread and milk.  “This simple food seemed quite in character with the inoffensive, playful habits of the bears,” he observed, “for bread and butter, we know, is the extreme of simplicity.”  Another cub was acquired in early 1837, and may well have grown into the substantial carnivore Michael Maddigan touchingly assumed would reciprocate his friendly overtures.

How wide of the mark he was!  No sooner had he thrust his arm towards the bear and begun stroking its head than his hand was clamped between its flailing claws.  The bear squeezed hard.  The policeman, frightened by the attack on his hand, and suffering excruciating pain, cried out for help. 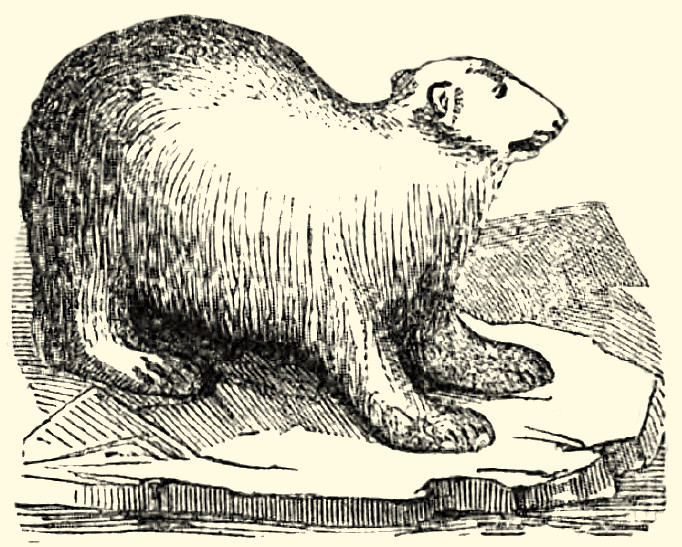 Portrait of a mid-Victorian polar bear in the Surrey Zoological Gardens.  Image in The Parlour Magazine 3 May 1851.

Such interactions between visitors and animals were not without precedent.  A few years previously an elderly lady got too close to one of Mr Cross’s giraffes, whereupon her bonnet, adorned with eye-catching artificial flowers, was snatched from her head and hoisted fifteen feet into the air.  As it happened, she saw the funny side of it, but no one had laughed on an earlier occasion when one of the keepers, George Chard, had been killed by a gnu.  He had infuriated the animal, not with a friendly hand, like the wretched Maddigan, but with a whip.  The gnu immediately attacked with its horn, and the keeper, horribly gored, was taken to hospital, where he died of his wounds.

MY DIGITS! MY DIGITS!
Although it was recognised that Chard had provoked the fatal attack by his own violent behaviour, Cross was not unnaturally anxious to guard against the threat to human life and limb his animals presented, and, when he heard the agonised appeals of PC Maddigan, he was quick to respond.  As luck would have it, he was not too far away.  Dashing to the scene of the emergency, and seeing that the polar bear had its victim firmly in its grasp, he picked up a large bone that just happened to be within reach and threw it into the den.  The bear, tempted away by the bone, released the policeman, who was then able to be dragged to safety.

In reporting the incident the newspapers did their best to keep a straight face, and on the whole they succeeded.  However, Bell’s Life in London could not resist poking fun at the unfortunate constable, who “suddenly found his digits half way down the bear’s throat.”  Not content with making light of the attack itself, Bell’s offered the following witty observation:

Michael, we trust, will not be so mad again for some time to come, notwithstanding his surname.

If indeed Maddigan found time to reflect on what had happened, it would have been while recuperating, for the damage to his hand, which had been badly lacerated, was serious enough to warrant a trip to hospital.

A SAD END
As we have seen, not long after the incident Michael and Ann Maddigan became man and wife, and it would be a nice end to the story if they had lived in matrimonial bliss for the rest of their days.  Alas, it was not to be, for our records show that the Peckham policeman fell victim a second time, not to a polar bear but to mental illness.  In 1851 he was sent to the Bethlem Royal Hospital—the notorious Bedlam—and a year later to the Surrey County Lunatic Asylum in Wandsworth.  Exactly what form his illness took is not recorded.

But even as his health declined, he had the solace of a large family, for he and Ann had at least seven children from their various marriages.  Thereafter we hear nothing of him until his death in July 1855.  He had little to show for his work as a police constable, and his effects were valued at under four hundred and fifty pounds.  However, he has two claims to fame of a sort, first as the hero of the Kennington Road burglary, and then as a survivor of an encounter with an angry polar bear.

A Copper and his Coat