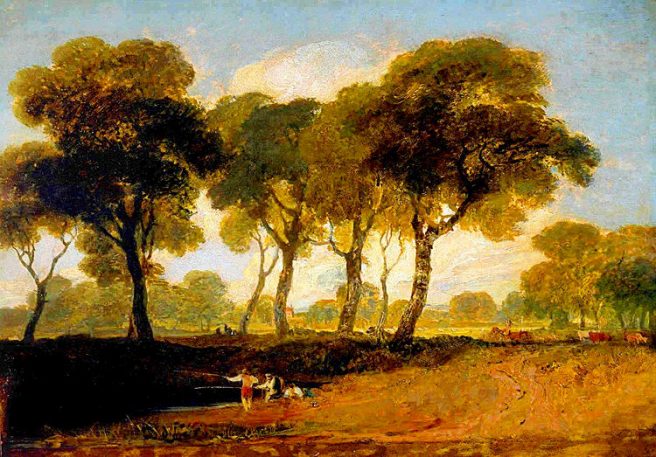 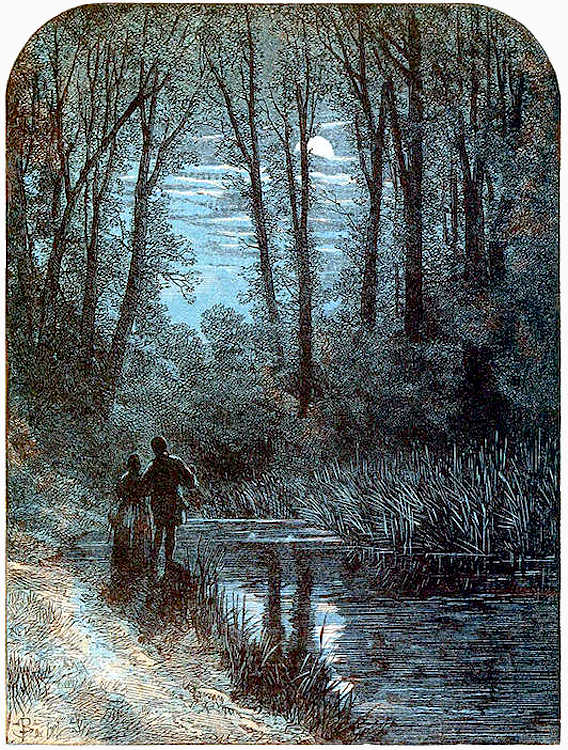 A couple stand on the bank of a stream flowing in a wooded landscape and look at the moon through the trees.  Illustration for Samuel Johnson’s Evening Ode by Myles Birket Foster.

The desperate cry of “Save my darling, save my darling!” echoed around Clapham Common at around eleven o’clock on the night of the 4th of May 1871.  Edward Hanniford, native of Devon and local fishmonger, rushed from his shop on the Polygon towards the cry.  Police Constable Reasy, who was on his beat, also hurried towards the commotion.  Both men saw the strange sight of a couple struggling to stay afloat in the water.  The woman was shouting for help.

EMMA MEETS …
Emma Laffar seemed destined for an ordinary life.  Born in 1845 in Blackfriars, she was of solid working-class stock.  Her father, William Francis, a native of Bath, had made his way to London and married Mary, who was originally from Egham in Surrey.  He worked in fairly lowly positions as a porter and a messenger before becoming the gatekeeper at Temple, which was one of the main legal districts of London.  In 1871 Emma lived with her parents and a niece, Mary, just south of the Strand in Water Street, which ran between Temple and King’s College.  Emma had four older siblings, all of whom had left home by this time.  Her sister, Mary, was married.  One of her brothers, William, worked as a scene painter in the theatre.  Her other brothers, George and William, were a theatrical comedian and a labourer.  Emma herself worked as a laundress, and, no doubt to while away the dull hours of scrubbing other people’s dirty clothes, she longed for romance. 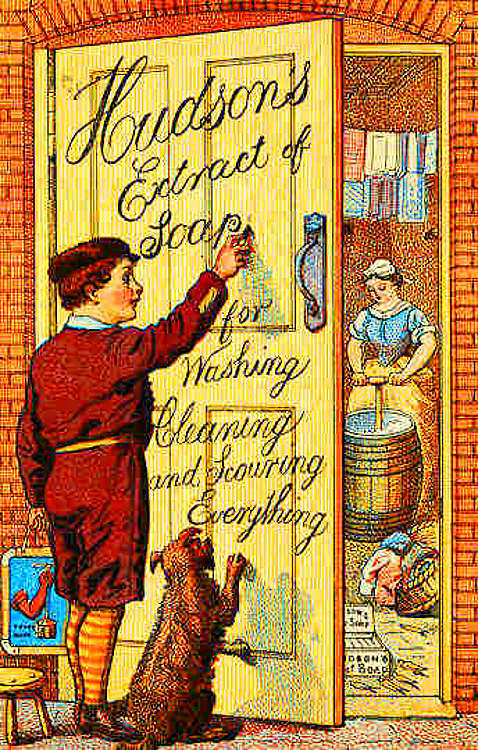 … JAMES
And romance duly appeared in the person of James Francis Pollard.  James, who was a few years older than Emma, came from Wadden near Croydon, the son of Charles Thomas Pollard, a licensed victualler, and Charlotte Sophia Pollard, a dressmaker.  James was a somewhat delicate young man, and his mother’s pet.  At the time of our story his occupation is given as traveller, which in this context means that he was a commercial traveller.

Some time in the early 1870s Emma and James met and fell in love.  But the course of true love never did run smooth for the couple, as Emma’s friends and family did not want her to marry James.  Her father in particular was concerned that James was not a healthy man, and he did not want his daughter to end up a young widow with a clutch of dependants.

TIRED OF LIFE
James and Emma were distraught, and they entered into a rather morbid folie à deux, deciding that if they could not be together in life then they would die together, which would serve their families right.  It all sounds somewhat melodramatic, given that they were both old enough to marry without parental consent.  But who has ever truly understood the workings of the human heart? 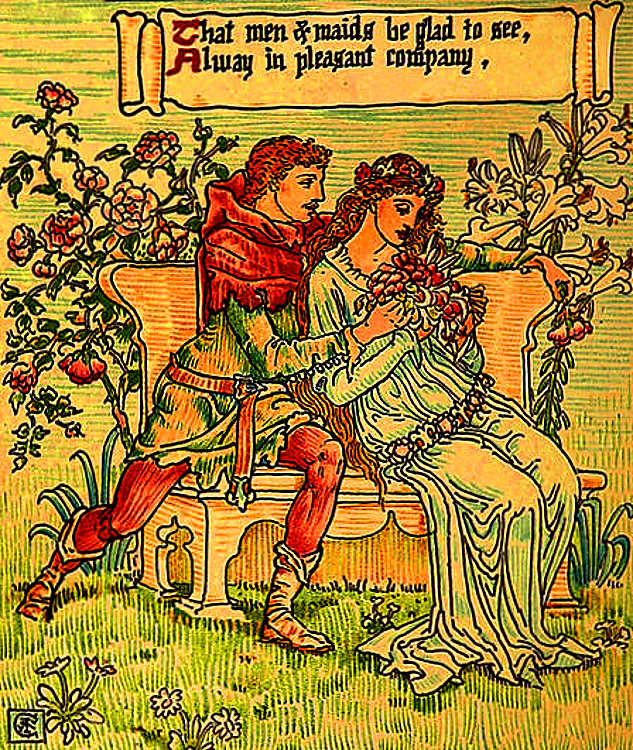 Preparing for the end Emma wrote her father a letter, which was posted on Thursday the 4th of May:

I am tired of my life.  James and I have agreed to die together, and if you want to see any more of us you will find us in Clapham-Common pond, as you do not like him.  I do.

So I thought it was the best thing we could do.

Give my love to all.  Emma Laffar

P.S. If you would let James’ mother know I shall be thankful.

Poor fond Mother Pollard does not even get a final missive from her son. 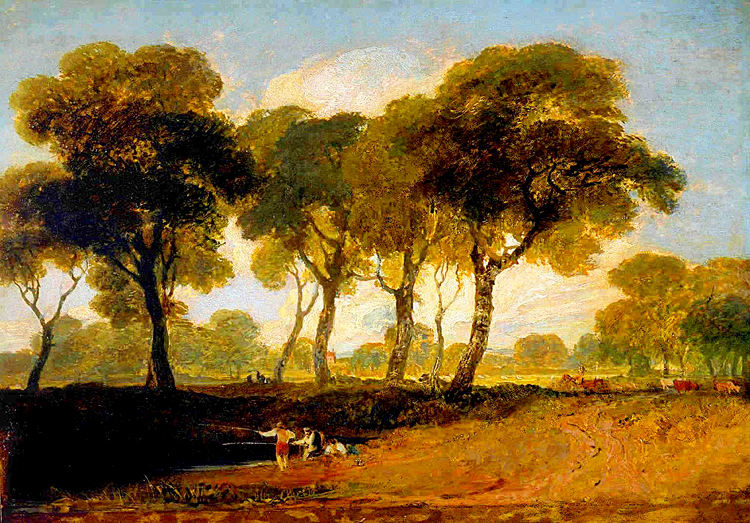 James and Emma travelled to Clapham Common, possibly on the omnibus—the Northern Line would not be built for another thirty-six years—and made their way to the Long Pond, which glistened in the moonlight.  The Long Pond was the largest of the six ponds on the Common, which were probably dug as gravel pits to supply materials for local roads.  To the north was a collection of weather-boarded houses, and to the south the Windmill Inn.  In time the Long Pond would become a boating lake, and so it has remained to the present day.

Caricature showing a lady scolding her maid for wearing a crinoline.  Image in the 1 January 1862 issue of Punch.

Obviously a practical girl, Emma removed the metal crinoline cage which supported her fashionably voluminous skirts.  After all, she did not want to turn into a giant floating blimp, and run the risk of spoiling their joint enterprise.   Actually, to be historically accurate, what was reported as a crinoline was probably a crinolette—a sort of half crinoline that produced a bustle effect—the full crinoline having begun to fall out of fashion in the mid-1860s.  Anyway, diminished in size, Emma left the cage and her handbag at the side of the pond, and then threw her purse into the water before joining it.  What apparel, if any, James divested himself of we are not told.  Almost immediately after wading or jumping in he began to struggle.  This is when Emma began to have second thoughts, and shouted for someone to “Save my darling!”.  Unkind contemporary newspaper reports failed to see any romance in this, and declared that Emma’s shouts started when she realised just how cold the water was.

The Devon fishmonger, Edward Hanniford, bravely leapt into the pond, and with some difficulty pulled the young couple out.  Constable Reasy escorted them to the police station, where the chatty Emma told him about their ill-fated plans.  A doctor was summoned, and, concerned that they might attempt suicide again, he had them transported to the Wandsworth workhouse infirmary on St John’s Hill for safe keeping.  On the way James, who was described as hysterical, said that he wished that he had done it, and declared that he bet a hundred-to-one that he would be dead in a week.  (I am beginning to understand why Emma’s father was against the proposed nuptials.)

ARDOUR UNEXTINGUISHED
By now James and Emma would have known that they were in serious trouble: suicide was a crime under common law.  Although penalties were not as harsh as they were before the 1823 Suicide Act—a suicide was forbidden burial in hallowed ground and could have property confiscated—it was still against the law.  Decriminalisation was not brought in until 1961.

The couple were tried at the Surrey Sessions on the 22nd of June 1871.  The jury failed to reach a decision on Emma’s guilt, and she was discharged.  Perhaps they thought that she had been coerced by James, or that calling for help indicated that she had not intended to die.  James himself, who had wrongly predicted that he would die within the week, was found guilty.  He was sentenced to a month’s hard labour in Wandsworth Prison. 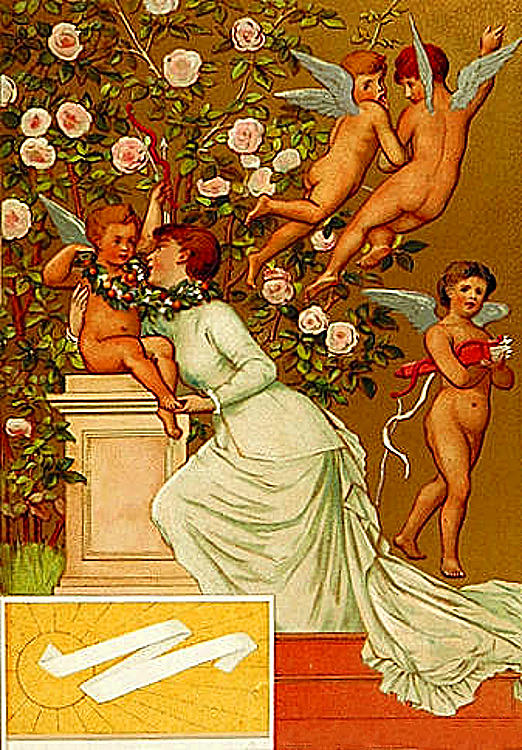 But attempted suicide and enforced separation did not extinguish the flames of their ardour.  For on the 4th of October 1871 at St James Clerkenwell the couple were finally united in marriage, with Emma’s older sister Mary and her husband James Dell, a billiard marker, as witnesses.

After their fifteen minutes of fame James and Emma fade into relative obscurity.  I imagine that family relations had been healed, as by 1881 James was working as a messenger for a barrister, and living in the Inner Temple, which suggests that his father-in-law had given him a helping hand.  After 1901 they were living in East Street in Bloomsbury—just north of Theobald’s Road and west of Lamb’s Conduit Street—where James was employed as an outdoor porter.  They appear to have been childless.  But they stayed together until 1916, when James, who by then was in his seventies, finally died.

A Wife on Both Sides of the River, or, A Brush with a Bigamist