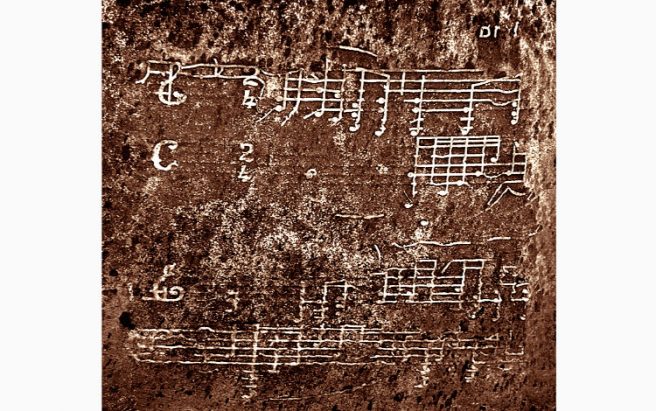 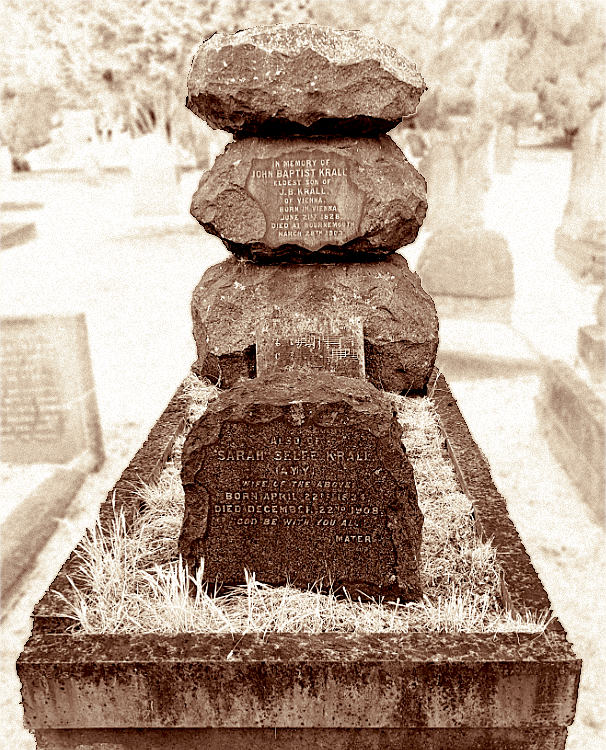 The grave of John Baptist and Sarah Selfe Krall in the Streatham Cemetery.  © William Ellis-Rees

One of the more striking sights in the Streatham Cemetery in Garratt Lane is the grave of a husband and wife by the name of John Baptist and Sarah Selfe Krall.  The principal structure, which is dedicated to John Baptist, is a collection of three granite blocks set one on top of the other.  They are roughly hewn and unworked, with only a single smoothed and polished face, on which the inscription identifying the dead man has been carved.  Sarah has been given a separate headstone, also of undressed granite, but consisting of not three but only one block.

But what really catches the eye is the plaque that sits at the base of John Baptist’s monument.  On it, in raised metalwork, have been “written” two lines of music.  Although the metal is worn and damaged, it is possible to make out certain regular features of musical composition, such as the distribution of the notes over treble and bass clefs, the division into bars, curved lines indicating ties and slurs, and the proper representation of time values from crotchets down to demisemiquavers.  The time signature is two-four.  The key signature is less clear, as only a single flat—an E flat—has survived.  But given the spacing of the time signature from what is left of the key signature, it is reasonable to assume that originally there were three flats. 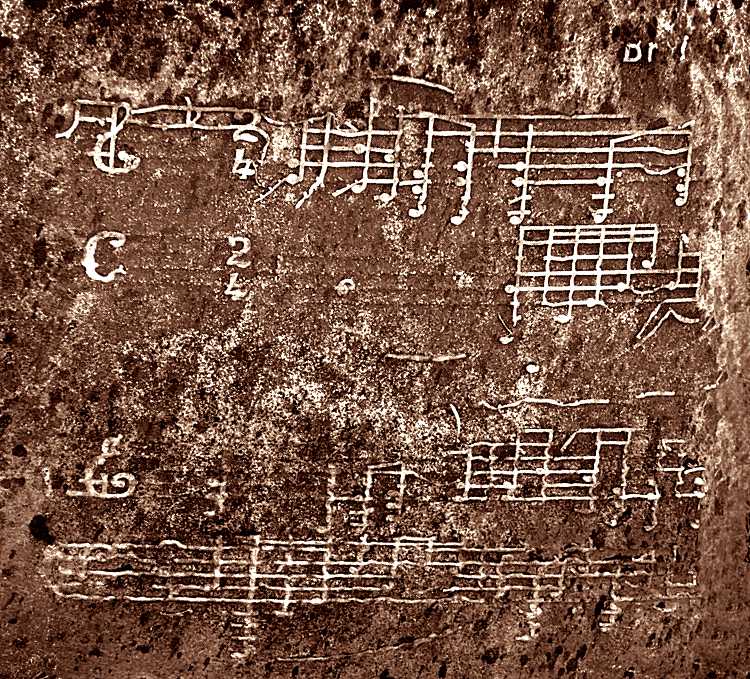 Detail of the grave of John Baptist Krall in the Streatham Cemetery.  © William Ellis-Rees

But the plaque has more than music on it, for beneath the metal “manuscript” is a quotation, which runs as follows:

O for the touch of a vanish’d hand.

This is a line of the poem “Break, Break, Break” by Tennyson.  What is its significance?  And is it known who composed the music?  These are questions to be looked at later.

THE COLONIAL MERCHANT
John Baptist Krall was born in the summer of 1828 in Vienna.  His father was Johann Baptist Krall.  His mother, Ann, was only in her early twenties when she died in 1831, three years after giving birth to John, and two years after giving birth to John’s brother, Karl.  But Johann married again, and his second wife, Therese, gave him three more sons, Josef, Rudolf and Auguste. 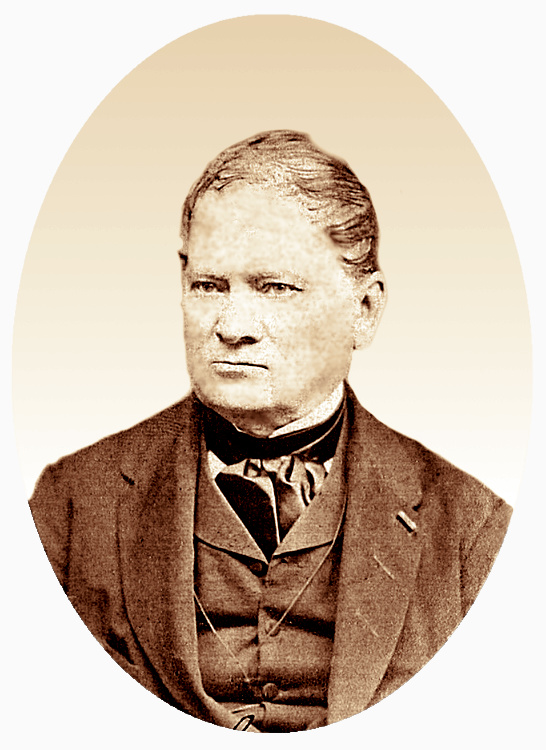 As an Austrian, he would have been called Johann, taking his father’s name.  But by the time of his marriage in 1860, to Sarah Selfe Sarjeant, he had settled in London, and used the English spelling of his name.  Interestingly, Sarah had already given birth to their first child—a girl—the year before their marriage.  They had her baptised Emilie Florence Krall in the German Evangelical Church in Islington the day after they were married.

Given that John entered “merchant” as his occupation on his marriage certificate, and that he was then thirty-one, it is likely that his relationship with Sarah, who was twenty-four, began when he came to London on business.  Certainly he now made London his home, and he and Sarah lived first in Tyndale Place, off Upper Street in Islington, before moving to a number of other addresses as the years rolled by.  They went on to have a further eight children, one of whom was given the rather remarkable name Harold Robert Schumann Krall, an obvious indication that one or both of them had musical tastes.

In other documents John’s occupation is described specifically as a “colonial” merchant.  Exactly what lay behind this curious title becomes clear when we look at business registers, in which it is recorded that John Krall & Co. traded in produce and manufactured goods from colonial sources.  In 1868 he was handling cotton, woollen and silken goods from the United States and South America.  In 1870 his interest was in metals and specifically in tin plate.  At various times he had offices in Gracechurch Street, Mincing Lane and Crutched Friars—all in the City—and he ran his company in partnership with his half-brother Josef. 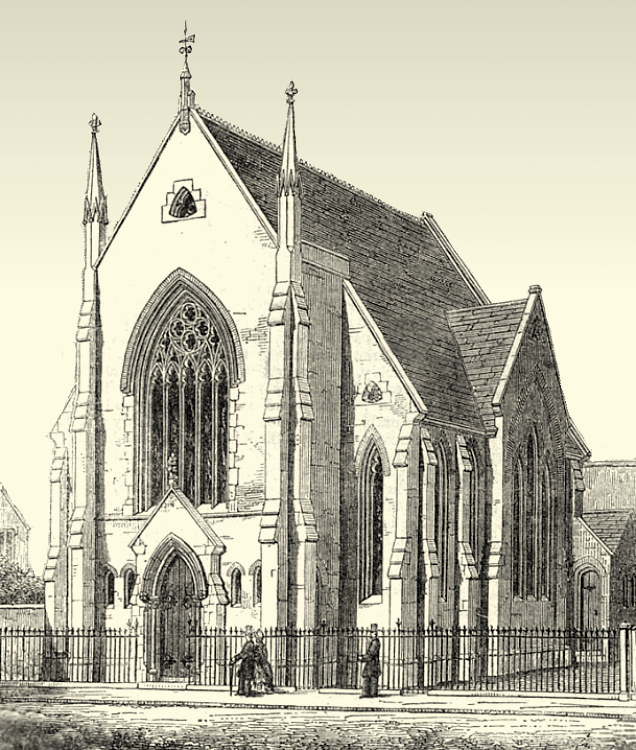 The German Evangelical Church in Islington.  Image in The Illustrated London News 18 January 1862.

ON THE MOVE
As we saw above, the Kralls moved house regularly, presumably in the search for more spacious accommodation for their growing family.  By the 1870s, when John was in his early forties, they had moved from North London down to Brixton, but in due course they crossed the river again to live first in Chelsea and then in Fulham.  John actually died in Bournemouth—in 1903—but the Kralls were very much a London family.  At the time of the 1901 census Sarah, aged sixty-six, was boarding in Streatham with her daughter Annie Katherine, while three of her sons lived at various Streatham addresses.  So it is hardly surprising that John was buried in the cemetery in Garratt Lane, which, incidentally, is in Wandsworth.  We may even surmise that of the three sons it was Harold who made the arrangements, for he was one of the two family members chosen to administer his father’s estate, the other being Albert John Sarjeant, a son-in-law.  The estate was worth in excess of fourteen thousand pounds.

However, we seem to be no closer to explaining the mystery of the music on John Krall’s grave.  But I think that it is possible to shed at least some light on this curious item.  And to that end we need to take a closer look at the life of John’s father.

A MUSICAL LIFE
Johann Baptist Krall, as we know, was Austrian.  He was born in 1803, and he died in 1883, and he was a composer, and a conductor, and a musical administrator.  He received his early training from Joseph Preindl, the Kapellmeister of St Stephen’s Cathedral in Vienna, and also from Ignaz von Seyfried, who claimed to have been a pupil of Mozart.  He gave a number of well-received concerts at the Piarist Church, which is also in Vienna, presenting not only works by Haydn, Beethoven and Schubert but also his own Mass in G major, which was praised for its melodic richness and harmonic inventiveness.

View of the funeral of Beethoven by Franz Xaver Stöber.  Watercolour dated 1827.

At this point it is worth noting that Johann was devoted to the works of Schumann, and between 1868 and 1869 he published piano arrangements of a number of his compositions.  One cannot help wondering if his enthusiasm for the German composer was shared by John, who, as we have seen, christened one of his own sons Harold Robert Schumann Krall.  Interestingly, Harold was born in 1869, so it may be that he was given his remarkable name at least in part to celebrate his grandfather’s work.

A MUSICAL DEATH
But the truly intriguing connection is not with Schumann but with Beethoven.  Nor is the connection as obviously musical as the arrangements of Schumann, for it links the elder Krall not to Beethoven’s life and work but to his death.  The story goes like this.  The great man died in Vienna on the 26th of March 1827.  His funeral took place two days later, at 3 o’clock in the afternoon, the procession accompanying the coffin from his house in the Schwarzspanierstraße to the Trinity Church of the Minorites in the Alserstraße, where the service for the dead was conducted.

Detail of Stöber‘s watercolour showing the coffin and its escort.

As one might expect, it was a remarkable occasion.  The crowd numbered ten thousand or more, and the mourners, carrying torches, were dressed all in black.  They wore black gloves, and they covered their left-hand sleeves with bands of crêpe adorned with white roses.  The coffin, covered with wreaths, was attended by an escort of eight distinguished kapellmeister, who sported white cockades in their hats, and carried candles wrapped in crêpe.  Among this splendid escort was Krall’s teacher, Ignaz von Seyfried, who shared with his seven colleagues the privilege of holding the cords attached to the pall that covered the coffin.  Seyfried was also accorded the honour of providing a composition to conclude the service of dead.

As for the man we are most interested in, namely Johann Baptist Krall, he was one of the thirty-eight torchbearers who walked along in two rows on either side of the coffin, and who included Carl Czerny and Schubert.  He and his companions wore white lilies and roses on their crêpe.  No greater distinction could have fallen to the young Krall—he was still in his early twenties—than to walk quite literally in the company of these musical giants. 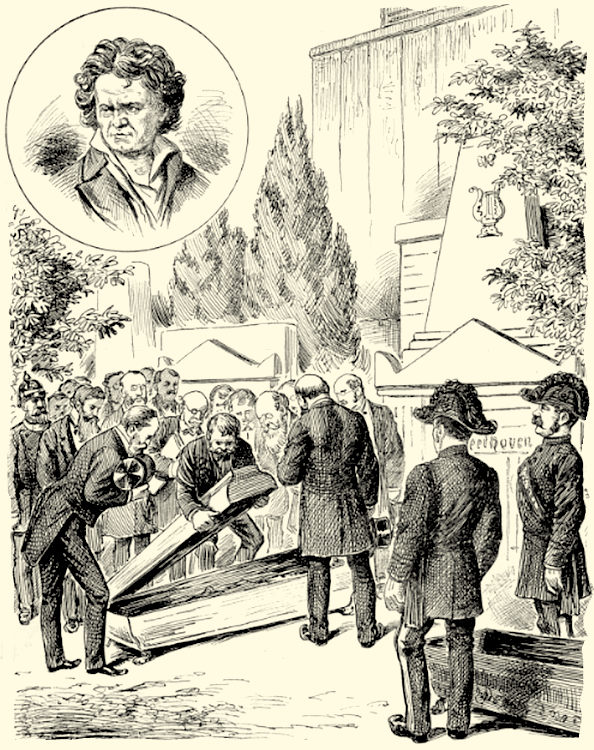 Beethoven was buried in the cemetery at Währing, a district in the north west of Vienna, as was Schubert, who died a year later in 1828.  But in 1863 the bodies of both composers were exhumed at the behest of the board of directors of the Gesellschaft der Musikfreunde—the Viennese Society of Friends of Music—who were concerned that the graves were in need of repair.  Krall had been a persuasive voice in this decision.  The two composers were reburied in the Währing cemetery in special metal coffins, but they were exhumed again in 1888, when their remains were laid to rest, finally, in the Vienna Central Cemetery.

THE IMMORTAL BRAHMS
Standing in the cemetery in Garratt Lane, and scrutinising the grave of Krall’s son John, one feels a very long way from Vienna, and from the funeral of Beethoven.  But the connection is there, never mind how surprising, and even unlikely.  All that remains is to discuss the plaque at the foot of the younger Krall’s granite monument. 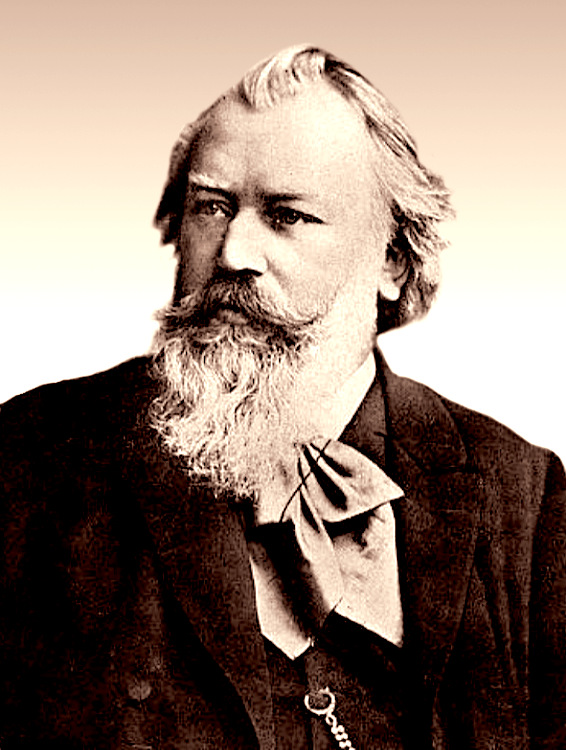 Above the music, and to the right, is a name, also written in metal, and also damaged.  However, it is not hard to discern that the name begins “Br”, and, although the third letter is missing, and the fourth is incomplete, it is clear that it would once have been “Brahms”.  The extract is in fact from the second movement of the Violin Sonata no.1 in G major, and I feel duty bound to confess that this identification is not the outcome of my own enquiries—they got me nowhere!—but of those of a dedicated local researcher.  Brahms spent much his life in Vienna, and Johann Baptist Krall would no doubt have heard the violin sonata, which was published a few years before his death in 1883.  However, as far as the plaque in the Streatham cemetery is concerned, the Brahms connection we are looking for is not with Johann but with John, and it is not unlikely that the sonata was a favourite piece of music that meant a great deal to the younger Krall, and was therefore thought to be a fitting addition to his monument.

And the line of poetry?  Tennyson wrote the elegiac “Break, Break, Break” in 1835 in response to the death of his young friend Arthur Henry Hallam, and the line is taken from the third stanza.  The tone of aching loss is unmistakable, and reinforces the sense that the music of Brahms had a special place in John’s heart.  After all, although hailing from Hamburg, the great composer spent the best part of his professional life in Vienna, dying there in 1897.  And so we are reminded that, although in later life he was very much a Londoner, John was a Viennese by birth, with a tangible link to the wonderful musical life of that eminently musical city.

The Girl on the Tricycle in Streatham Cemetery: Coral Grace Bradburn

Beware Poisonous Mushrooms, or, A Grave Warning from Mitcham

A House in Wandsworth, or, The Life and Death of Henry Stowe Bell