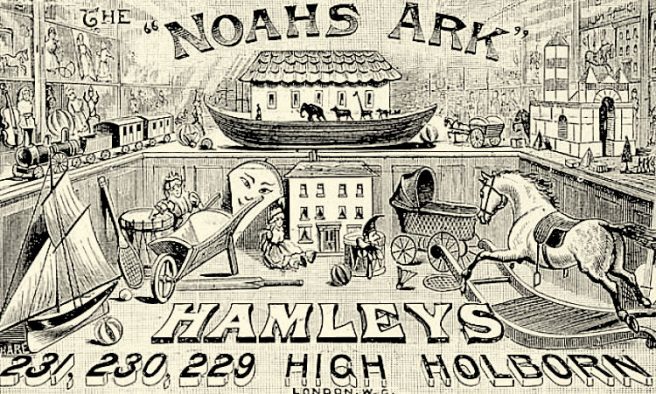 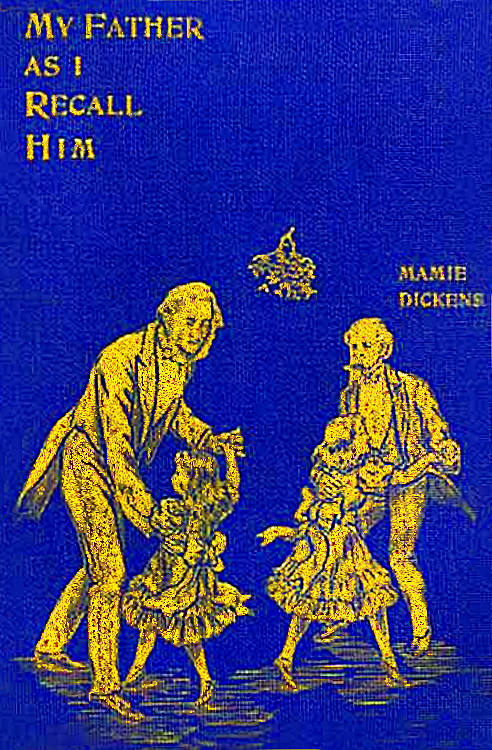 The cover of My Father As I Recall Him, published by Mary “Mamie” Dickens in 1897.  John Leech and Katie are on the left, Dickens and Mamie on the right.

One of the most delightful items of Dickensiana to have come my way is the memoir of her father—My Father As I Recall Him—written by Mary “Mamie” Dickens.  The 1897 edition printed by the Roxburghe Press is a slim octavo, its blue cover adorned with a gold embossed image, the significance of which is explained by the author in Chapter Two of her text.

Here she describes that most Dickensian of phenomena, which is of course Christmas.  On Twelfth Night there would be a dance at the family home in Devonshire Terrace, and one year Dickens asked Mamie and her sister Katie to teach him and his friend John Leech, the illustrator who had worked on the first edition of A Christmas Carol, to polka.  The two girls were still very young, but they had received lessons from a dancing master, and evidently they were pretty competent.  The Roxburghe cover shows Katie dancing with a stooping Leech, who was over six feet tall, and Mamie with her father.  Above the twirling dancers hangs a tell-tale bunch of mistletoe.  One wonders what the jolly Mr Fezziwig would have made of it.

Early in the chapter Mamie describes how every year, on Christmas Eve, Dickens would take the children to a toy shop in Holborn.  There he would let them choose presents for themselves and for their friends.  But where was this shop?  Well, we think we have found out.  And the answer will allow us a glimpse into a fascinating and hitherto overlooked corner of London history.  Retail history, Christmas history, and, above all, Dickens history. 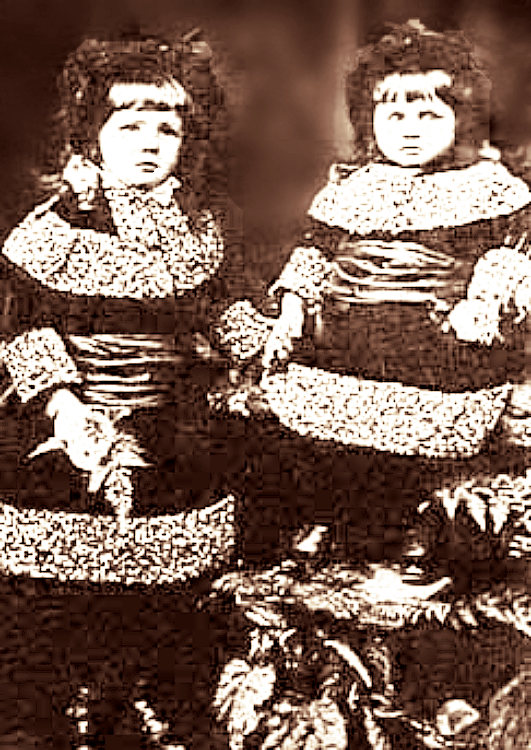 Mamie and Katie Dickens.  Mamie, the older of the two, is on the left.

AN ENTHUSIASTIC AMATEUR
At first glance, tracking down Dickens’s favourite Christmas shop might seem to be a problem.  In the early 1840s, when Mamie would have been at the right age for such pleasures, there were several toy dealers in Holborn.  Some came and went during this time, but four—William Hamley, George Frederick Heath, William Payne & Son and Henry Wright—were rock-solid businesses.  And if the first of these sounds familiar, then it was indeed the store that eventually moved to Regent Street, in 1881, where to this very day it remains the famous Hamleys that draws massive crowds, especially at this time of year.  Would it not be wonderful if it had been this oldest and most enduring of London toy shops that Dickens took his children to every Christmas Eve?

In fact it was.  And the reason we know this is that between 1838 and 1851 Dickens made four payments to “Mr Hamley” by cheques drawn on his account at Coutts.  He also refers to the shop by name in his correspondence.  Writing to his solicitor, Thomas Mitton, early in 1843 he makes it plain that he had been looking in Hamley’s for apparatus—his word—for performing conjuring tricks. 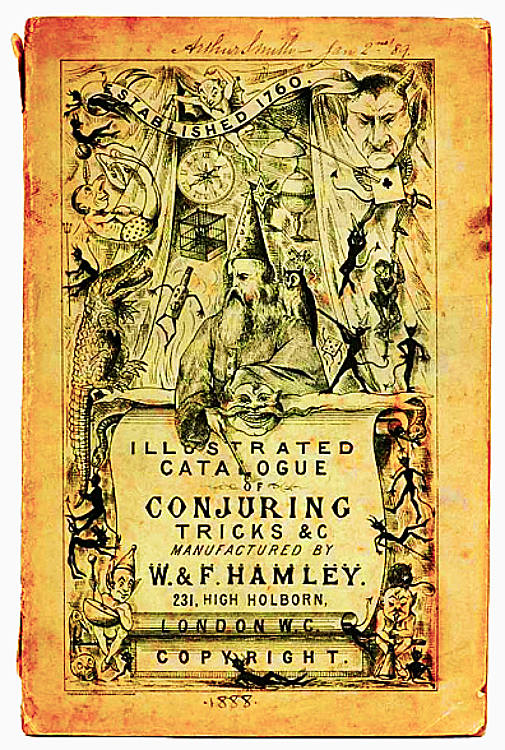 Front cover of Hamley‘s catalogue of conjuring tricks for the year 1888.

Dickens was an enthusiastic amateur magician, and he had planned to put on a show on Twelfth Night—the 6th of January—which was his son Charley’s birthday.  In a letter to Cornelius Conway Felton, a Harvard classical scholar, and the closest of his American friends, he refers to the pains he was taking—“practising in my own room”—to perfect his routine.  And what a routine!  He would ask his audience for watches, and make them disappear from a tea-caddy, which had of course been suitably doctored.  He would employ a devilish sleight-of-hand to make coins move invisibly from one hand to the other.  He would burn a borrowed handkerchief in a brilliant flash of light—it was a substitute, naturally, doused in igniferous chemicals—before returning it intact and unsinged to its relieved owner.  For those tricks that required a stooge he would call on a friend, the artist Clarkson Stanfield, who qualified for the role by virtue of his “imperturbable good humour”, and who could be relied on to play his part “exactly the wrong way”—he was obviously clueless—“to the unspeakable delight of all beholders”. 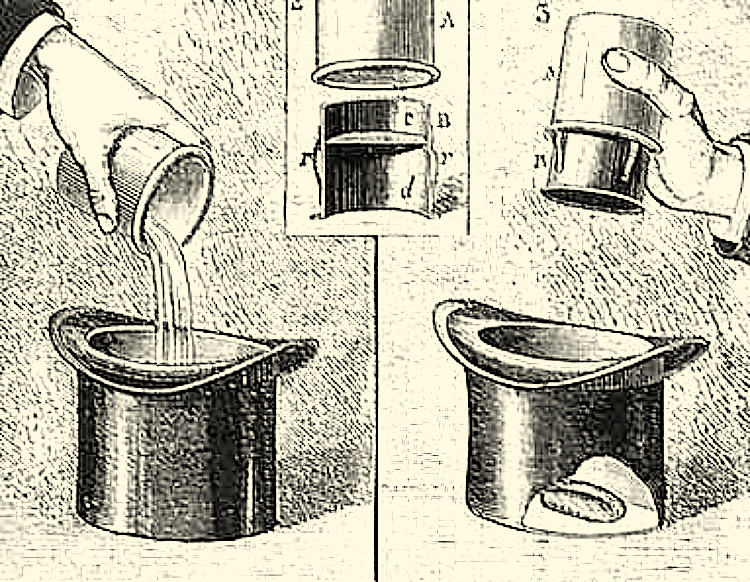 At other times Dickens played other tricks.  In December 1843 the writer Jane Welsh Carlyle witnessed a frenetic bout of conjuring at the house of a mutual friend.  Dickens, assisted by his friend and biographer John Forster, put on an hour-long performance that taxed the pair considerably.  “The perspiration was pouring down,” Carlyle observed, “and they seemed drunk with their efforts!”  Handkerchiefs were turned into sugar-plums, and a guinea pig was magicked out of a box filled with bran.  The pièce de résistance—and something of a Dickens speciality, it would seem—was the boiling of a plum pudding in a gentleman’s hat.

So what about the children and their Christmas shopping?  In his letter to Felton, which was sent on New Year’s Eve, Dickens alluded to the fact that he had bought the “entire stock in trade of a conjurer”.  So if he had been rummaging around in Hamley’s—and his letter to Mitton certainly suggests that he had—we may well suppose that he had done so on his Christmas Eve visit with his children.  What a charming scene that would have made, the children looking at everything, hoping for everything, while their father made the most of this opportunity to sift through the latest magical gadgets and gimmicks! 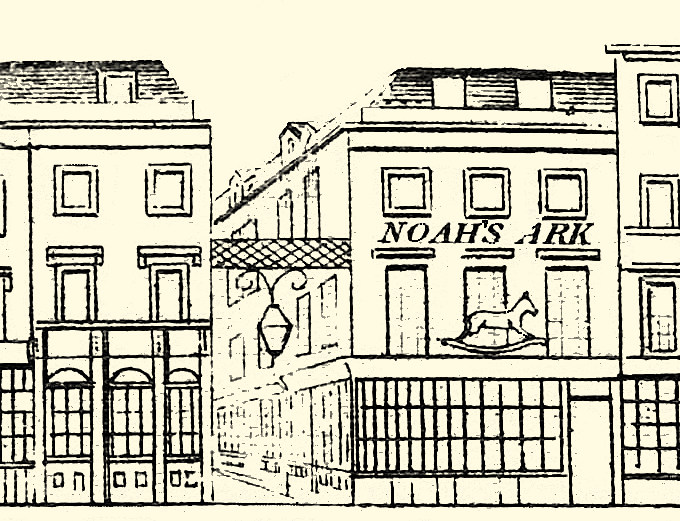 NOAH’S ARK
This most aristocratic of toy shops had been founded in 1760 by the eponymous William Hamley, a Cornishman from Bodmin.  He called his enterprise Noah’s Ark, and sometimes the Toy Warehouse, and his clients were residents of the wealthy streets and squares in and around Bloomsbury.  By the time Dickens shopped there, ownership had passed down through Hamley’s family to another William—probably his grandson—and the shop had become the first port of call for the most elevated, noble and royal members of English society. 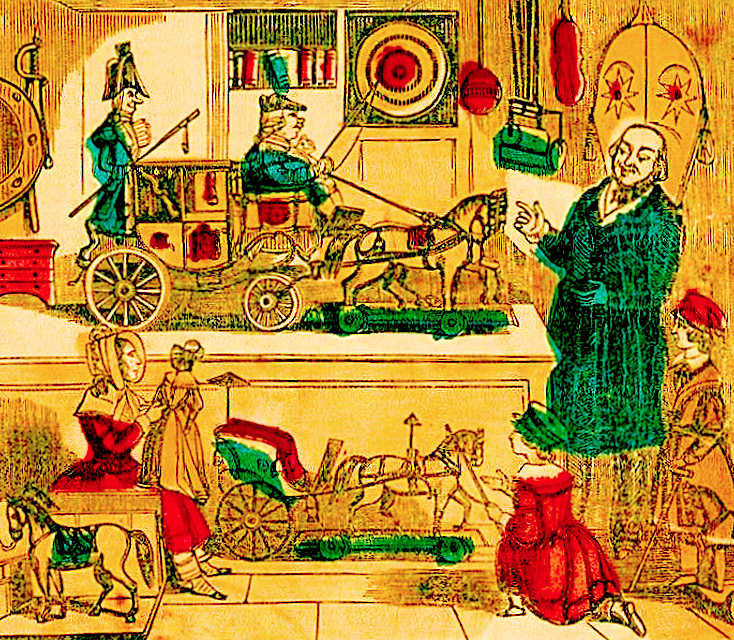 Inside William Hamley’s shop.  Image in Wonders of a Toy Shop, which was published in 1852.

The Toy Warehouse was at 231 High Holborn, and in Tallis’s beautifully detailed street view it can be identified by the distinctive rocking horse perched above the ground-floor windows.  To the right we can make out a grocer’s shop.  To the left, on the other side of New Turnstile, and rather alarmingly, an undertaker’s.  We know just what awaited Hamley’s young customers—and in Dickens’s case not so young—for the Warehouse features in a charming little book called Wonders of a Toy Shop, which was published in 1852.  There are eight illustrations, one of a smiling gentleman—presumably William Hamley himself—inviting a group of children to enter the shop, and seven of its various departments, each accompanied by a short versified description of the items to be found there.  The toy horses and carriages, to give just one example, are immortalised in the following lilting lines:

A coachman so plump, and a footman so tall,
Who cost not a penny for food;
For to tell you the truth, all their insides are filled
With a permanent dinner of wood.

Other departments sold building bricks, toy soldiers, the inevitable swords, and so on.

Not that it was all fun and games.  For our Victorian forebears were as confused as we are about the true purpose of childhood, and the fact that Hamley’s sold educational material alongside the toys strongly suggests that hothousing is not an entirely modern phenomenon.  The ambitious nineteenth-century parent could choose from an assortment of magic lantern slides with subjects ranging from national costumes to history and Scripture. 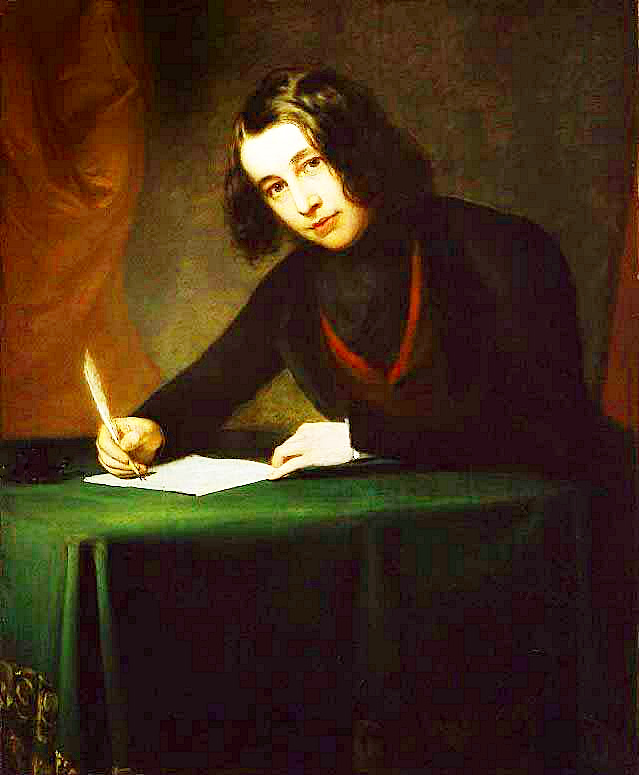 Charles Dickens in 1842 in a painting by Francis Alexander.

SO SOON OVER
However, the Spirit of Improvement cast not its gloom over little Mamie on those Christmas Eve outings to 231 High Holborn.  For Dickens was an indulgent parent, and he happily granted his children all the time in the world to poke around.  “We were often an hour or more in the shop,” Mamie wrote in her memoir, “before our several tastes were satisfied.”  And, rather touchingly, she added that their father bore it all with patience, and made sure that they found exactly what they wanted.

In an article that he published in Household Words in 1850 Dickens described the Christmas trees of his own childhood.  As one would expect, the writing is nostalgic.  But it is moving, too, and if the trees in Devonshire Terrace were in any way similar to those he remembered, they would surely have enchanted Mamie and her siblings on Christmas Day.  The branches were laden with toys—an acrobat and a jack-in-the-box, puppets and tin soldiers, a Jacob’s ladder and a tinkling music-box—and the fragrant smell of orange-peel was in the air.  In spite of Hamley’s best efforts, all thoughts of school had been banished, books on arithmetic and the Latin poets firmly closed.  The window-panes were frosted, and outside, naturally, snow lay on the ground. 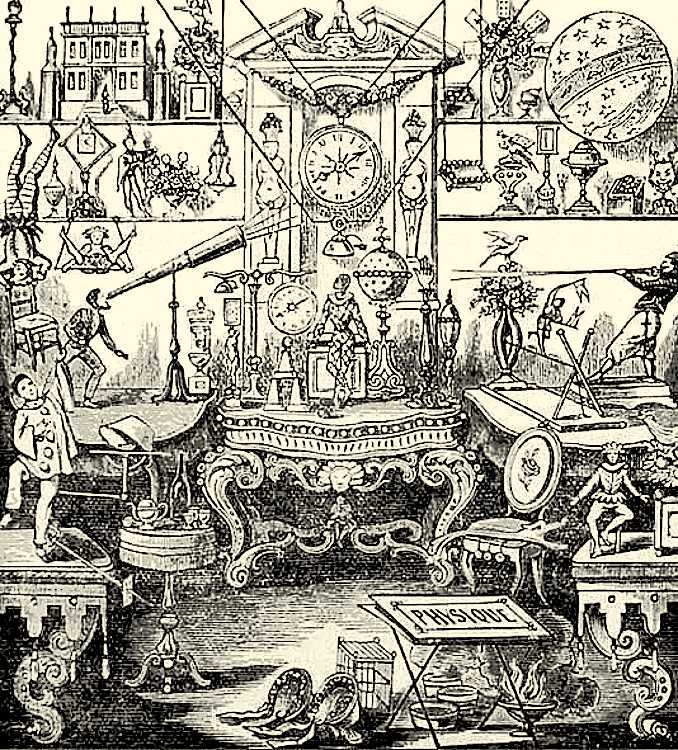 Toys on sale at Hamley‘s, as illustrated in the catalogue for 1895.

Of course, Dickens being Dickens, there are wisps of melancholy.  “If I no more come home at Christmas-time”—were words more poignant ever written?—“there will be boys and girls (thank Heaven!) while the World lasts.”  Time was passing, and even though still the right side of forty, the great writer felt the years slipping from his grasp.  Mamie too understood that childhood is quickly over, and in her fond tribute to her father she noted that the giving of presents was soon confined to birthdays.  Like Christmas itself, the magic of the Christmas visit to the shop in High Holborn was over in the blink of an eye.