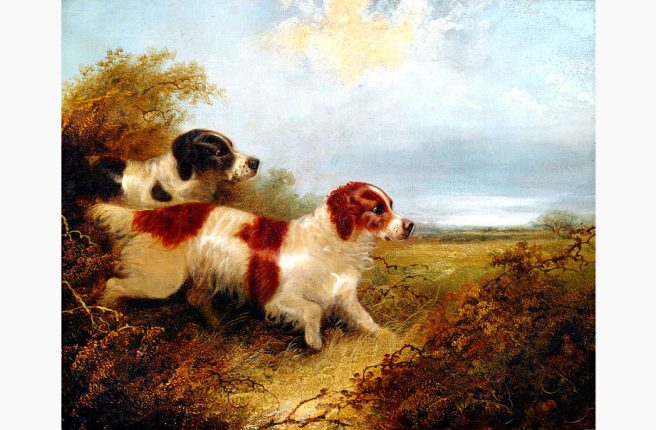 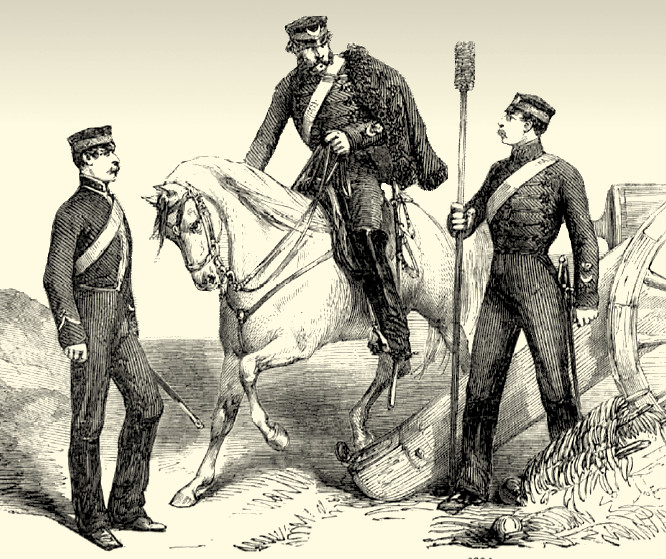 Soldiers of the Turkish Contingent at the time of the Crimean War.  Image in The Illustrated London News 23 June 1855.

There is a good story about a dog told by a journalist, and, given that we at London Overlooked are quite fond of canine anecdotes, the most recent of which can be found by following this link, we would like to make it the subject of this article.  We will meet some colourful characters along the way, and we will stop off to look at the unsavoury world of rat baiting, and, on a lighter note, the strange language of Victorian science fiction.  But first we must say a few words about our journalist, whose name was Thomas Hamber.

Hamber was born in 1828 and grew up in Islington.  He had three sisters and one brother, and a father who had money enough to give him a good education, which secured him a place at Oxford.  As an undergraduate at Oriel College he indulged a passion for boxing, and in 1849 he won a Royal Humane Society medal for saving the lives of three members of a Wadham College boat crew following an accident on the River Isis.  On graduating he enrolled at Lincoln’s Inn, but when the Crimean War broke out he obtained a commission in the Turkish Contingent, and was dispatched to Smyrna in the final phase of the conflict.  Styling himself “Captain Hamber” he embarked on a career in journalism, in the course of which he edited the Morning Herald, the Standard, the Hour and the Morning Advertiser.  A tall man with the features of an eagle, he haunted the London clubs, and his career ended in an oddly appropriate fashion with his acquisition in 1887 of the Licensed Victuallers’ Guardian.  He married three times, and died in 1902.

Now, we are particularly interested in a time towards the end of the 1860s, when Hamber was about forty, and was living at 38 St George’s Square in Pimlico.  And this is where the dog comes in.  The dog in question belonged to a journalist acquaintance, who, as it happened, lived not far away in Denbigh Street.  At no. 56, to be precise.  The dog was a little black and tan, and answered to the name Jimmie. 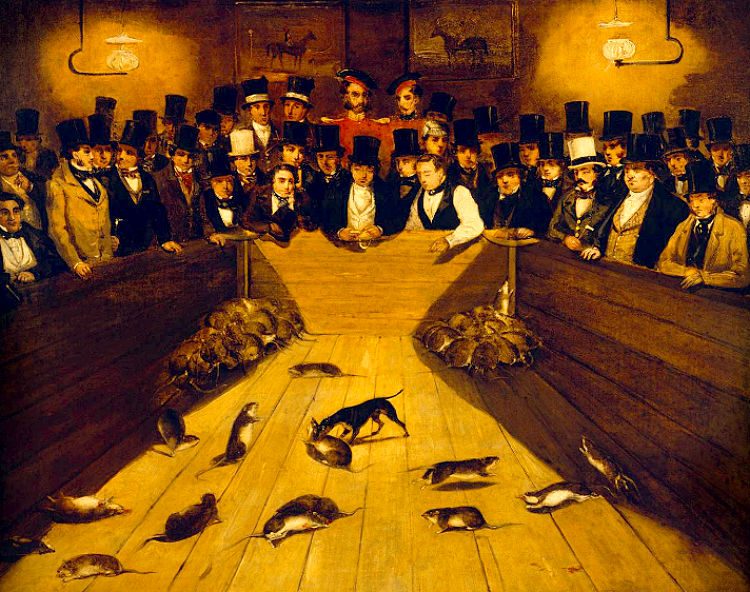 TINY THE WONDER
The black and tan was a type of terrier, but the name was used quite loosely, and it was applied to more than one breed.  For example, there was the Manchester terrier and the English toy terrier.  The Manchester terrier was developed in the middle of the nineteenth century by a breeder by the name of John Hulme, who crossed the black and tan and the whippet, and it was known as the “rat terrier” by those who appreciated its ratting instincts and the “gentleman’s terrier” by those who admired its dignified character.  The English toy terrier, as the name suggests, was a smaller breed, and its agility made it a star turn in the shadowy places where the sport of rat-baiting flourished.

An English toy terrier who achieved considerable notoriety as a ratter was Tiny the Wonder.  He was the subject of an oil painting dating from the middle of the nineteenth century, in which he is seen attempting to kill two hundred rates in under an hour, a feat he apparently achieved on two occasions, first in March 1848, and then again in March 1849.  The venue in the painting is the Blue Anchor Tavern in Bunhill Row, which was presided over by a gentleman by the name of Jemmy Shaw, who not only promoted unpleasant animal fights, but also bred dogs of the more vicious kind, not to mention fancy rats in a range of colours.  He was once interviewed by Henry Mayhew, who learnt from him many facts, and none more fascinating than that the bite of a rat had three corners, like that of a leech, and should be treated with poultices made of porter beer dregs.  Visiting Jemmy must have been an ordeal, as he kept rats on the premises, and boasted to Mayhew that he had been host to up to two thousand at any one time. 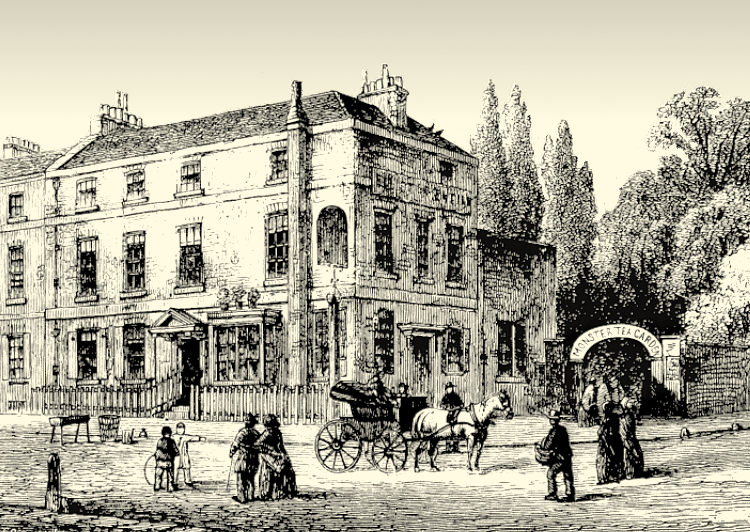 OFF TO MARS
To get back to Thomas Hamber, though.  As we have seen, the journalist acquaintance to whom Jimmie the terrier belonged lived no great distance away.  Hamber reckoned that he could get from St George’s Square to Denbigh Street in ten minutes, but at the time of the story the brevity of this journey was merely academic, as his acquaintance, whose name was Percy Greg, and who was about eleven years younger, was about to leave his home in Pimlico and move down to Merton, which was then in Surrey.  And it was precisely this upheaval that started the train of events that I am about to relate, and will relate once I have said a few words about Mr Percy Greg.

There were two sides to Percy Greg the writer.  With one hat on—the more serious and sober hat—he was a political commentator.  His politics were reactionary rather than revolutionary, and the history of the United States that he published in 1887 was criticised for committing the cardinal sin of taking sides, and doing so with gusto.  With his other hat on, though, he was a novelist, his chosen genre being what we would now recognise as science fiction.  When he wrote Across the Zodiac, a pretty peculiar story about a voyage to Mars published in 1880, he invented an alien language, which was suspiciously like Classical Greek and Latin in its structure, even if its vocabulary was littered with such oddities as ambau, meaning “squirrel-monkey”, and znaftau, meaning “those who were brought into life together” or “brethren”. 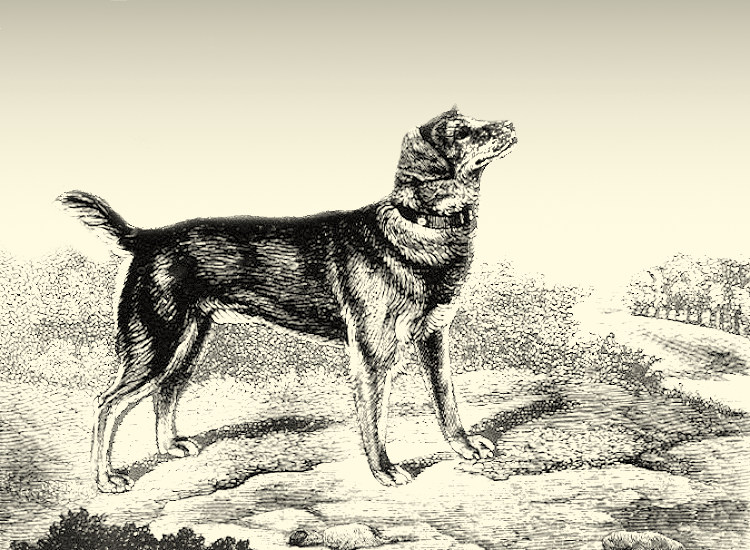 JIMMIE THE VAGROM
On with the story.  When Greg was about to leave Pimlico, he wanted a home for Jimmie, and he came to an arrangement with Hamber, who, as we now know, was a neighbour—almost—as well as a friend.  Hamber took Jimmie in, and got on with other matters, but was surprised when it was reported to him by a member of his household staff that the little terrier had developed a curious habit.  Apparently he left the house—the dog, that is, not Hamber—every morning immediately after breakfast.  Furthermore, when he left he always carried off in his mouth a bone, or some other scrap of food.   Where he went, though, nobody at that point knew.

In a letter that he wrote to the editor of the Spectator many years after the event, Hamber confessed that Jimmie’s behaviour alarmed him at first.  He wondered if the dog was laying up stores in a secret location in anticipation of a bid for freedom.  But

as he invariably returned after an hour’s stroll, I took him to be one of those “vagrom” animals who cannot live without a prowl in the streets, and I felt no anxiety.

One would be forgiven for thinking that Hamber came across the word “vagrom” in Percy Greg’s alien lexicon, but it is in fact no more than an alternative form of “vagrant”.  Walter Besant in All Sorts and Conditions of Men, which was published in 1882, writes of a “poor vagrom woman” who wandered into the parish of Davenant “no one knew where from”. 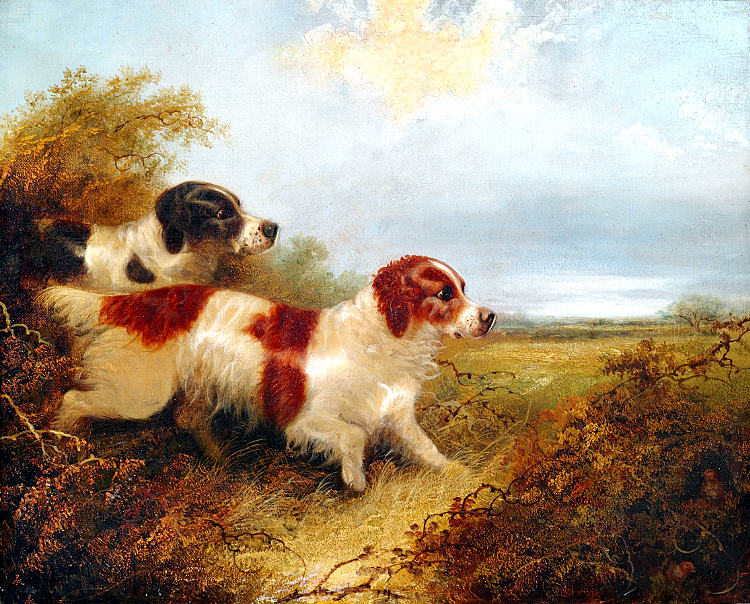 THE TWO FRIENDS
Well, the providence of the vagrom Jimmie intrigued Hamber, who, being a seasoned journalist, decided to stalk his subject.  First he posted himself outside his own house in St George’s Square for a couple of mornings, which allowed him to observe Jimmie squeezing through the area railings, on both occasions carrying a large bone.  In fact these bones presented a problem, as they were wider than the gap between the iron bars of the railings, but Jimmie persisted, and trotted off round the corner with his spoils.  But even after these sightings Hamber was mystified.  And so he had recourse to dirtier tactics, which meant only one thing: he followed the dog.

He was probably not surprised that Jimmie eventually turned into Denbigh Street, and headed towards no. 56, which was of course the former address of Mr Percy Greg.  He had no doubt that the dog was seeking what had once been his home.  However, he certainly was surprised when the dog disappeared not into no. 56 but into a house standing right next to it.  The house, he could see, was empty, which only deepened the mystery.

Seeing that Jimmie had gone down into the basement of the empty house, Hamber walked gingerly down the area steps.  And there, in the cellar of the house, he discovered not one terrier but two.  The terrier that was not Jimmie was a forlorn creature, wretched and half-starved.  Hamber saw at once what had happened—that the unhappy terrier had been abandoned by his former owner when the house became vacant.  And noticing the remnants of the food that Jimmie had carried away from St George’s Square on his morning excursions, he realised that he was witness to an act of great canine loyalty, which had as its beneficiary a helpless animal

who, I suppose, had once been a friend of Jimmie’s, and whom my dog, in his days of prosperity, never forgot.  Regularly the good little fellow trotted off to the empty cellar, and divided his morning’s meal with his poor friend.

The display of canine loyalty that so moved Napoleon.  Image in Paul-Mathieu Laurent History of Napoleon volume 1 (1843) page 194.

A LESSON OF HUMANITY
In his letter in the Spectator Hamber told his story in a charming manner, without a trace of journalistic bombast.  He was clearly moved.  But he allowed himself one small indulgence, an anecdote that he included at the very end of the letter.  And although the anecdote concerns a time and a place very remote from the Pimlico of the 1860s, and although its principal character hardly qualifies as an overlooked Londoner, it is worth recording.

That character was none other than Napoleon Bonaparte, and the story goes that after the first Battle of Bassano, which was fought in 1796, the victorious general was riding over the plain, accompanied by his staff.  Although it was midnight, the moon was shining in a cloudless sky, and it cast a ghostly light over the carnage.  As he rode among the dying and the dead, and heard the moans and cries of the wounded, the French general was silent.  He appeared to his officers to be lost in painful thought.

Suddenly a dog, which had been lying beneath the cloak of his dead master, bounded up to Napoleon.  He was frantic, as if begging for help.  He then rushed back to his master, howling piteously, and licking the blood from the face and hands of the mangled corpse.  Moved by this touching display of loyalty, Napoleon turned to his companions.  “There, gentlemen,” he said, “that dog teaches us a lesson of humanity.”