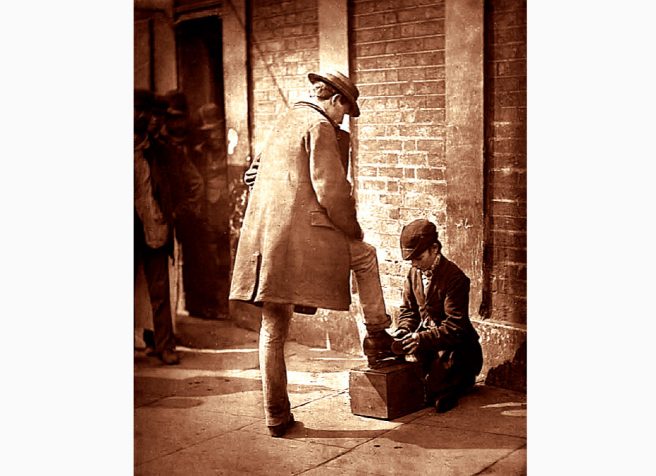 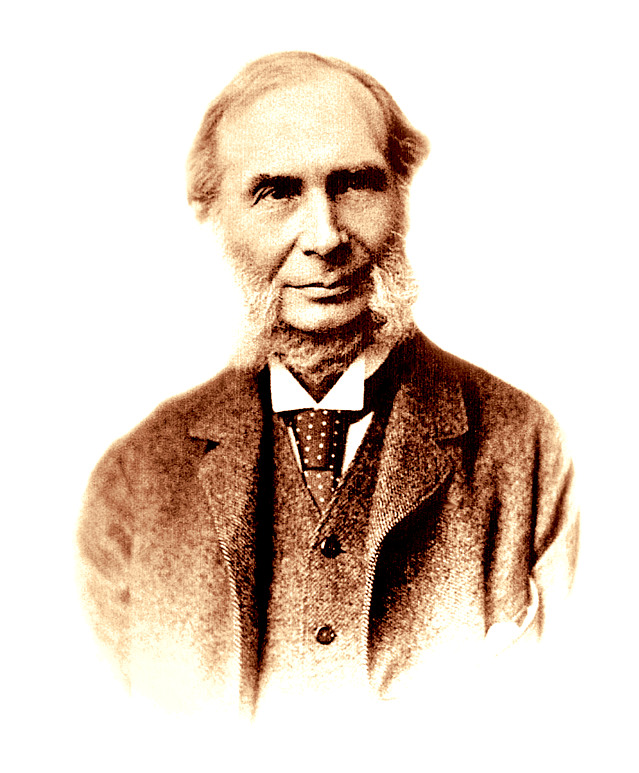 Time for another of my occasional pieces on the boys of the Shoeblack Society.  They have a common theme, in that their young subjects were without exception born into great poverty in some of the most deprived streets of the capital, but fell under the watchful gaze of Martin Ware, whose timely interventions made a significant difference to their lives.  Ware was a barrister by profession, and a man of stern Christian principles, and he made it his mission to better the lot of some of London’s most overlooked young citizens.

We are able to find out a great deal about Ware’s work with the Shoeblack Society, and indeed with the Brunswick Street Ragged School, from the journals in which he recorded the details of his activities, and also from the letters written to him by boys who had moved on in their lives but still remembered their teacher and mentor with fondness and gratitude.  The letters are intensely moving, their awkward spellings a reminder that Ware’s young charges came from backgrounds where literacy was not exactly a universal accomplishment.  They bear witness to the remarkable progress these wretchedly underprivileged boys made in their time at the school.

Boys in the workroom of a London ragged school.  Image in The Illustrated London News 17 December 1853.

THE COLLIERS
One such recipient of Ware’s beneficent attention was a boy by the name of Robert Collier, who is mentioned for the first time in the journal entries for 1857.  Robert was about nine or ten years old at the time, but he cannot easily be identified in birth or baptismal registers, and so his exact age cannot be determined.  However, a range of other documents agree that he was born in St Pancras, and that his father, Henry Collier, was a shoemaker, and his mother, Mary Ann Collier, a bookbinder.  He had two brothers, Henry and William, who were about seven and five years older than him.

In 1857 the Collier family was living at 20 Brighton Street, which ran up from Cromer Street and issued into Argyle Street.  Brighton Street as such no longer exists, but we get a fair idea of its character from the fact that at the time of the 1851 census no. 20 was divided into five separate dwellings, and that aside from the Colliers the residents were a general labourer and his wife, a cordwainer and his wife and their two children, a dressmaker and her daughter, and a laundress and her daughter.  The picture in the 1861 census is much the same—working-class families—only the five dwellings have become seven. 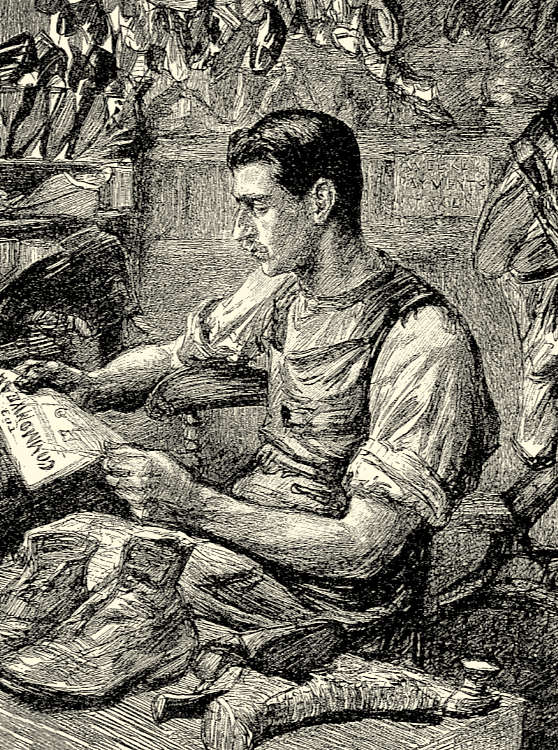 When he was about thirteen or fourteen Robert went to work for a man by the name of Robert Clayton, who, like Henry Collier, was a shoemaker.  Clayton lived with his family in Wood Street, which ran parallel to Brighton Street.  His oldest son, Charles, was the same age as Robert, and, as Ware mentions him often, we can safely assume that the two boys were acquainted, and were probably classmates at the Brunswick Street school.  It will be seen in due course that Charles’s story was not a happy one.

INTO THE STREETS
Ware’s interest in Robert was at least in part spiritual.  A journal entry for 1861 suggests that he was at pains to inculcate good religious habits in the boy, and he noted with obvious satisfaction that he had persuaded him to attend his Sunday School, and to stay for the prayer meeting.  But, on a rather more temporal note, Ware was also concerned that his young charge should make something of himself, and the following year he accepted him into the Shoeblack Society.

The Society, or, to give it its full name, the Ragged School Shoeblack Society, had been founded in 1851.  Among its leading lights was the remarkable John MacGregor, an adventurer as well as a philanthropist, who recorded the moment when the idea was first discussed, just weeks before the Great Exhibition opened in Hyde Park.  The “bright thought” that had “lighted up thousands of careworn faces since” was to train street urchins to black shoes, and to send them out in distinctive uniforms to ply their trade in the streets.  Moral rehabilitation was an element of the enterprise, and the shoeblack boys, coming from lives of poverty and crime, were encouraged to follow respectable trades, to join the armed forces, or to emigrate. 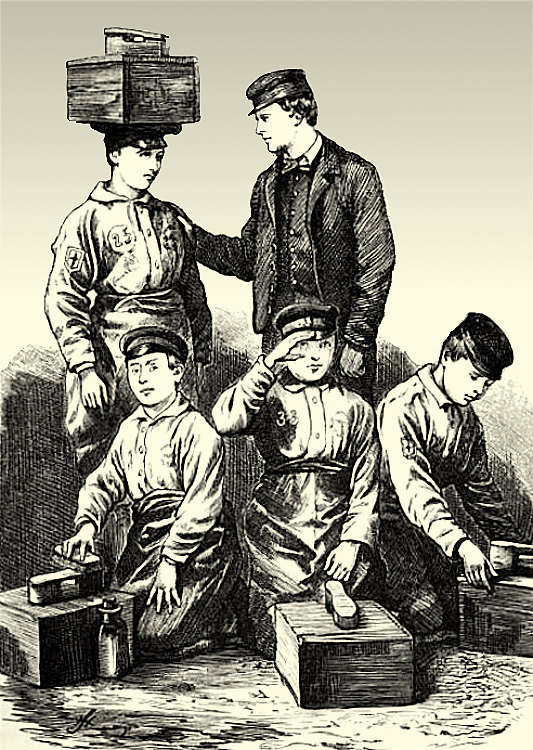 When Robert went out into the streets as a shoeblack, there must have been relief on both sides, as his employment with Clayton had come to an end.  Clayton claimed that there was not enough work to give to Robert, and Robert claimed that Clayton was not paying him.  No doubt the truth lay somewhere in between.

BROTHERS IN TROUBLE
A word about Robert’s brothers.  The younger of the two, William, who is frequently mentioned by Ware in the journals, seems to have led a troubled life.  When he was in his mid teens he either ran away from home or was sent away by his father, and for several weeks he slept at the ragged school in Field Lane, making ends meet by means of odd jobs.  Ware was desperately sorry for the boy, who wept as he told of his woes.  He did eventually go back home, and he found employment in a black lead factory, an occupation that was horribly injurious to the health of workers, who toiled long hours in ill-ventilated surroundings, breathing in the heavy metal’s noxious powder.

Evidently William got into bad company at the factory, and Ware noted that “the boys learn all sorts of mischief”.  Two of his acquaintances, who were brothers, were sent to prison for a month for stealing a glass tumbler from a shop, and he himself received a custodial sentence at about this time, although there are no details of his crime.  We may surmise that he was chronically unsettled, for he spent periods of time away from home, and he endured the same frustrations as young Robert with the shoemaker in Wood Street, for whom he seems to have worked. 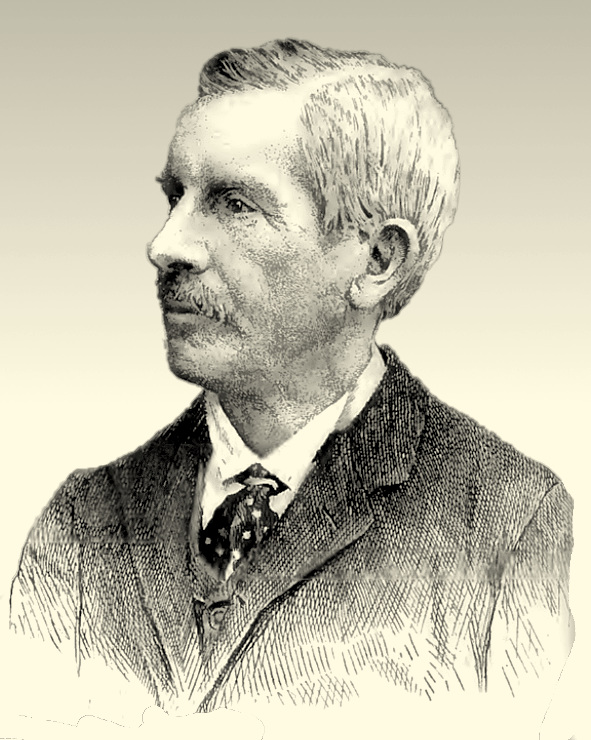 At one point he expressed a wish to go to sea, and even ran away to Liverpool to find a ship, but in the end he enlisted in the army.  After only a few years he deserted, apparently under pressure from a Norfolk girl he had been living with.  She had been bitterly opposed to his enlisting—possibly because she had by then given birth to a child—and Ware records that “she pretended to cut her throat & made a great gash in it” as a form of protest.

Robert’s other brother, Henry or Harry, was equally troubled, and he too spent time in prison.  He was involved in the theft of a shawl, for which he was given a sentence of six months.  Later, when he was in his early twenties, he joined his younger brother in enlisting.  But we have no details of his time in the army, and his military career was short-lived, for by the time he was thirty he was back on civvy street, working as a shoemaker.

A VERY BAD MAN
However, the most volatile member of Robert’s immediate family, and certainly the one with whom he had the most tempestuous relationship, was his father.  Henry Collier, who, as we have seen, was a shoemaker, had been born in Clerkenwell in about 1814.  His life had its share of difficulties, for his wife, Mary Ann, died at no great age, leaving him to look after their three sons.  And that cannot have been easy, given what we know about the trouble young Harry and William landed themselves in. 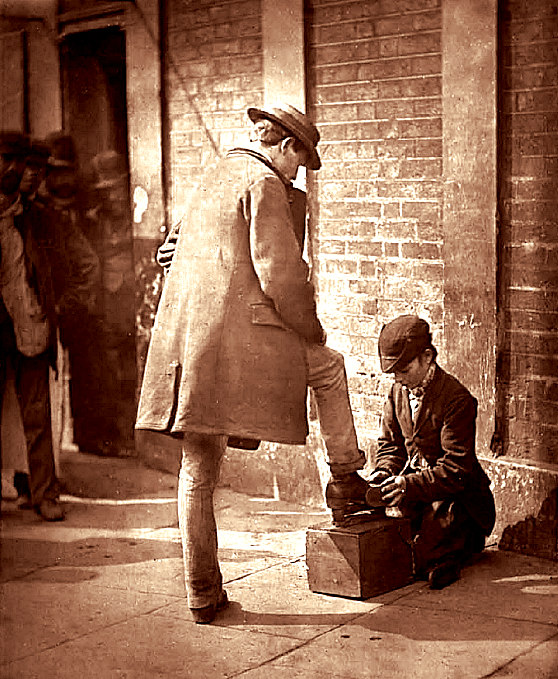 A young London shoeblack at work.  Image in John Thomson and Adolphe Smith Street Life in London (1877) between pages 98 and 99.

Even so Ware had little time for him.  He found him physically threatening, and verbally abusive, and we shall see in Part Two of the story that he had a very difficult encounter with him, in connection with Robert, which started uncomfortably and very quickly got out of hand.  His assessment, which he wrote in a journal entry in March 1863, was blunt: “I fear he was a very bad man, perhaps not quite right in his mind.”

Ware used the past tense—“he was a very bad man”—because Henry Collier had recently died.  He was buried in the cemetery of St Pancras in East Finchley.  He had been suffering for about three weeks from a bladder complaint, and Harry told Ware that his father had been in great pain, and had been constantly “praying to the Lord to take him”.  In spite of everything he had been a God-fearing man.  And just as he feared God, his son Robert feared him, as we are soon to find out … TO BE CONTINUED.

The Poor Brothers: Part One