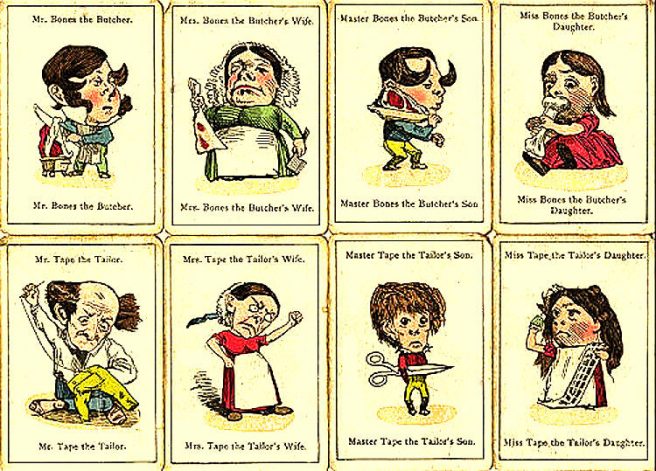 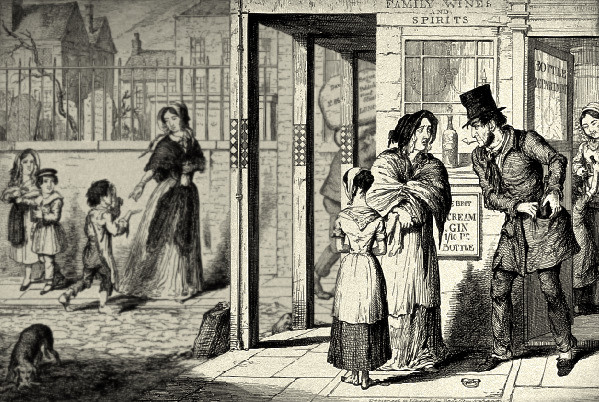 A drunken man begs in the street with his family, all ruined through his drinking habit.  Etching by George Cruikshank, 1847, after himself.  Credit: Wellcome Collection  CC BY

Those present at the Clerkenwell Police Court on Saturday the 13th of May 1871 probably sighed inwardly when the case against Leonard Albert Cambray was called.  Yet again a member of the working classes had drunk too much and attacked his wife.  For the forward thinking the only way of ending this vicious cycle was to encourage temperance, educate the lower classes and allow women rights over their bodies, children and property.  But in the meantime a spell in prison would punish, and it might even deter.  In this case Ann Cambray did not want her husband to be sent to prison—he could be a good husband when he felt like it—she just wanted him to be bound over to keep the peace.  Leonard had other ideas.

Leonard Cambray was a thirty-two-year-old butcher, originally from Stow-on-the-Wold in Gloucestershire, where his father followed the same trade.  By 1865 he was living in London and was married to Ann Cooper, a domestic servant originally from Lartington, which was then in Yorkshire but is now in County Durham.  Like many working-class Londoners Leonard and Ann led peripatetic lives, moving from Bermondsey to the Edgware Road, and from the Edgware Road to Somers Town, where they had settled by 1871.  The Cambray family—the children were Joseph, aged two, and John, aged ten months—shared a house at 6 Union Street with eleven other people.  This was typical of living conditions in Somers Town, an area inhabited by the transient poor, with whole families often living in a single room.  Indeed, urban poverty may well have contributed to the unhappiness of the Cambray marriage, as Ann told the police court. 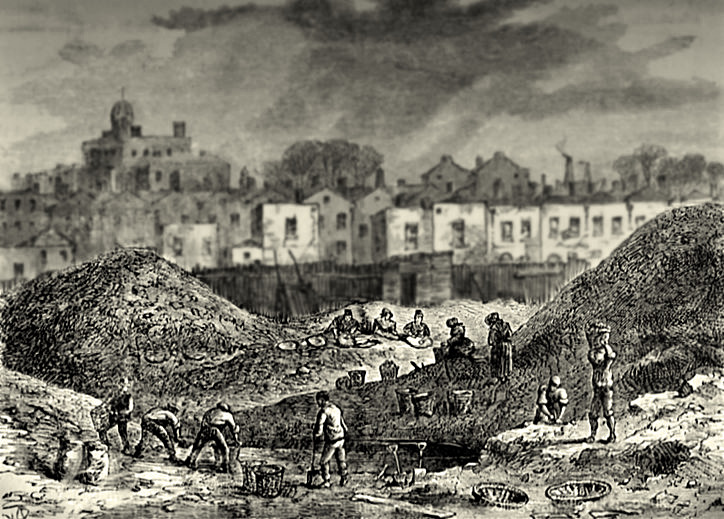 Men digging in the dust heaps in Somers Town in 1836.  © London Picture Archive

On Friday the 12th of May Leonard had returned home the worse for drink.  At dinner Ann remonstrated with him, and in reply Leonard hit her across the back of her hand with his dinner knife, leaving a mark.  This was the last straw: he had ill-used her once too often, and she had had enough.  Rushing out into Union Street Ann found a policeman, and as a consequence Leonard was arrested.

In court Leonard was asked if he had anything to say.  He certainly did.  “I wish to be sent to prison,” he declared, “for I shall be happy and quiet there; that is more than I can be with you.  You get the worse for liquor and then you nag my life out of me about my betting—when you know I do nothing of the sort.  I never have a moment’s rest with you and that you well know.”  In spite of this impassioned speech the magistrate was having none of it.  Leonard was bound over to keep the peace, and Ann hurried away to find the necessary sureties.

A SOUTH LONDON IDYLL
Perhaps surprisingly we find the Cambrays remained married, producing two more children, Emma in 1873 and Mary in 1876.  It was Ann’s death in 1878 that separated them.

Left with four children under eight to provide for, Leonard did what many Victorian men did: he looked for another wife.  He did not look long, remarrying within a year of Ann’s death.  Neither did he look far, for his second wife was Ann’s older sister, Emma Atkinson, a widow aged forty-six who had spent her life in domestic service.  What is most surprising is that they married at all, for at this time marrying a dead wife’s sister was viewed as—excuse the pun—akin to incest.  As such it was illegal—it would be 1907 before the law changed—and it was perhaps to escape any talk of this somewhat irregular but by no means unusual union that Leonard and Emma moved south of the river to Rodney Road in Walworth. 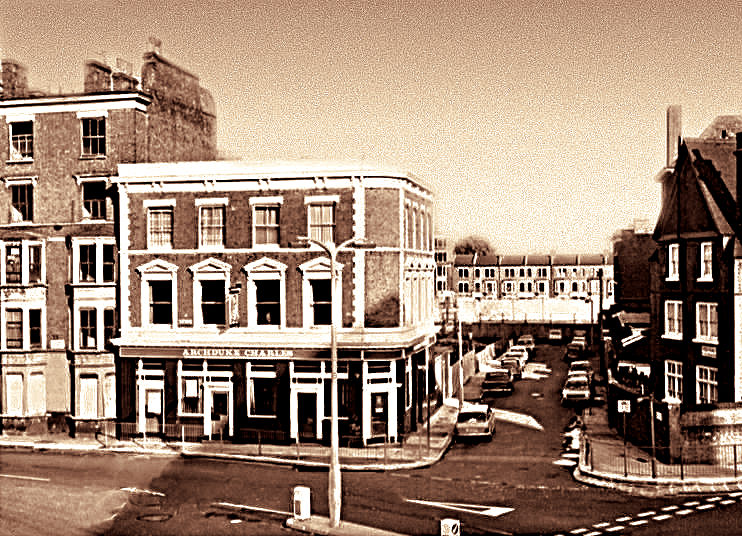 Life at 52 Rodney Road went on smoothly enough.  Leonard had opened a butcher’s shop, and his four children were well looked after by the woman who was both their stepmother and their aunt.  The neighbours were a pleasant young family: Henry Mold was a fancy draper with a wife, Emily, and a young daughter, Emily Elizabeth.  Emily Elizabeth was about the same age as John Cambray, and she would probably have been a playmate for his sister Emma, who was slightly younger than her.

But this south London idyll came to a shocking end.  Around springtime in 1885 the Molds began to feel uncomfortable about the obvious friendship between their attractive fourteen-year-old daughter and the forty-three-year-old butcher.  Accordingly they told their daughter not to speak to him.  On discovering that Emily Elizabeth had disobeyed this instruction, Mrs Mold flew into a rage, boxed her daughter around the ears and threatened to send her to the workhouse, and by this I imagine she meant to one of the workhouse industrial schools.

And the Molds were right to be suspicious, as for the past few months, since Easter, Leonard and Emily Elizabeth had indeed been “intimate”.  We may think what we like, but in the 1880s, when the age of consent was just thirteen, such behaviour was not illegal.  But it would certainly not be condoned, as Leonard was a married man with four children.  In fact he was even older than Emily Elizabeth’s parents.

Emily Elizabeth immediately told Cambray about her mother’s threats.  He suggested finding a room for her so that she could leave home.  She agreed, and on Friday the 12th of June he rented a room at 2 Fairford Grove off Kennington Lane, which was probably no more than a brisk fifteen-minute walk from Rodney Road.  He explained to Mrs Amelia Norris, the landlady, that the room was for his young cousin, who was coming up from Wales to work.  (I have no idea why he chose Wales.  Emily Elizabeth was South London born and bred.  Was she going to adopt a Welsh accent?) 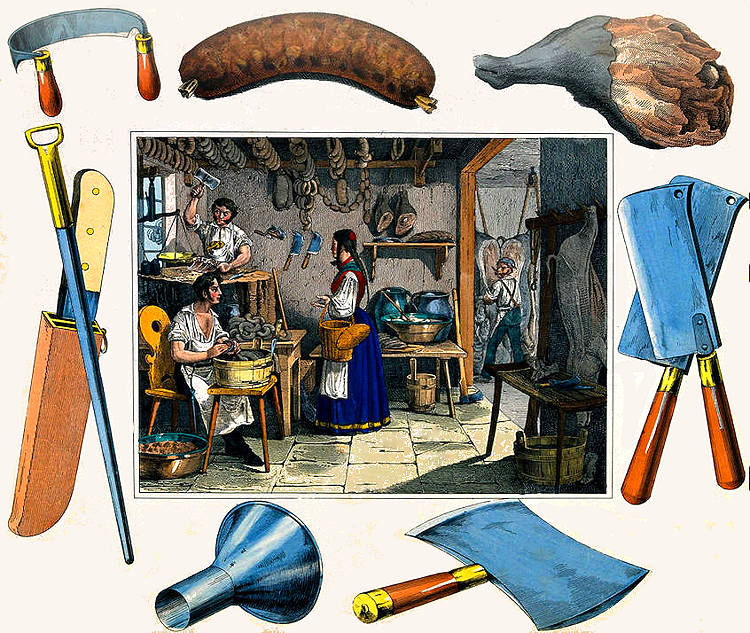 A pork-butcher’s shop: two butchers are working with knives and cleavers as another makes sausages.  A woman has come to buy and is holding some money in her hand.  Nineteenth-century coloured etching.  Credit: Wellcome Collection  CC BY

I WISH I HAD NOT DONE IT
On Sunday the 14th of June Emily Elizabeth lowered a portmanteau of her belongings from her bedroom window.  A friend who was waiting below helped take the bag in a cab to her new lodgings, giving her some money from Leonard, and staying with her for the afternoon.  The accomplice was in fact Leonard Cambray’s daughter Emma, who was aged about twelve or thirteen.  That evening, after Emma had returned to Rodney Road, Leonard came to visit, attempting to take liberties with his so-called cousin.  She refused.

Arriving home Leonard probably had a bit of a shock when Mr Mold appeared at his door, demanding to know where Emily Elizabeth was.  The girl had left a note for her mother, saying that she had “got a situation”, and was leaving because of all the trouble at home, but the Molds were certain that the beefy butcher was behind their daughter’s disappearance.

The next morning Leonard rushed to Fairford Grove.  He was there by nine thirty, and he tried to persuade Emily Elizabeth to go home as her mother was going raving mad.  To sugar the pill he promised her that this was not the end; he would visit a solicitor to see about getting rid of his wife; and he would keep Emily Elizabeth until he could make a proper home for them, perhaps renting a cottage in the country where she might live.  This seemed to have persuaded the girl, and she permitted him to “take liberties” until they left the house at three in the afternoon.  Leonard paid off the landlady, explaining that his cousin had been urgently summoned home. 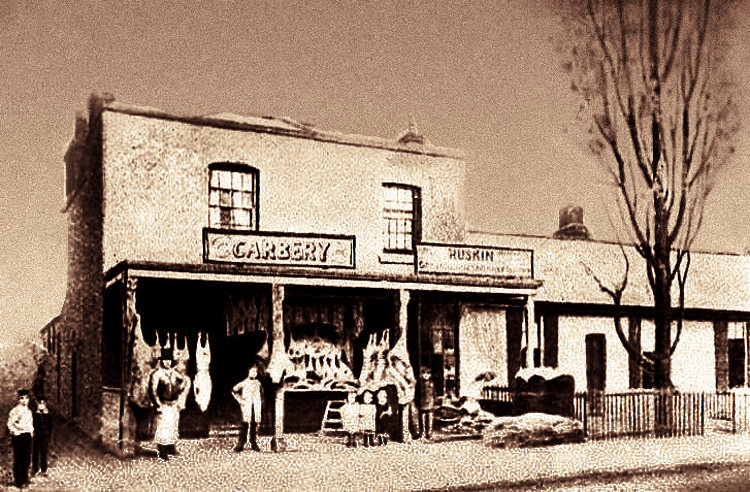 Photomechanical image depicting front elevation of shops with portions of meat displayed at the entrance to the butchers’ shop.  A man with a group of children stands in front of the shop and poses for the camera.  Carberry Road in Upper Norwood was named after the butcher, with an extra “r” slipping into the wording.  © London Picture Archive

Emily Elizabeth’s return did not placate her furious parents.  They had gone to the police, and on the following Tuesday evening Leonard was arrested at his home.  His response to the charge was to say: “Yes, I know I have done it and I am very sorry.  I wish I had not done it.”

After an initial hearing at the local police court Leonard was put on trial at the Old Bailey.  He was charged with abducting an unmarried girl under the age of sixteen out of the possession and against the will of her father.  His defence was that Emily Elizabeth had gone with him willingly: after all, she was above the age of consent, and she would be fifteen in July.  (Interestingly, the age of consent was raised to sixteen only a month later.)  This failed to cut the mustard with the jury: Leonard was much older, he was a married father, and he was obviously the one who instigated the seduction and rented the room.  He was found guilty, and sentenced to eighteen months hard labour in Wandsworth Prison.  Emily Elizabeth appears to have gone home to Walworth with her parents.

THE THIRD MRS CAMBRAY
But what happened next was not exactly what I expected.  On his release in January 1887 Leonard returned to Rodney Road to continue his business, but at some point in the preceding eighteen months his long-suffering wife Emma had disappeared from his life.  Possibly their marriage was declared void: there is no sign of a death certificate or a record of divorce. 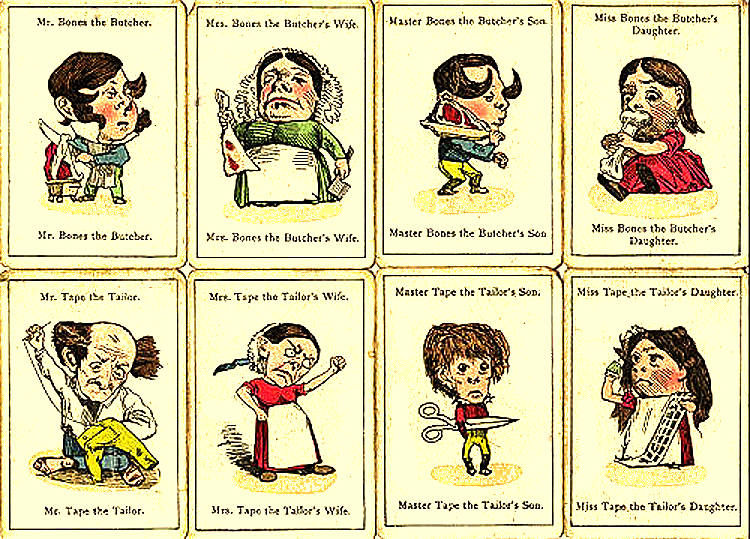 This made room for a third Mrs Cambray.  On the 18th of April 1887, at St Mary Newington, Leonard, who was now forty-six, married Emily Elizabeth, who declared on the marriage certificate that she was seventeen, although she would not actually reach that age for another three months.  It is noticeable that neither of her parents appears as a witness at the wedding.  In spite of this unpropitious beginning—and who knows if theirs really was a love match, or if Leonard was shamed into marrying the girl?—they remained married for all of thirty-one years.  In this time they gave Leonard’s four existing children many half-siblings.  Rosa was born in 1889, Emily Dora in 1890, Hilda in 1891, Ethel in 1892, Harold in 1897, Lilly in 1898, Albert in 1899, William in 1905, Gerald in 1907, Mary in 1910—and three others followed.

Clearly the scandal did not harm Leonard’s business, as the family remained in the Walworth area for ten years.  From there they moved to Dorset, before finally settling in Salisbury, where Leonard died in 1918.  He left Emily Elizabeth over a thousand pounds.

The ill-used Mold parents, who had perhaps found being the centre of neighbourhood gossip hard to bear, moved away from their only child to live in Streatham.  They opened a draper’s shop in Greyhound Lane, living there for nine years, at which point Henry died.  A year later Emily Mold remarried to become Mrs John William Tucker.  But it would appear that in spite of the family disagreement there was a reconciliation, and, by the time war broke out in 1939, mother and daughter were living together at 10 Grange Park Road in Thornton Heath.