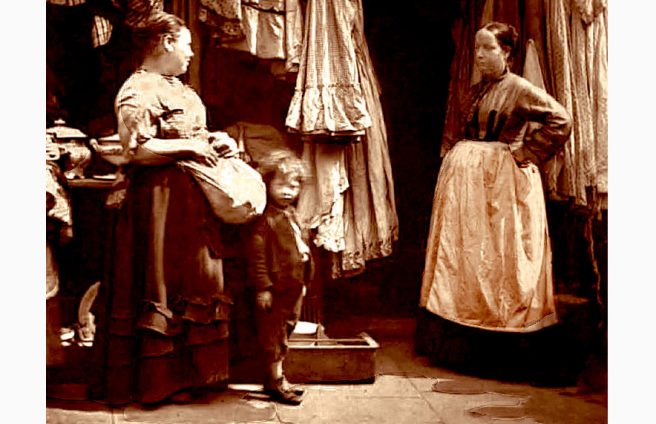 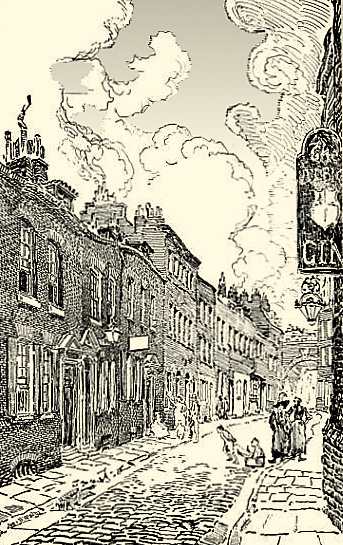 On the 25th of May 1866, which was a Friday, a young man by the name of Joseph Irons was walking along a street in Limehouse in the East End of London.  Suddenly, on seeing a small boy, John Spencer, he came to a halt.  He had noticed two things.  The first was that the little fellow, who was six years old, was clearly in some distress, and was crying.  The second was that he had neither shoes nor boots on his feet.  Irons guessed that the two were connected.  His heart melted, and stooping down he asked the boy what had happened.

If we have the right Joseph Irons, then he was in his early twenties, a working-class lad born in Stepney.  At the time of the incident he was living off the Commercial Road in Sidney Place, where his neighbours were tailors and drapers, butchers and grocers, and dealers in furniture, and paint, and furs.  There was also a maker of nautical instruments, a reminder that the history of the Commercial Road, which had been built to connect the docks to the city, was inextricably tied up with the life of the river.  In fact Irons was the son of a seafaring man, one of the bronzed-faced individuals who were to be seen, in the words of All The Year Round, at the “edge and final boundary” of the easternmost reaches of the city, where the whiff of tar spiced the air, and the faint clank of a windlass could often be heard. 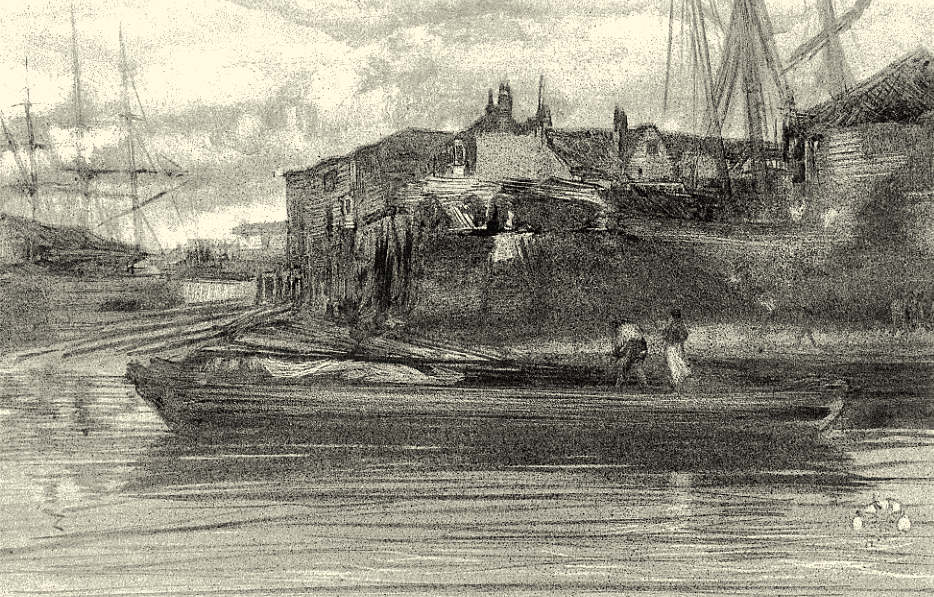 View of the river at Limehouse by James McNeill Whistler.  Lithotint dated 1878.

DOWN IN LIMEHOUSE
Limehouse exercised a strange fascination over the more sensitive minds of the nineteenth century.  Arthur Conan Doyle located the opium den in his story of the man with the twisted lip in a “a vile alley lurking behind the high wharves which line the north side of the river to the east of London Bridge”, and, when Oscar Wilde sent Dorian Gray to Limehouse in a hansom, there came to him from “far away in the darkness” the scream of “some wandering sea-gull”.  The skyline of masts and the jumble of jetties and riverside houses inspired artists as well, most notably James McNeill Whistler, but also Gustave Doré and Charles Napier Hemy. 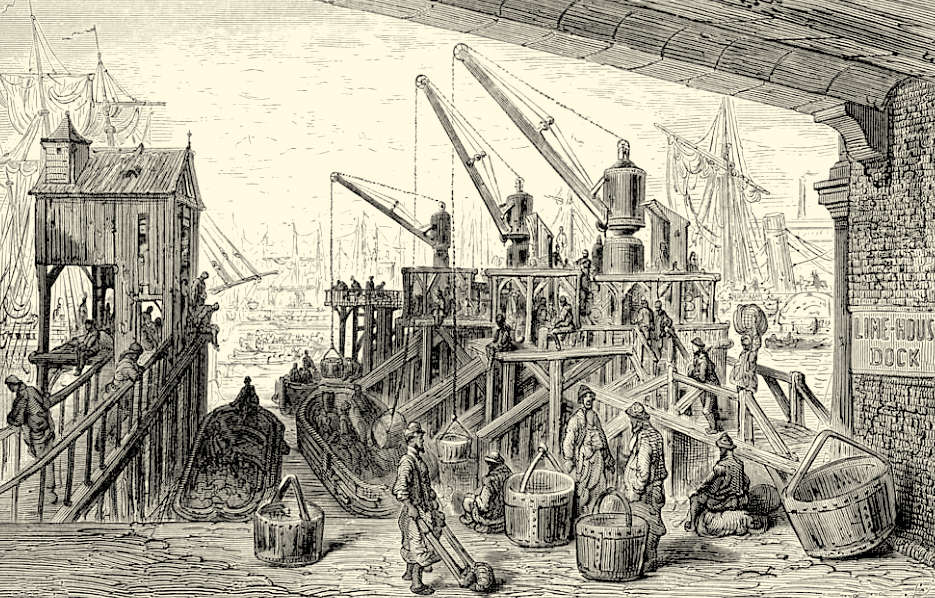 One of Whistler’s Limehouse series is a sketch of Captain Cuttle, the retired sea captain of Dombey and Son.  Dickens gives a wonderful impression of the merging of city and river in the vicinity of the old salt’s lodgings, which

began with the erection of flag staffs, as appurtenances to public-houses; then came slopsellers’  shops, with Guernsey shirts, sou’wester hats, and canvass pantaloons, at once the tightest and the loosest of their order, hanging up outside.  These were succeeded by anchor and chain-cable forges, where sledge hammers were dinging upon iron all day long.  Then came rows of houses, with little vane-surmounted masts uprearing themselves from among the scarlet beans.  Then, ditches.  Then, pollard willows.  Then, more ditches.  Then, unaccountable patches of dirty water, hardly to be descried, for the ships that covered them.  Then, the air was perfumed with chips; and all other trades were swallowed up in mast, oar, and block making, and boat building.  Then, the ground grew marshy and unsettled.  Then, there was nothing to be smelt but rum and sugar. 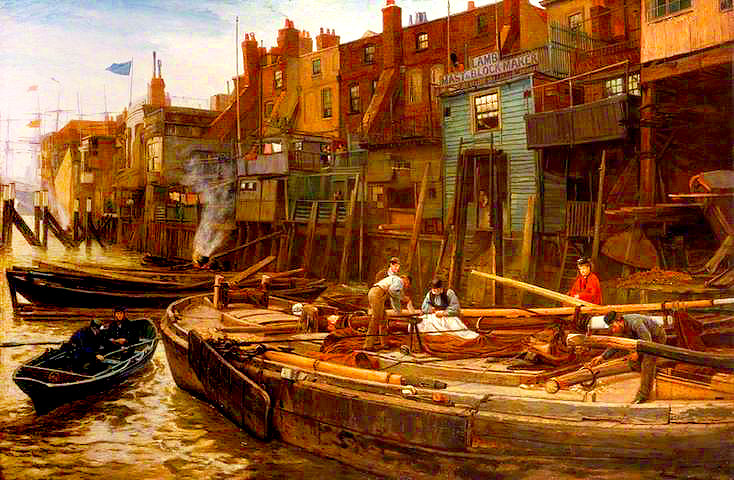 Limehouse also features in other works by the great novelist, as does the mingling of city and river.  “Vessels that seemed to have got ashore,” he wrote in Our Mutual Friend, “and houses that seemed to have got afloat”.  Not that this and other extraordinary images are merely fanciful, for Dickens really knew Limehouse.  The opium eater’s den in the opening chapter of The Mystery of Edwin Drood was based on a real dive, which Dickens came across while touring the less salubrious corners of the capital with his friend James Thomas Fields.  The American publisher was hugely impressed, and recalled that

in a miserable court at night we found a haggard old woman blowing at a kind of pipe made of an old ink-bottle.

One can only say that on his voyeuristic rambles through the heartlands of the East End he had in Dickens the perfect guide. 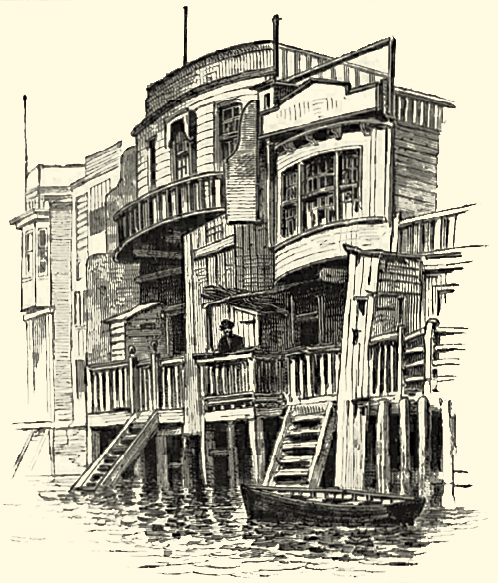 The Bunch of Grapes in Narrow Street.  Image in The Illustrated London News 26 February 1887.

ALONG NARROW STREET
Dickens’s familiarity with Limehouse dated back to his childhood.  His godfather, Christopher Huffam, lived in Church Row, which ran south off the Commercial Road.  He had been a rigger in the Royal Navy, and no doubt imparted to his godson a rich store of maritime impressions.  Many years later, when he was writing Our Mutual Friend, Dickens would be spotted by the locals, and The Six Jolly Fellowship-Porters is thought to be a fictional version of a real tavern, The Bunch of Grapes, which at the time of our story was run by the splendidly named John Topliff Kinipple at 36 Fore Street.  Indeed, it was at the western end of Fore Street, in Narrow Street, that Joseph Irons encountered the six-year-old John Spencer, barefoot and weeping, on that Friday in 1866.

Narrow Street, which, as the name suggests, was not very wide, ran parallel with and close to the river.  Much of the trade along its length was nautical.  There were sail makers and mast makers, as one would expect, and riggers and chandlers, as one would hope, but also bakers, of whom more than one were bakers of biscuits, and one was certainly a baker of ship’s biscuits.  The last of these businesses was owned by Messrs Parkinson and Salmon.  They were wholesale suppliers to the army and navy, and their premises, Phoenix Mills, housed assorted machinery and sacks and sacks of flour. 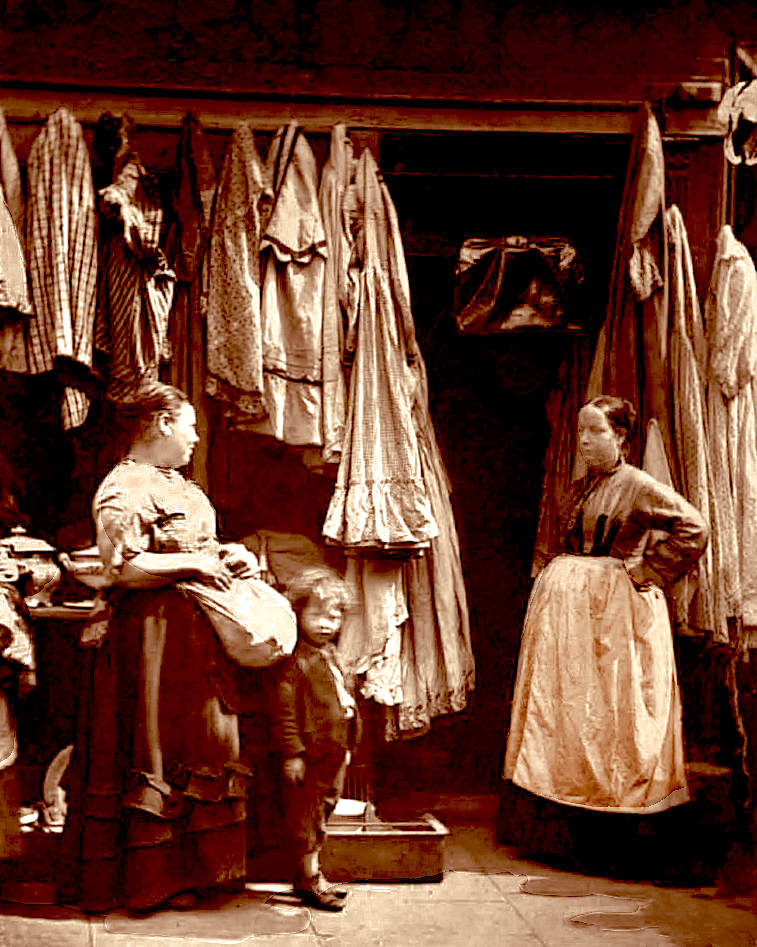 Photograph of two women and a small boy taken only about ten years after the time of our story.  The boy is much the same age as little John Spencer.  Image in John Thomson and Adolphe Smith Street Life in London (1877) between pages 42 and 43.

A PENNY FOR YOUR BOOTS!
Now, when Joseph Irons stood up, and looked along Narrow Street, he caught sight of a woman moving rapidly away from the scene.  Little John Spencer pointed in her direction.  Picking the boy up, and holding him in his arms, Irons gave chase.  He soon caught up with the woman, whose name, it turned out, was Elizabeth Brewer.  “What have you got there under your shawl?” Irons demanded.  He tugged the woman’s arm until she released whatever it was that she was hiding under her shawl.  And down on to the pavement fell the boy’s boots.

Spotting an officer of the law—Police Constable Hart of the Stepney Division—Irons handed Brewer over.  Hart led the prisoner off to the Thames Police Court, which stood north of the Commercial Road in Arbour Square.  Obviously she was up to no good, for Hart noticed that at some point on the journey she had taken out three pawn tickets, which she surreptitiously tore up, throwing the pieces down on the ground.

At the police court the constable’s suspicions were confirmed when Brewer confessed.  Seeing the little boy in Narrow Street she had called him over.  “Let me pull your boots off,” she had said,  “and I’ll give you a penny”.  When asked to explain her actions Brewer said that she had been hungry.  The workhouse in Poplar had turned her away: she must either steal or starve.

In due course Brewer was brought before John Paget, the Thames magistrate, to answer the charges made against her by the police.  She was forty-eight years old, and a sempstress.  She stated once again that she had taken John Spencer’s boots, which were worth two shillings and six, out of sheer necessity.  But the witnesses were having none of this.  “There is not a word of truth in it,“ declared Inspector Beare of the Stepney Division.  “The prisoner is an incorrigible thief.”

TWICE CAUGHT
The journalist Henry Mayhew knew all about this sort of crime—“child stripping”—and in his account of it in London Labour and the London Poor he included some disturbing details.  The thieves were typically older women, who would be less obviously threatening than men, and the lure would be either money, as used by Elizabeth Brewer, or sweets.  As a rule the crime was committed in the evening, when it was dark, and in the winter, when little children would be wearing hats and coats as well as boots and shoes—if they had them.  Brewer was unusual, though, in that she operated close to her home in North Street in Poplar, risking detection.

Mayhew reported that in 1860—only a few years before the Narrow Street incident—there were almost a hundred thefts from children.  He was shocked by the cynicism of the perpetrators.  As for Elizabeth Brewer, she was a repeat offender, as Inspector Beare claimed.  In 1865, for example, she had been found guilty of stealing boots, worth five shillings, from a girl by the name of Elizabeth Ann Wright.  She was sent to the House of Correction at Tothill Fields for nine months, and attacked John Spencer only weeks after her release. 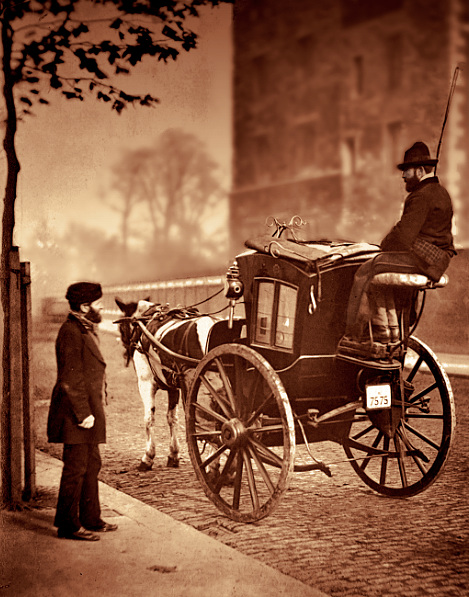 Photograph of a cabman.  Image in John Thomson and Adolphe Smith Street Life in London (1877) between pages 4 and 5.

Should we take into account the grinding poverty that afflicted those living on the very margins of society?  Paget thought not, and he sent Brewer back to Tothill Fields, this time for a full year.  And so ends her story.  What became of her is hard to determine: there were very many Elizabeth Brewers!  (And look out for the story of another Elizabeth Brewer that will be published on this website in the near future.)  For the same reason John Spencer cannot be reliably traced.  But Joseph Irons can.  He had various occupations—for many years he worked as a cabman—and he lived a long life.  He must have had his ups and downs, as at one point he spent time in the Bow Road workhouse.  He also had many children, and one must hope that he kept them supplied with sturdy boots and shoes.