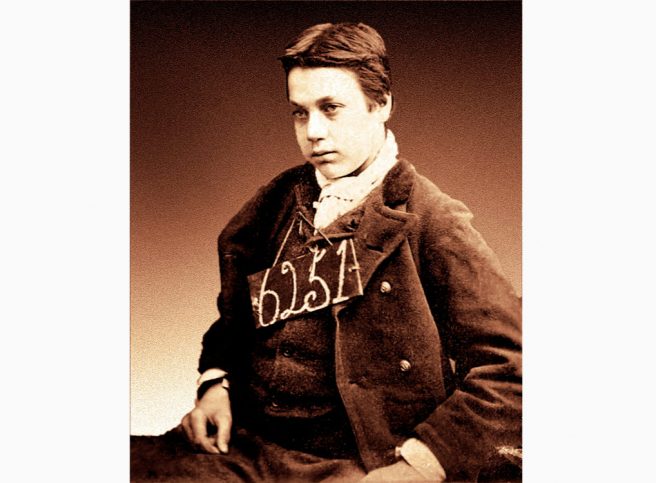 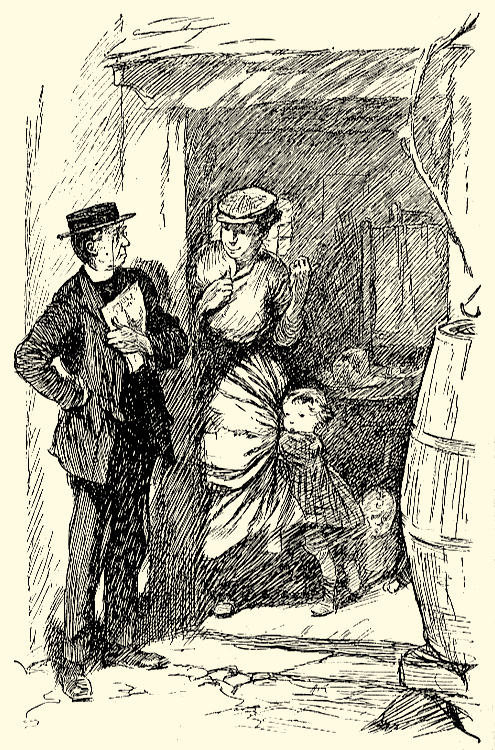 A vicar visiting one of his flock.  Wood engraving by Claude Allin Shepperson.  Credit: Wellcome Collection  CC BY

On Sunday the 24th of June in the year 1888 Amos Axell was busy performing his familiar routine before going home.  He was a builder in his mid thirties, but he was also the verger of All Saints Church in Kenley in what is now the London borough of Croydon.  He did a circuit of the vestry, checking that the communion plate and the chalice were in the safe, and that the vicar’s vestments had been returned to the cupboard in which they were stored when not in use.  He made sure that the communion wine was where it should be in the box that lived alongside the vestments.  Then he locked the door of the vestry, and walked out of the church.  He locked that door too, and having pocketed the key he went on his way.

Four days later on Thursday the 28th, at about half-past three in the afternoon, the vicar designate of All Saints let himself into the church, using his own key.  He was the Reverend Leonard Harding Squire, and, like Amos Axell, he was in his mid thirties.  He was going to conduct a routine service, and so he went into the vestry, again using his own key, to make the necessary preparations.  But when he opened the cupboard he was alarmed to find that the box containing the communion wine had been forced open, and that one bottle, which should have had at least some wine in it, had none.  Looking round the vestry he now noticed that the safe was open.  At the same time he realised that the communion plate was no longer there—the work, he surmised, of a thief. 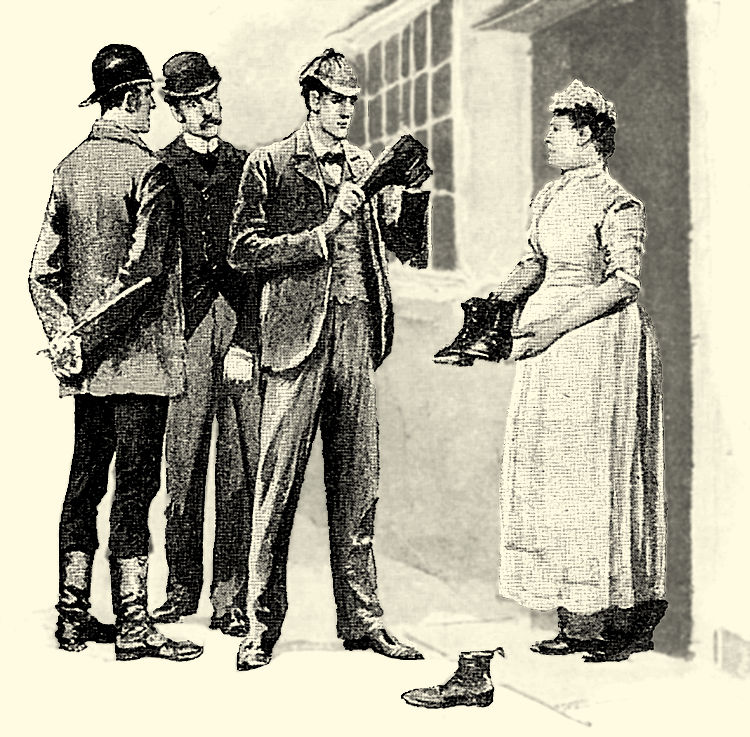 THE LOWEST POSSIBLE
The thief’s haul was impressive, for he had helped himself to the chalice, two silver plates, a flagon, seven trays, one brass ewer, and other assorted items.  But the depredations, which would set the church back twenty-five pounds, did not end there.  For a set of keys, which the Reverend Squire had carelessly left lying around the previous Sunday, had also been filched.  So too had a pair of boots.  They were wet-weather side spring boots of the finest quality, and Squire was very attached to them.  Very attached indeed.

In due course the incident was reported in local newspapers.  They were incensed, for the burglar who targeted a church crossed a line that separated ordinary crimes from acts of sacrilege.  The Croydon Advertiser took the view that

the man who robs a church and he who pilfers a grave are generally bracketed together as being about the lowest possible in the way of wickedness among the numerous classes whose moral feelings have not been so well developed as might be wished.

The Advertiser added that, even though the crimes of the graverobbers were a thing of the past, the spirit—the sacrilegious spirit—was not.  For proof of this sad state of affairs, one only had to look at what had happened in Kenley, when a thief had walked off with church property and with the vicar’s boots. 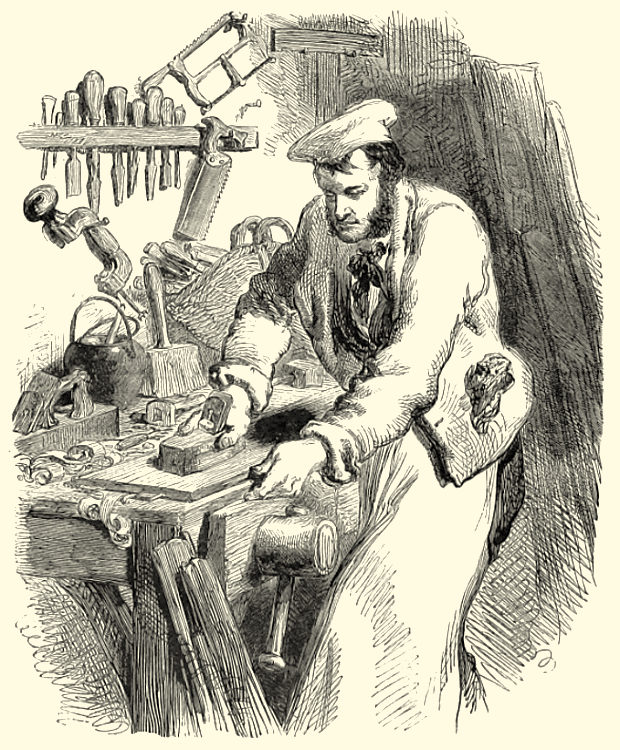 BUT I THOUGHT …
A few weeks later, in July, a man by the name of Sidney Hawkins was found to have been selling the loot from the All Saints robbery.  He was twenty-five years of age, a carpenter by trade, originally from Somerset and living at an address in Lower Kennington Lane.  However, his shady transactions only came to light when he was brought into the police station in Bethnal Green Road—a long way from Croydon—on suspicion of an unrelated crime.  The Bethnal Green police—in the person of Detective-Sergeant Gould—were definitely on a roll.

This second crime, which had been committed only days after the first, was breaking into and stealing from a warehouse.  The warehouse, which was owned by a cabinet maker by the name of Charles Halstrom, was in Shoreditch.  Hawkins and an associate, Michael Connor, who was about the same age, stole fourteen planes, thirty saws, and other tools.  In a curious reprise of the All Saints burglary, two coats were swiped along with the hardware, and it was one of these coats that landed Hawkins in the soup.  He had given it to another associate, Morgan Driscoll, who somehow contrived to be seen with it by the police.

Hawkins and Connor were hauled into the police court in Worship Street, where the magistrate, Henry Jeffreys Bushby, committed them for trial at the Old Bailey.  There, in September, Connor was cleared of breaking and entering and of theft.  Hawkins, though, was found guilty on both counts, and was sentenced to ten months with hard labour in Pentonville Prison.  He thought—thought—that the robbery in Kenley was being taken into consideration, and that he was doing time for both. 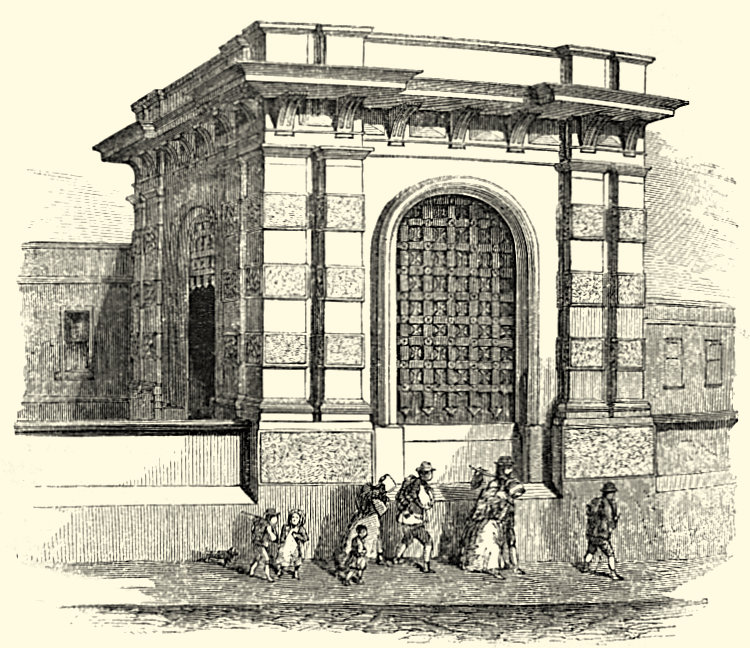 The main gate of Pentonville Prison.  Image in Henry Mayhew and John Binny The Criminal Prisons of London (1862) page 112.

THE FAMILIAR TAP
But he was wrong, and when he came out of Pentonville now a good deal leaner than when he went in, he had a nasty surprise.  For shortly after nine on the morning of Tuesday the 16th of July—the year now being 1889 not 1888—he was re-arrested just as he was stepping out from the prison into the Caledonian Road.  The Croydon Chronicle and East Surrey Advertiser described the incident with more than a hint of glee:

his term expired, his soul bounding with joy at the moment of being set free, friends outside anxiously awaiting him; hope again dashed by a familiar tap on the shoulder, how annihilating must have come the old formula, “You are wanted now for that other offence”.

The arrest in the Caledonian Road, which was made by Detective Sergeant Blight and Detective Sergeant Ward, stunned Hawkins.  He assumed that he had done his time for both burglaries.  But when Blight finally convinced him that the police had a solid case, he capitulated.  “I’ll tell you the truth,” he said graciously.  And his story, which was later repeated to the magistrates at the Croydon County Bench, went as follows. 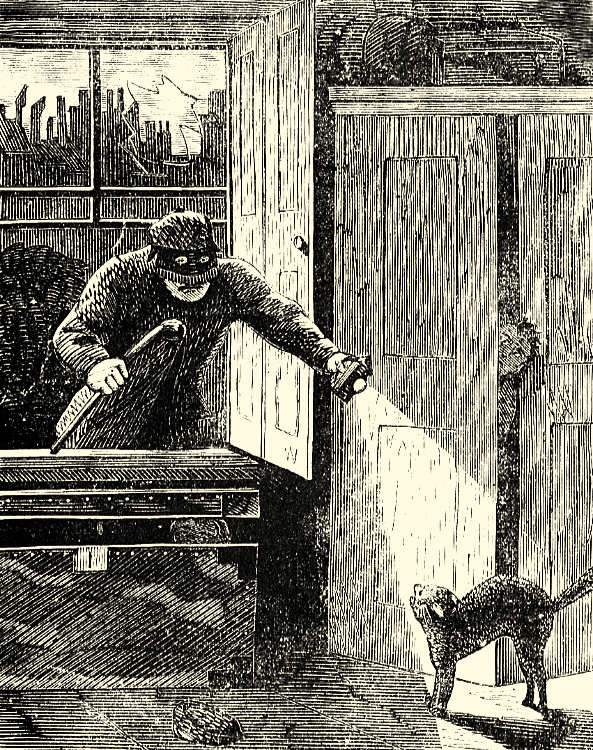 A Victorian burglar doing what burglars do best.  Image in The Wild Boys of London (1866) page 33.

On the day in question—Hawkins could not remember which day of the week it was—he saw that a window of the church had been left open.  Heavy rain was falling.  With the help of an accomplice, who was never identified, he climbed in through the window.  He then went into the vestry, where he noticed that the safe was open.  He emptied the contents of the safe into a bag, picked up a set of keys that happened to be lying around, and left the church by the front door.  The stolen plate fetched fifty shillings, and the silver was melted down.

A COMFORTABLE PAIR
There ended Hawkins’s account of the burglary.  It differed from Amos Axell’s in the detail of unlocked doors, and we must decide for ourselves which of the two men was lying.  If the vestry and the safe were indeed unlocked, then the neglectful verger might have been trying to cover his error.  We simply do not know.  But there still remains the matter of the vicar’s boots, which, as stated earlier, were pinched along with the church plate.

Well, Detective Sergeant Ward had something to say about the boots in his testimony.  And what he had to say was that Hawkins was actually wearing the boots when he walked out from Pentonville into the Caledonian Road, almost thirteen months after he had helped himself to them in the vestry of All Saints Church.  Ward became aware of this latest outrage when he was travelling with Hawkins in a carriage down to London Bridge in order to convey him by train to Croydon.  “You’ve got on the parson’s boots,” Ward pointed out to Hawkins.  “All right,” Hawkins replied, “I won’t deny it.  They are his, and a very comfortable pair they are too.”  Hawkins then moved on to a different topic, which was weighing on his mind.  “I was much disappointed at meeting you when I came out of prison after ten months,” he said.  “It seems very hard to be arrested again.” 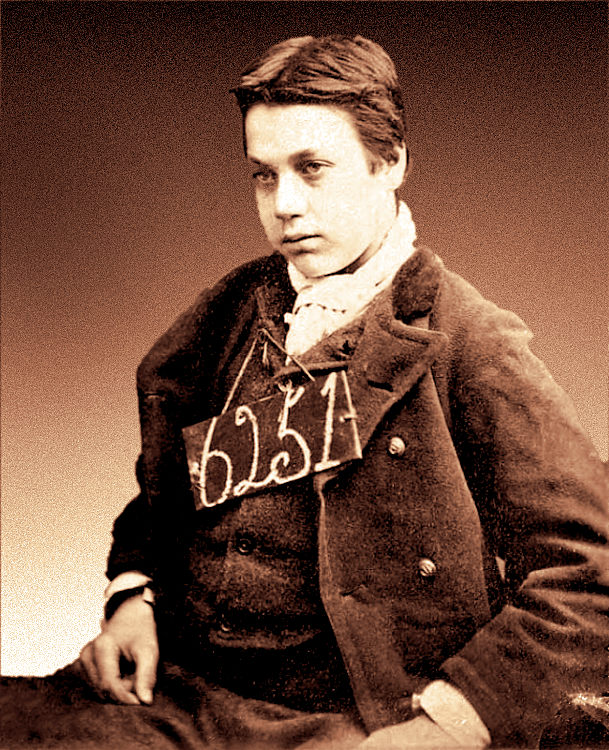 Sidney Fry at the tender age of fifteen following his first conviction.  Photograph in the Prison Commission Records for 1873.

As Sidney Fry, and still only a boy, he had convictions for stealing, shop-breaking and burglary, the last of which landed him in Pentonville for five years.  Then as Alexander Buonaparte, in his early to mid twenties, he had further convictions for stealing as well as church-breaking, as a result of which he spent time in a variety of prisons in the West Country.  He had a curious penchant for coats, and indeed his first conviction, for which he was rewarded by the Lambeth Police Court with three years at a reformatory school in Reigate, was for nicking just such an item of clothing. 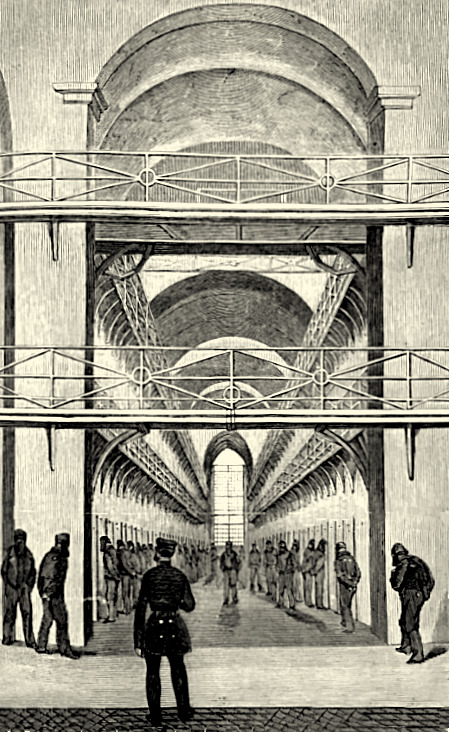 View of the interior of Wandsworth Prison.  Image in Henry Mayhew and John Binny The Criminal Prisons of London (1862) page 395.

We are fortunate that his prison commission records for this first offence have survived, and so we know that at the age of fifteen he was four feet ten inches tall, with dark brown hair, blue eyes and a fresh complexion.  We even have his photograph, and it is hard to see the habitual criminal in his oval face and soft features.  Others did, though, and at his court appearance for the All Saints burglary a reporter for the Sussex and Essex Free Press described him as “a man of respectable appearance”.

But his respectable appearance cut no ice with the Croydon magistrates, who remanded him for trial at the Old Bailey.  In November 1889 he was sentenced by the judge, Sir William Thomas Charley, to eighteen months with hard labour in Wandsworth Prison.  However, he did not change his ways, and, as Sidney or Patrick Fitzgerald, he received four more convictions for breaking and entering and theft, notching up a further twelve years in prison.  By the time he had served the last of his sentences he would have been in his mid forties, and what happened to him then is a bit of a mystery.  After all, it is very hard to track down a man who is known by at least five different names.  But however long his criminal career turned out to be in the end, it is unlikely that he improved on his bizarre appearance in the Caledonian Road wearing a vicar’s stolen boots.