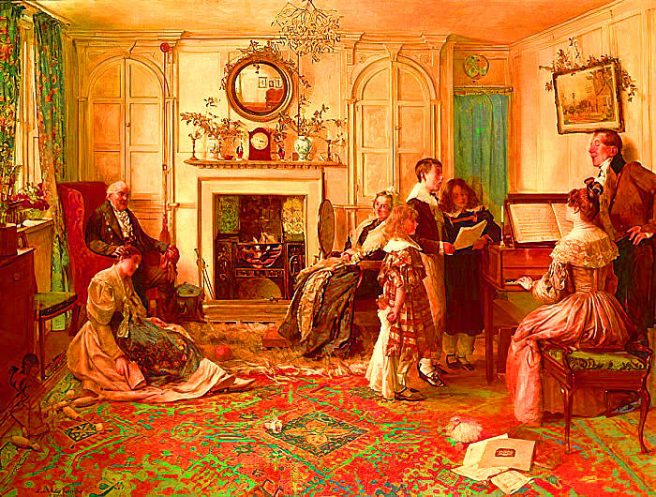 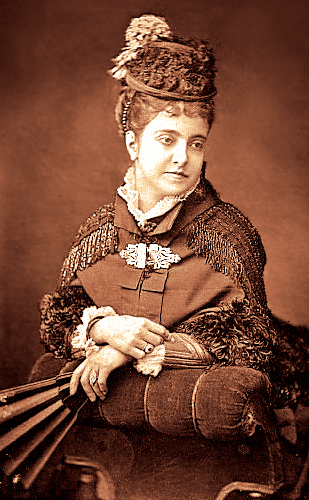 Photograph of Adelina Patti from a nineteenth-century carte de visit.

A cherished item in my library of music is a collection of original recordings made by Adelina Patti, who was one of the truly great sopranos.  Even with the benefit of modern sound engineering there is more hiss and crackle than one would normally be prepared to put up with.  However, no amount of extraneous noise can disguise the sweet and beautiful quality of Patti’s voice.  And in any case their very imperfections give the recordings real authenticity.

What makes this a London story?  Well, we will come to that in due course.  For the moment, though, we need to concentrate on Adelina Patti.  She lived from 1843 to 1919, which meant that her career was firmly within the romantic tradition that we readily associate with nineteenth-century opera.  She was greatly admired by Verdi—he thought she was a “stupendous artist”—and a singer could hardly hope for a more supportive testimonial.

Of these recordings one stands out as especially magical, and, if you are anticipating a Violetta or a Gilda, you may be in for a surprise.  For that very, very special song is “Home, Sweet Home”, the most famous melody that even flowed from the pen of the English composer Henry Rowley Bishop.  Patti made the recording in 1905 for the Gramophone Company, with Landon Ronald at the piano, and it has to be said that it is astonishingly beautiful.  (A second recording made in 1906 can be heard by clicking here.). I would imagine that the song is familiar to just about everyone, and for many of us it conjures quintessential images of domestic cosiness.  And there is an interesting story behind it, which is the subject of what now follows. 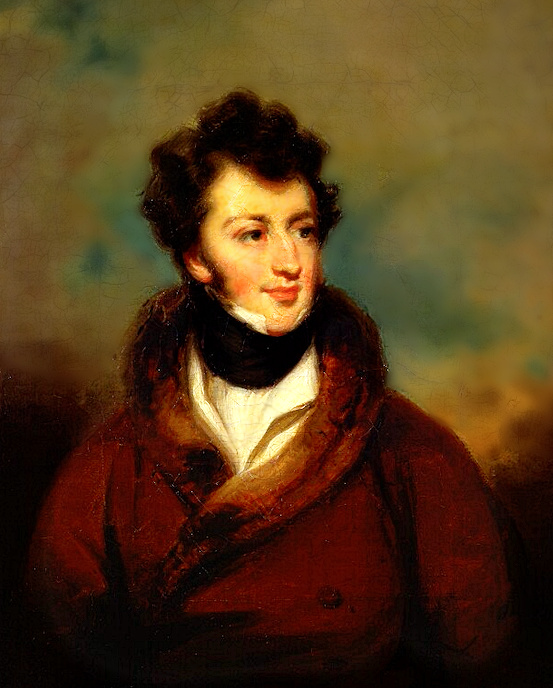 A STAR IS BORN
Henry Rowley Bishop was born in 1786 in Great Portland Street, which is where the London connection begins.  His father Samuel, who came originally from Shropshire, had at one time been a watchmaker, but the failure of his business compelled him to go into partnership with his brother-in-law, a haberdasher by the name of William Wigley.  Having received a basic education at a school in Soho Square, young Henry worked as a music seller in premises behind Charing Cross, and it was here that he published his first compositions.

When he was approaching his twenties Henry went to live in Newmarket in the home of the elderly Thomas Panton, a friend of the Bishop family.  Panton owned racehorses, and at one point had hoped that he could train Henry as a jockey.  In the event his scheme came to nothing, and Henry, who was not suited by nature to the rigours of the turf, returned to London to follow his star.  With the help of his teacher Francesco Bianchi, a fashionable composer from Cremona, he began to make a name for himself in the world of ballet and opera.

By the time Henry married in 1809—his first marriage was to a young singer called Elizabeth Sarah Lyon—he had already provided music for productions at Drury Lane.  He was twenty-three.  From that point on his compositions were heard in theatres all over London, and above all at Covent Garden, where he worked as director of music until he was in his late thirties.

A curious fact in connection with his first marriage is that Elizabeth Sarah Lyon may have been a cousin of the Amy Lyon who became Lady Hamilton.  Certainly Henry was a friend of Lady Hamilton, and he composed a pretty dance for Horatia, her daughter by Nelson, to mark her sixth birthday.  And it may be significant that he and Elizabeth christened their first child Henry Nelson Bishop. 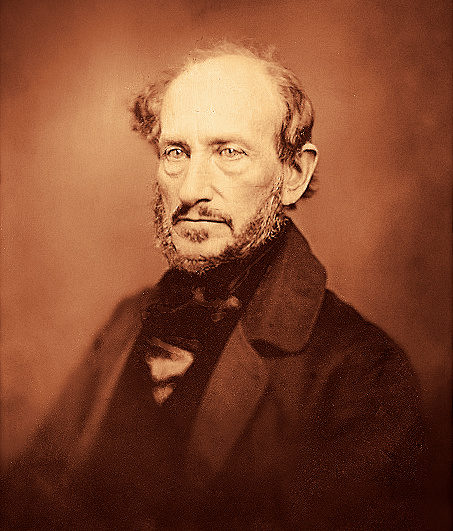 THE REMARKABLE MR PAYNE
Henry’s musical career—his considerable output, his help in founding the Royal Philharmonic Society, his unedifying squabble over salary with Covent Garden—is really material for some other piece.  Our interest is of course the origin of “Home, Sweet Home”, and to that story we will now turn.  But in order to make sense of it we need to look first at a key player, an American dramatist and actor by the name of John Howard Payne.

By any standard Payne was a remarkable man.  In his youth his talent as an actor had brought him into conflict with his father, a New York schoolmaster, and in his early twenties he came to London.  He had already won quite a reputation at home—he was the first American to play Hamlet—and performances at Drury Lane and Covent Garden brought him new recognition.  He briefly managed Sadler’s Wells, which he did badly, and he flitted between London and Paris at the bidding of a bohemian nature.  Eventually he returned to America, but not before falling in love, fruitlessly, with the widowed Mary Shelley.  His adventures did not end there, for at various times he was living with the Cherokees of Georgia, whose cause he was hoping to champion, and serving as consul in Tunis, where he died in 1852 at the age of sixty.

But the year we are concerned with is 1822.  Payne was living in Paris, translating French plays and selling his translations to theatres in England, where he had a number of connections.  A drama he was particularly interested in was a ballet-pantomime Clari, ou la promesse de mariage, which had been performed at the Théâtre de l’Académie Royale de Musique in 1820.  He adapted the story for the English stage, and sent it to Watkins Burroughs, the manager of the Surrey Theatre, and in doing so he set in train a series of events that would lead ultimately to the birth one of the most enduringly popular songs ever written. 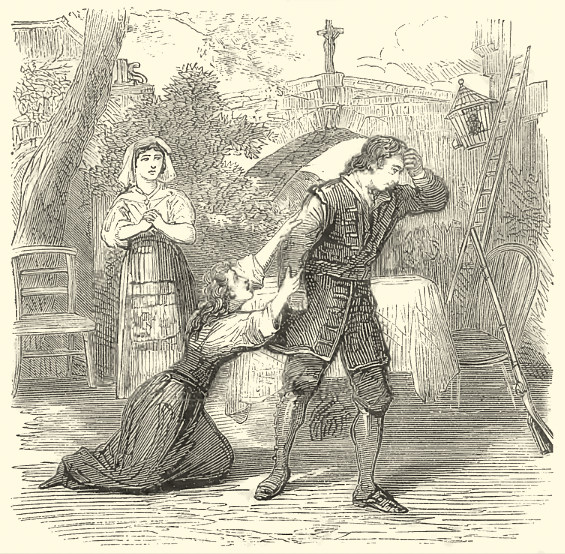 Frontispiece of the published script of Payne’s Clari; or, The Maid of Milan.

SIMPLE AND SWEET
What made this possible was a friendship that had started in London and continued in Paris when Bishop travelled to the continent in the summer of 1822.  In August the two men went to see Clari together.  Bishop was intrigued.  “The music is excellent,” he wrote in his diary, “and the piece was remarkably well acted.”

Bishop now arranged with Charles Kemble, the manager of Covent Garden, to commission a reworking of the piece that Payne had sent to Burroughs.  Although it had done well at the Surrey Theatre, where it had been brought out as Angioletta, Burroughs agreed to the proposal.  The result was an opera in three acts—full title Clari; or, The Maid of Milan—with libretto by Payne and music by Bishop.  The action centred around the seduction of Clari, a young peasant girl, by Duke Vivaldi, an Italian nobleman.  When it was first performed at Covent Garden, on the 8th of May 1823, the Times reviewer wondered a bit about the storyline, but even so the opera did well, and it stayed in London for many years.

The original Clari was Anna Maria Tree, and when with her very first utterance in Act 1 Scene 1 she pined for her native village, the song she sang made musical history.  I need quote only the first few words—“’Mid pleasures and palaces, though we may roam, / Be it ever so humble, there’s no place like home”—because we all know how the rest goes.  Three days later, on the 11th of May, a theatre critic wrote in Bell’s Weekly Messenger that the song was deserving of the greatest praise, for

it is simple and sweet, and expresses that longing, lingering tenderness, and regret, with which the heart, in sorrow, in difficulties, and even in long absence from the family-hearth, reverts to the scenes of all its best affections, and flies, as the wearied dove, to its resting-place.

These days a critic might avoid the dove metaphor, but one cannot deny that the unaffected beauty of Bishop’s melody has been fittingly described.  And when at the start of the third line it soars up so unforgettably, well, maybe metaphors are called for after all. 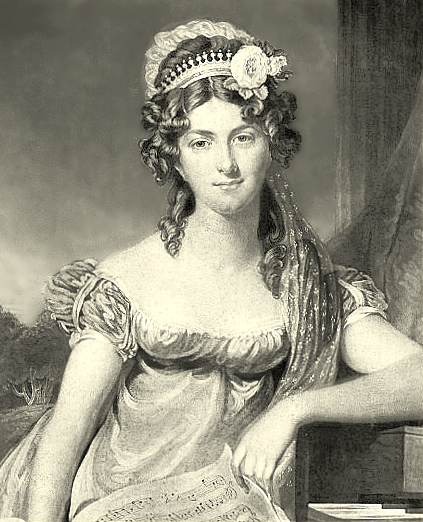 A SENTIMENTAL SONG
Although it was indeed Miss Tree who gave the world the first performance of “Home, Sweet Home”, the melody had come to Bishop some time before 1823.  And when he wrote it, in about 1821, he did not have his eye on anything as ambitious as an opera.  The story goes as follows.

In the late 1780s a George Goulding established a firm of music publishers and musical instrument makers.  One of his publications was a collection of “melodies of various nations” with arrangements by Bishop.   Wanting to include a Sicilian song, and not knowing where to look, Bishop invented one, and it is not hard to recognise in it an anticipation of “Home, Sweet Home”.  In due course he gave his “Sicilian” song, only slightly rewritten, to the sentimental peasant girl in Payne’s opera, and the rest, as they say, is history.  Bishop, incidentally, did in the end admit that his “national melody” was a fake!

I suppose the subterfuge hardly matters now, for the song is more evocative of Victorian drawing-rooms and parlours than the backstreets of Palermo.  And it really has been an extraordinary success, cropping up in one form or another almost before the applause for the talented Miss Tree died away on that fateful occasion in the spring of 1823.  Other composers—Donizetti to name but one—quoted it.  So too, very much later, did filmmakers. 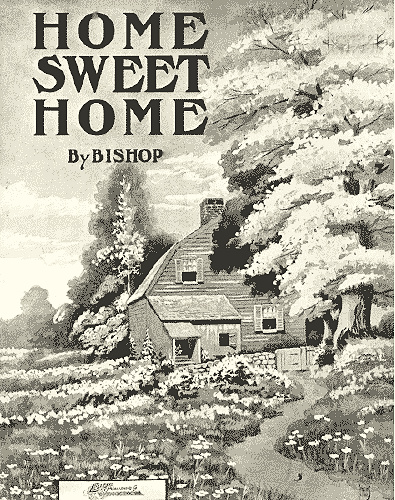 TOUCHING THEIR HEARTS
Perhaps the most poignant episode in the afterlife of Bishop’s song followed its enormous popularity in America at the time of the Civil War.  One evening in December 1862, a few weeks after the grim Battle of Fredericksburg, the two armies were camped in Virginia on opposite sides of the Rappahannock River.  As darkness fell the Union regimental musicians struck up the stirring melody, and, as its pacific notes floated across the water, the Confederates began to play in concert.  Frank Mixson, a young soldier who later published his reminiscences of the terrible conflict, remembered seeing

old weather-beaten men, naked, barefooted, hungry, dirty and worn out, with tears streaming down their cheeks; men who were not afraid to leave their homes, their wives, their families, their all; but men with hearts, who could not restrain the tears when it was so vividly brought to them.  Their hearts were touched then, but they were yet men who were willing to do or die.

In a sad footnote to the anecdote, it is worth recording that in the same month of the same year the Union army banned the song, along with “Auld Lang Syne”.  At a time when desertion was rife, they were thought to be bad for morale.

Bishop’s own career culminated with a knighthood, bestowed on him by a young Queen Victoria in 1842.  Not everyone was impressed, and the actor William Charles Macready, a friend and correspondent of Charles Dickens, wrote a rather ungracious comment in his diary.  He thought of Bishop as a “mere idealess administerer to the pleasures of a sense” who was hardly deserving of the honour.  Oh well.  Queen Victoria certainly liked his music.  She particularly liked “Home, Sweet Home”, and it is even said that Bishop owed his knighthood to the melody that had been sung and hummed and whistled up and down the land for the previous two decades.  Now what would Macready have made of that?

A Phoenix at Eventide, or, The Story of William Henry Monk