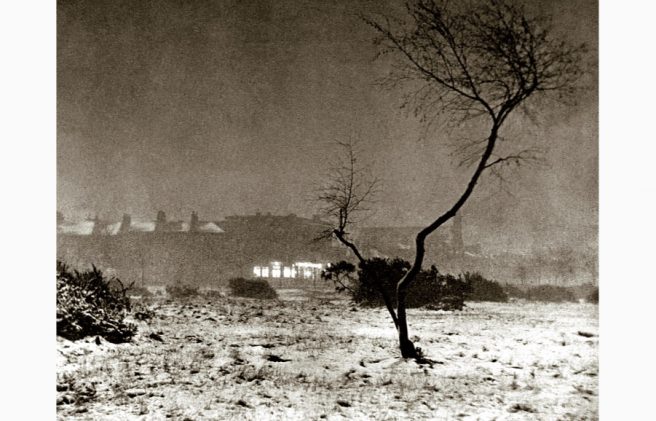 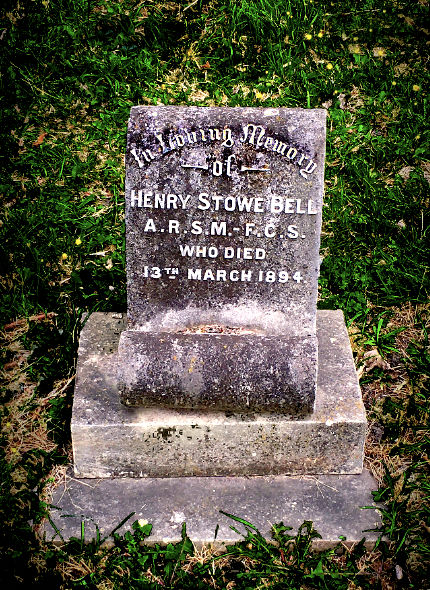 There is a gravestone in the Wandsworth Cemetery that is all too easily overlooked.  The inscription is a simple record of essential details.  The name is Henry Stowe Bell.  The date of death is the 13th of March 1894.  Other than the letters “A. R. S. M” and “F. C. S.” there are no biographical details.  Other than a conventional “In Loving Memory” there are no tender epithets.  The stone has no flourishes carved into it, no ornamental embellishments.

Of course, there is a story here, as there always is.  But it is a sad story—affecting, shocking, and in the end confusing and unresolved.  In its simplest form it is the story of a man who rose to great heights, and then fell without warning, and with calamitous consequences.  A life was turned upside down, leaving questions, unanswered and maybe unanswerable, of innocence and guilt.

The London Orphan Asylum in Clapton.  Image by Thomas Hosmer Shepherd in James Elmes Metropolitan Improvements; or, London in the Nineteenth Century (1827) 309.

GETTING ON
Henry Stowe Bell was born in Hastings on the Sussex coast in 1840.  His father, Isaac Bell, was a draper.  His mother, Louisa Bell, died at the time of or soon after his birth.  He had three older sisters and an older brother, and he acquired a number of younger siblings as a result of his father’s marriage to Harriet Laurence.  Isaac died in 1852 when he was in his mid fifties.  Harriet was twenty years younger, but she died five years later in 1857.

Life now led the Bell children in very different directions.  Two of the youngest were sent to board with James Winborn, an elderly parish clerk who lived with his wife, Charlotte, in the Sussex village of Ninfield.  But some, and maybe all, of the other children removed to London, possibly with the help of a family connection.  We know that one of the older girls found employment as a governess, while the youngest was accepted at the London Orphan Asylum, a charitable boarding school for children “descending from respectable parents” in Clapton in East London.  Meanwhile Henry’s older brother, whose name was Joseph, worked in a lace maker’s warehouse in Mayfair. 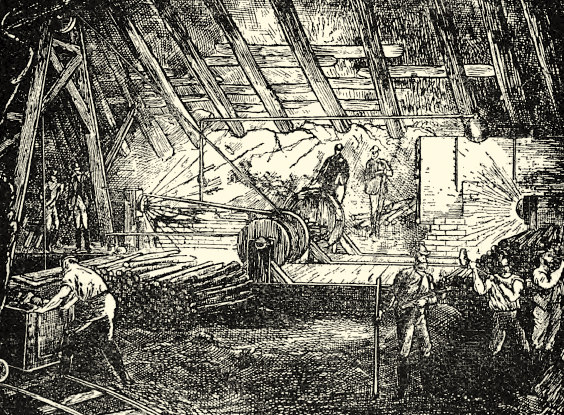 Working in a silver mine in Colorado.  Image in Frank Fossett Colorado: Its Gold and Silver Mines, Farms and Stock Ranges, and Health and Pleasure Resorts (1880) 216.

Joseph Bell was clearly an enterprising young man, for at about this time, when he was in his early twenties, he enrolled at the Royal College of Chemistry, where he studied under the distinguished German chemist August Wilhelm von Hofmann.  He flourished, sitting for the Associateship of the Royal School of Mines in 1865, and going on to practise professionally as a chemical analyst, a field in which he won great distinction.  Henry Stowe Bell would also study at the School of Mines, but not before he had crossed the Atlantic to America, where in Colorado he gained remarkable practical experience of a very unusual kind.

THERE AND BACK
What took the young Bell to Colorado is a mystery.  However, we know that he was employed in some capacity in the silver mining industry, which began to emerge in the mid 1860s.  He must have shown great aptitude for the work, for he received a written testimonial in which his success in dealing with “very troublesome ores” was acknowledged.  On his return to England he studied chemistry and metallurgy at the Royal School of Mines from 1870 to 1873, following which, at the age of about thirty-four, he went out as assistant to the geologist and mining engineer David Thomas Ansted at the Ergasteria mining works at Laurium in Greece.

Laurium, to the south east of Athens, had been mined for silver in the classical period, and for copper and lead even before then, but all operations had ceased by the end of the 1st century BC.  However, in 1864 mining had recommenced, and in 1874 Ansted was appointed to direct the works of the Laurium Metallurgical Company.  He was impressed with Bell’s energy, and his high opinion of him was evidently shared by others, for in 1874 his assistant was appointed Vice-Consul at Piraeus, an unpaid office he discharged until the following year, when he resigned.  The reason for his resignation would appear to be that the Company was being too heavily taxed by the Greek government to ensure the profitability of the enterprise.  His work as a metallurgist at Laurium came to an end, as indeed did that of Ansted.

In 1876, back in England, Bell married Marianne Jane Carrick, who hailed from Ayr in Scotland, and was some twenty years younger than her husband.  The early years of marriage were not without sadness, for the couple’s first child, Gladwyn Stuart Bell, died in 1881 at the age of seventeen months.  But they went on to have two more children, Roland Stanley Bell and Emily Cyrena Bell, who were born in 1882 and 1894.  And, as we shall see, their daughter’s birth came only weeks after the dark clouds of tragedy had descended upon them. 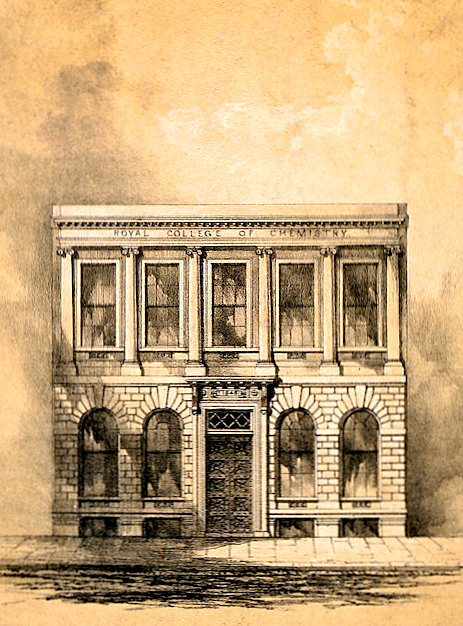 The laboratories of the Royal College of Chemistry in Oxford Street.  Lithograph dated 1846.

RIDING HIGH
At the time of the first two of these births the Bells were living in Sheffield.  By now Bell was not only an Associate of the Royal School of Mines but also a Fellow of the Chemical Society―hence the A.R.S.M and F.C.S on his headstone in the Wandsworth Cemetery—and he was an acknowledged practitioner of chemical analysis.  A remarkable example of his professional clout occurred late in 1880, when he was called as expert witness in the examination of Mary Annie Wilmot at the Sheffield Police Court.  Wilmot, a nurse in her late twenties, was charged with attempting to murder Eliza Booth, the wife of a local surgeon, in order to steal clothes and jewels from her.  The circumstances were distressing.  In October, in the space of eight days, both the son and the daughter of the Booths fell ill and died, and not long after Eliza Booth also became unwell, with symptoms that strongly indicated that she had been poisoned.  Suspicion fell on Wilmot, who, sent from the Sheffield Nurses’ Home, had stayed with the surgeon and his family throughout the time of the three illnesses.

Unlike her unfortunate children, Eliza Booth survived.  Her stomach had been pumped, and when Bell was engaged to analyse the contents of the vomit he discovered that morphia was present.  He also carried out tests on the bodies of the two children, which had to be exhumed, but he found no evidence that they had died as a result of poisoning.  When the case came before the Leeds Assizes early in 1881, Wilmot was found guilty of administering morphia to Eliza Booth but cleared of the charge of murder, as there was insufficient evidence to establish criminal intent. 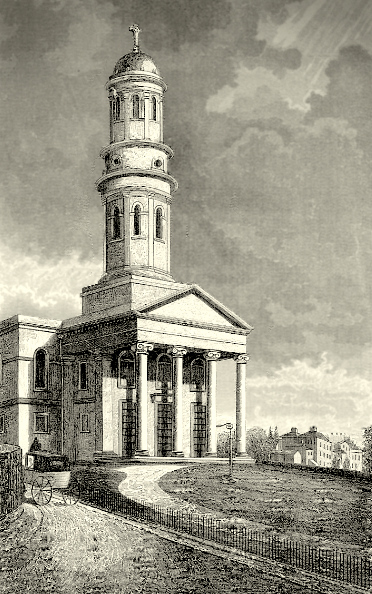 As will become clear later, Bell’s discovery of the morphia was grimly prophetic.  But at the time of the trial his reputation was riding high, and there is no discernible suggestion of the troubles that lay ahead.  In 1878 he had taken over the Sheffield practice of William Baker, a prominent analytical and consulting chemist who had died at a young age in a tragic accident, falling thirty feet from a balustrade.  But by 1883 he was renting out the family house in Sharrow—where Gladwyn Stuart had died and Roland Stanley had been born—before moving back down to London.

THE EDIFICE TUMBLES
The Bells settled at 2 St Ann’s Park Villas in the Earlsfield area of Wandsworth.  And it was here, in 1894, that the edifice of professional success and social respectability came tumbling down.  For one day a young housemaid, whose name was Mary Hill, appeared at the South Western Police Court on Lavender Hill, where she applied to the magistrate for a warrant for the arrest of Henry Stowe Bell, her master, who, she alleged, had assaulted her.

The magistrate, George Lewis Denman, for reasons that are not clear, chose not to issue the warrant.  However, Bell was aware of Mary Hill’s allegation, and, greatly perturbed, and fearful of the likely consequences, he decided to take drastic action.  But first he wrote a letter with an account of his predicament, which he sent to his mother-in-law, Elizabeth Carrick, who at the time was residing in Clapham.  His wife was staying at the same address as her mother.  Later reports said that she was unwell, and we know that she was pregnant with her third child. 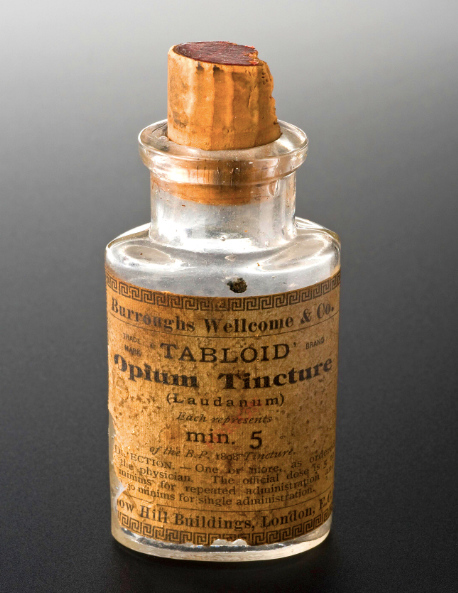 Mrs Carrick, alarmed by what she had read in the letter, immediately set off for Earlsfield.  But when she arrived at St Ann’s Park Villas she found that she could not gain access to no. 2.  There did not seem to be anyone to let her in.  She went for help, and a police constable by the name of Court climbed into the house through a window.  Court found Bell in his bedroom, slumped on the floor, and insensible.  All the taps to the lamp brackets had been turned on, and the room was full of gas.

Bell died in the Wandsworth Infirmary on St John’s Hill.  In a grotesquely distorted re-enactment of the Sheffield poisoning case, a post mortem examination of the body was carried out by a local doctor, Alfred Reuben Aubrey, who found that morphia had been ingested.  There was an inquest, and death was attributed to the combined effects of the poison and the gas.  The jury concluded that Bell had suffered a bout of mental derangement—“temporary insanity”—as a result of which he had committed suicide.  In a final twist Mary Hill was examined by Dr Aubrey for evidence of assault, and, when he claimed at the inquest that he had found no traces of violence, the jury decided that the allegation made against Bell was a fabrication.  The housemaid was officially reprimanded—censured, as the newspapers put it—and the matter was dropped. 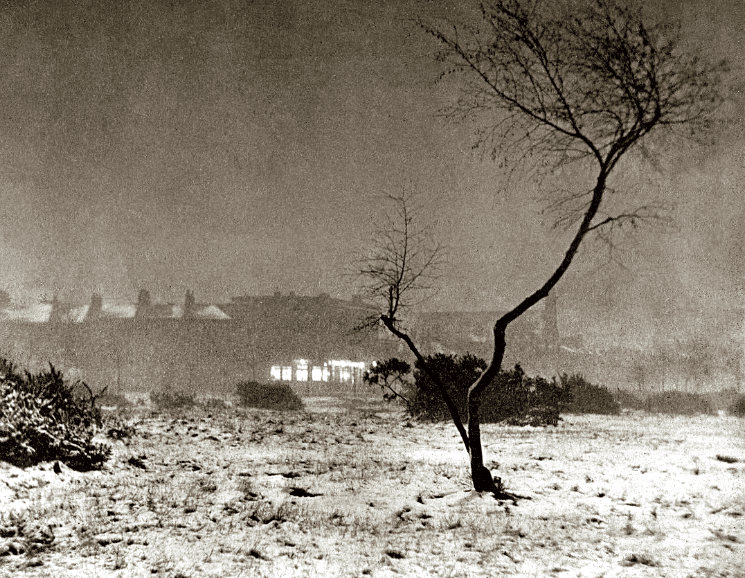 BETWEEN THE LINES
We finish where we began, with Bell’s gravestone in the Wandsworth Cemetery.  We have discovered much about his life, yet so little about his death.  Did he assault Mary Hill?  Maybe he did.  And if so, did he commit suicide only to escape justice, and the inevitable disgrace, or was he overcome with remorse?  Then again, maybe Mary Hill lied. And if so, why?

In the absence of further evidence there can be no answers to these questions.  We can speculate, suggest motives, argue it this way and that.  But we can do no more.  Perhaps, in the end, it is better that way.

The Strange Story of Walter Stephen Thompson: Part One