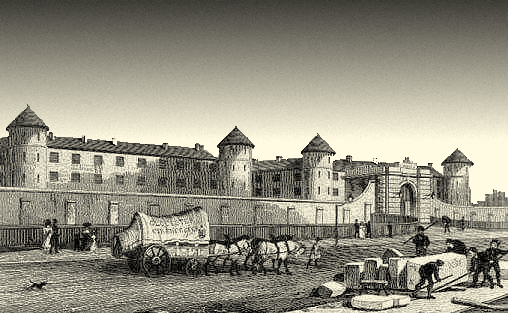 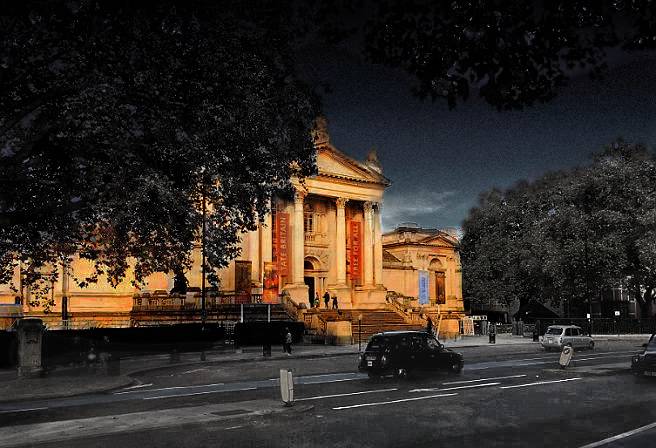 Millbank Prison was originally constructed as the National Penitentiary, and for part of its history it served as a holding facility for convicted prisoners before they were transported to Australia.  Now Tate Britain stands there. 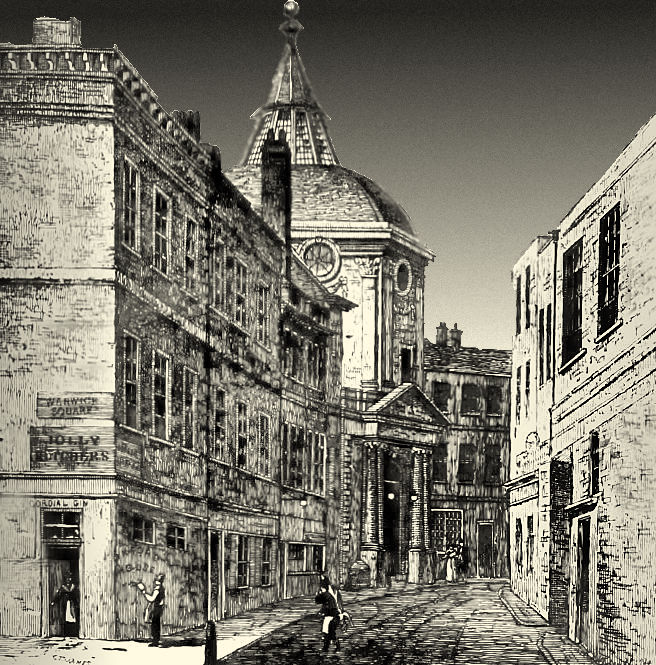 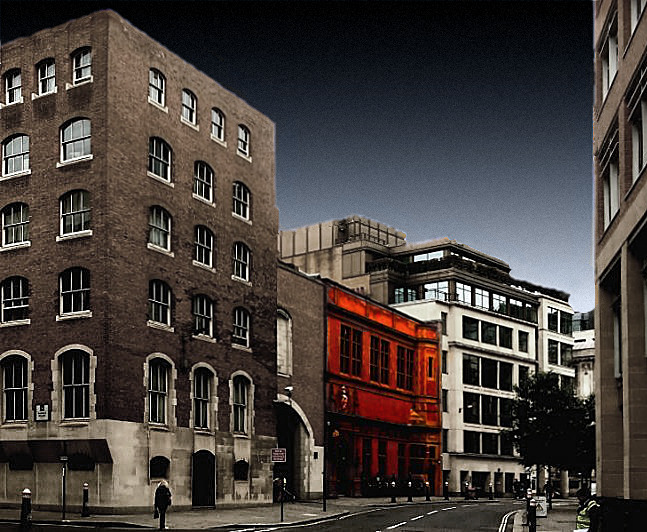 There was a time when the Royal College of Physicians stood in Warwick Lane, not far from the Central Criminal Court at Old Bailey.  But since 1888 the site has been home to the Worshipful Company of Cutlers. 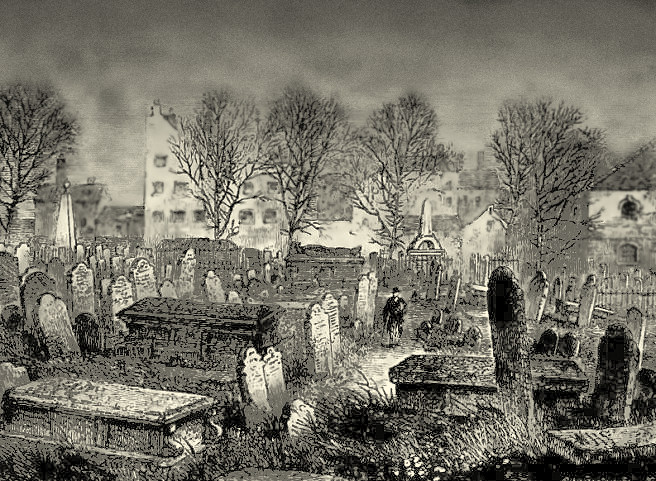 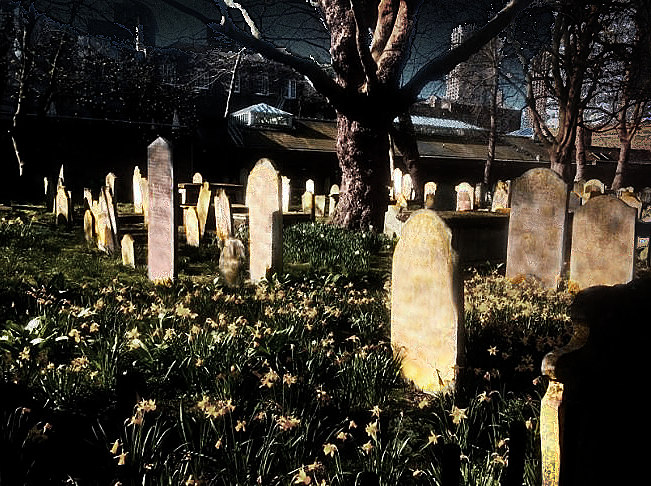 Bunhill Fields Burial Ground in Islington is the last resting place of 120,000 individuals, among them Daniel Defoe and William Blake.  Now surrounded by modern buildings, it is still a haven of timeless tranquillity. 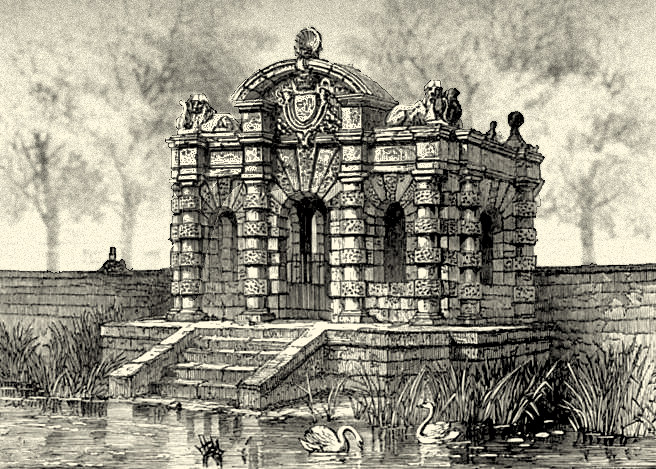 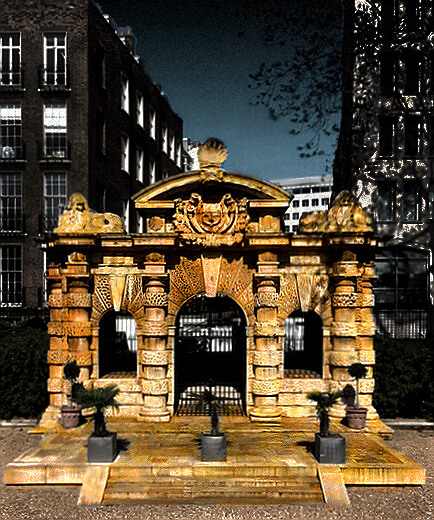 The York Watergate in Victoria Embankment Gardens.  Originally the watergate from York House on to the river, this sumptuously Italianate structure was built by George Villiers, who was the first Duke of Buckingham, and favourite of James I. 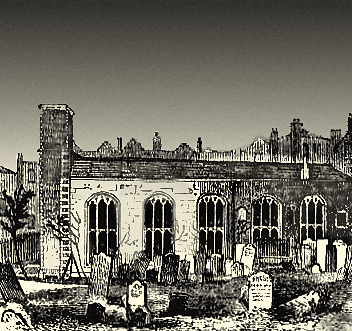 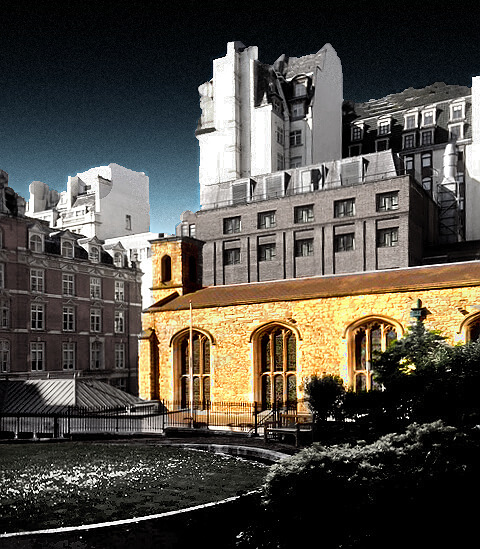 The Savoy Hospital for the poor was founded by Henry VII.  The chapel dedicated to John the Baptist is the only part that survives. 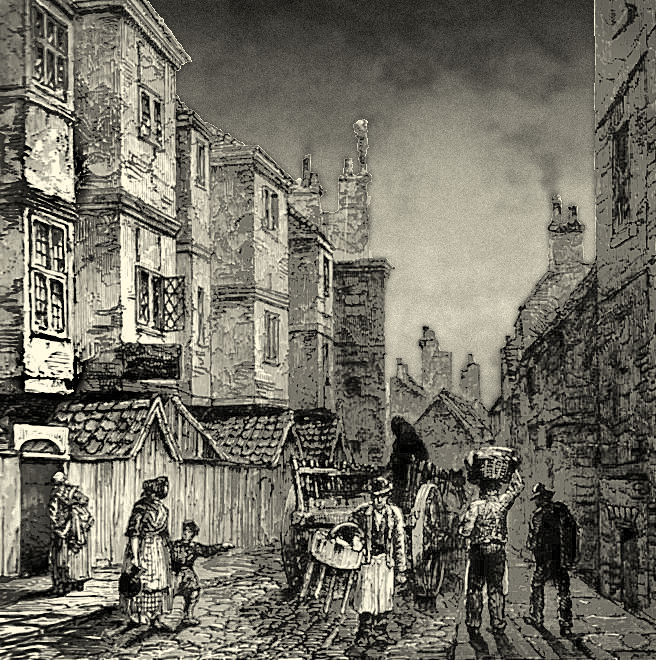 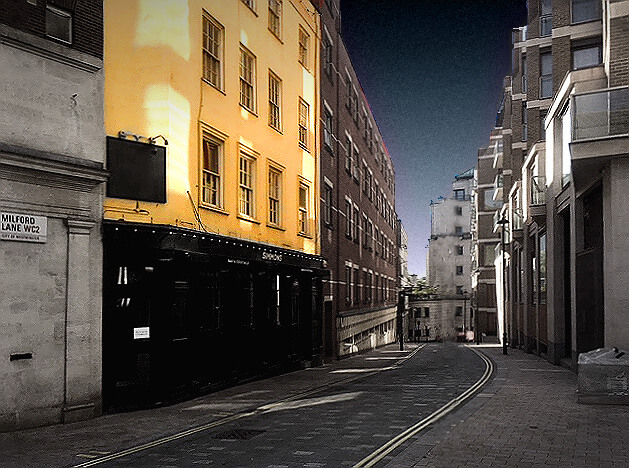 Two views of Milford Lane, which runs south from Strand down towards the river.  In the seventeenth century it was known as a place of refuge for debtors anxious to escape the public gaze.

The watergate of Old Essex House, which belonged to Robert, Earl of Essex, favourite of Elizabeth I.  Damaged by bombing in World War II. 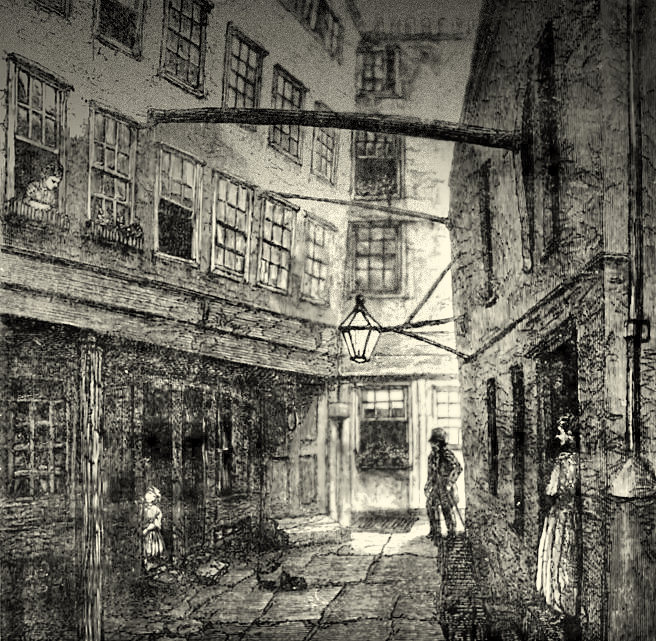 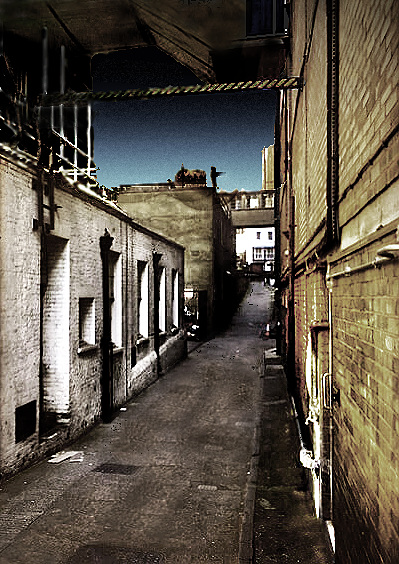 Two views of Strand Lane, which led right down to the waterfront before the building of the Victoria Embankment.  The first view shows old tenements called Golden Buildings.  Old and new look remarkably similar! 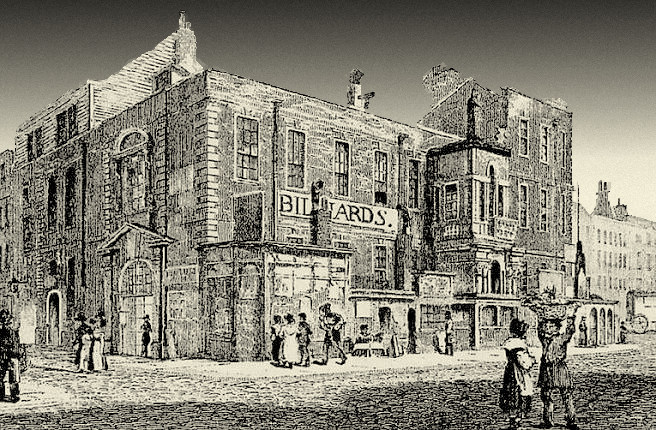 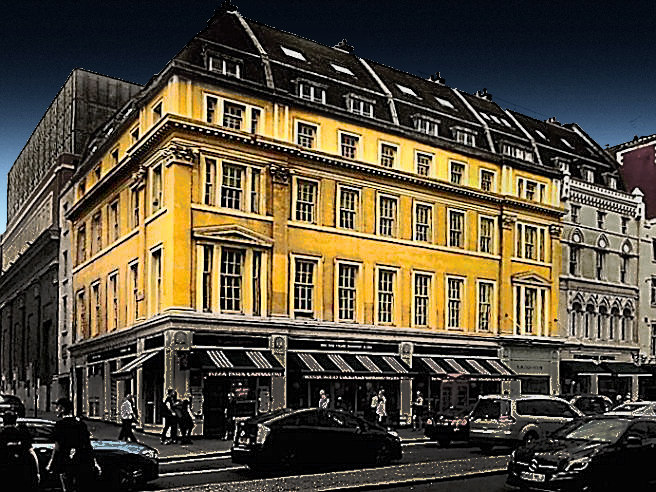 Exeter Change in the Strand was a Georgian phenomenon.  At street level a jumble of shops and stalls extended along the pavement, but the upper two floors housed a remarkable mengerie.  An elephant by the name of Chuny lived and died there. 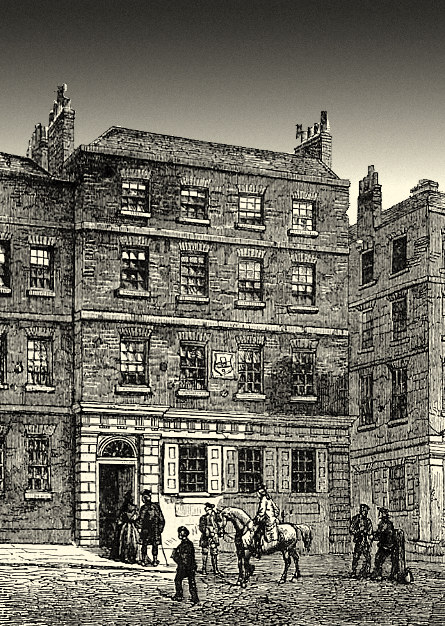 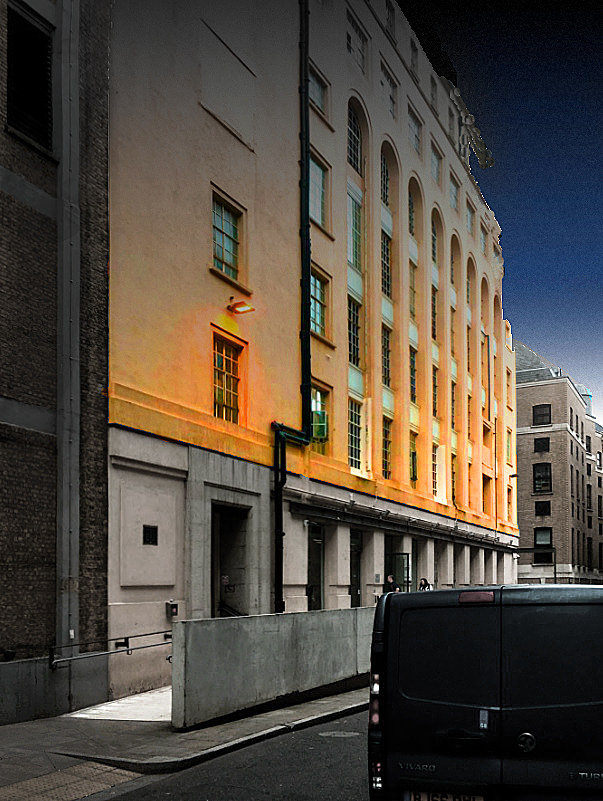 Thomas Linacre, who lived from about 1460 to 1524, was a humanist scholar and physician.  He founded the Royal College of Physicians at his home in Stone House, which stood near St Paul’s Cathedral in Knightrider Street. 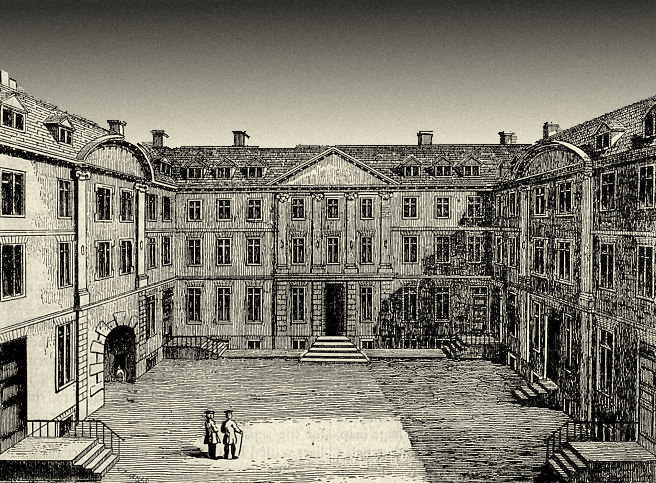 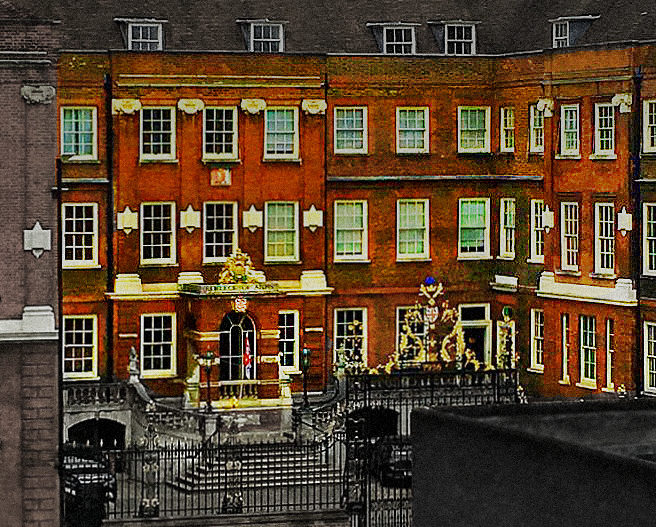 The College of Arms, which is the home of all things heraldic, has been in Queen Victoria Street in the City of London since 1555.  The site has not changed much.